Some 53% of all Jewish respondents agreed with the statement that “the religious population is gradually taking control of the state.”

By GREER FAY CASHMAN
DECEMBER 13, 2017 08:51
An Israeli casts her ballot for the parliamentary election at a polling station
(photo credit: REUTERS)
Advertisement
There is waning confidence on the part of the Israeli public in elected and appointed officials according to the Israel Democracy Institute survey that was presented to President Reuven Rivlin on Tuesday by IDI President Yohanan Plesner.The survey was conducted with 1,024 respondents representing a statistical sample of the population by a research team headed by Prof. Tamar Hermann from IDI’s Gutman Center for Public Opinion and Policy Research.It found that 45% of respondents believe that Israel’s democratic system of government is in serious danger, though there was a large difference among right- and left-wing voters on the issue. Among Jewish right-wing and religious voters, only 23% agreed with that statement; 72% of Jewish left-wing voters and 65% of Arab-Israelis agreed.Israeli democracy is in grave danger (Israel Democracy Institute)The division among the Right and Left was similar when it came to the statement that “the leftist judiciary, media, and academia interfere with the elected right wing’s ability to rule.”Some 53% of all Jewish respondents – 79% of secular Jews, 15% of Haredim (ultra-Orthodox) and 16% of religious-Zionist Jews – agreed with the statement that “the religious population is gradually taking control of the state.” 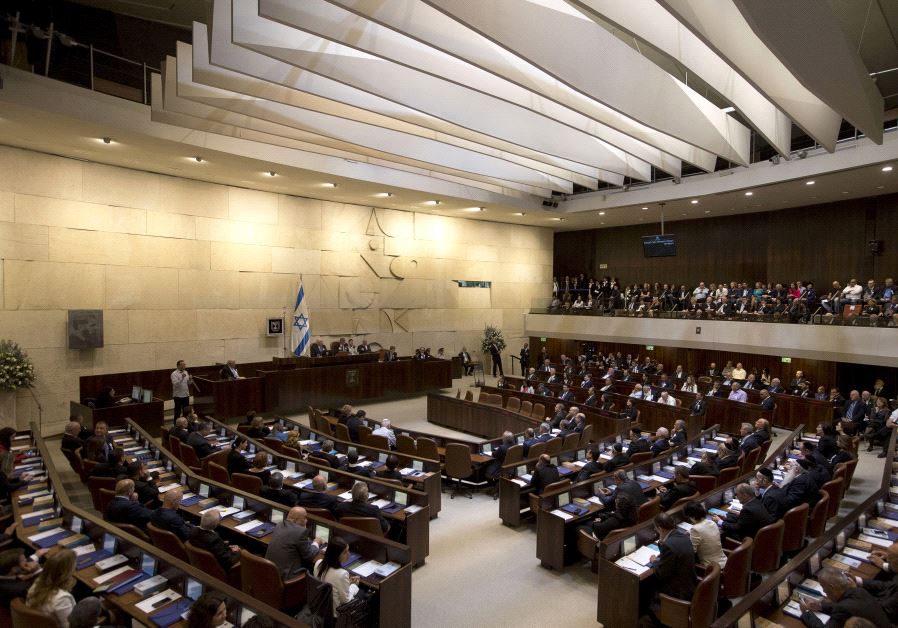 A general view shows the plenum during the swearing-in ceremony of the 20th Knesset, the new Israeli parliament, in Jerusalem March 31, 2015. (Reuters)The poll found that the general public is dissatisfied with the political system and its elected officials. Some 64% of the general public believes the government does not deal well with the country’s central problems.On a scorecard of confidence in state institutions and personnel, the IDF, the president, the Supreme Court and the attorney-general scored the highest among Jews with 88%, 71%, 57% and 44%, respectively.Among Arabs the four top rankings were the Sharia Courts, the Supreme Court, the IDF, and the president with percentages of 59%, 54%, 47% and 34%, respectively.Where Jews and Arabs came very close to consensus was in their lack of confidence in political parties, with only 15% of Jews and 16% of Arabs expressing confidence.Only 28% of Israelis trust the media. Fifty-six percent of Israelis believe the media describes the situation in Israel as being worse than it really is.Fake News? (Israel Democracy Institute)Although the findings were cause for concern, said Plesner, there are indications that the public is much more democratic than its elected officials. Though most Israelis were unhappy about Rivlin’s decision not to pardon Hebron shooter Elor Azaria, they were simultaneously opposed to incitement against Rivlin, he said.Hermann commented that politicians were not sufficiently interested in what is important to the public, and their decisions were based more on political interests than public welfare.