Among items is unique pendant, resembling one which belonged to Anne Frank.

Jewellery unearthed by archaeologists at Sobibor that was likely removed by Nazi gas chamber victims‏
Advertisement
Archeologists working at the former Nazi extermination camp Sobibór in Poland uncovered personal items that they believe were removed by Holocaust victims before they were sent to the gas chambers, the Yad Vashem Holocaust Museum announced Sunday.The items were found in the location believed to be where victims were forced to undress and have their heads shaved before being sent to their death. 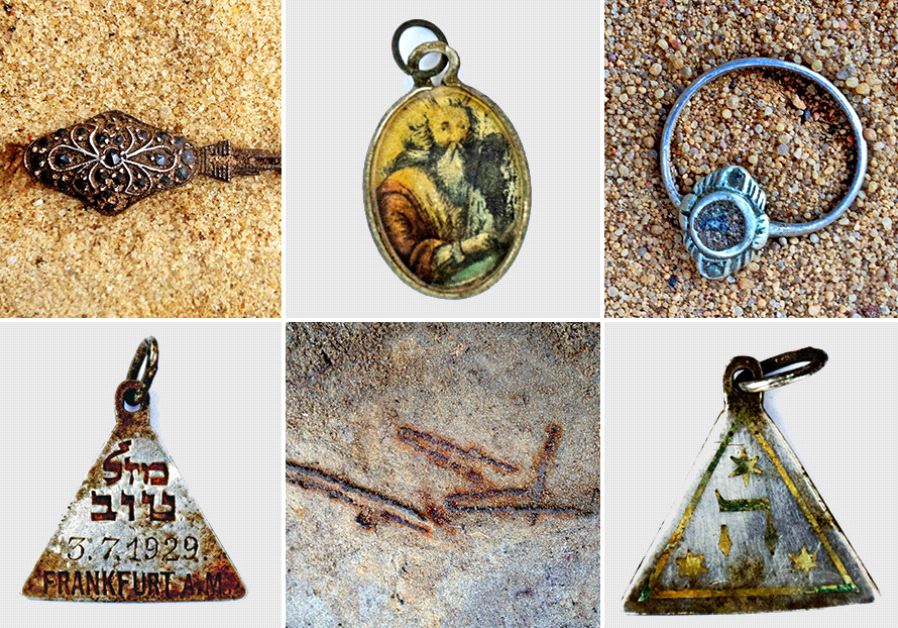 Jewellery unearthed by archaeologists at Sobibor that was likely removed by Nazi gas chamber victims‏ (Yoram Haimi/IAA)
The archeological findings were discovered by Polish archeologist Wojciech Mazurek, Israel Antiquities Authority archeologist Yoram Haimi and their Dutch colleague, Ivar Schute.The remains of the building dug up by the archeologists are located on the so-called “Road to Heaven,” the path along which Jewish victims were forced to walk to the gas chambers. The personal items found in the foundations of the building probably fell through the floorboards and remained buried in the ground until they were discovered this past fall.The items found include a Star of David necklace, a woman’s watch and a metal charm covered in glass with an etching of the image of Moses holding the Ten Commandments; on the reverse side of the charm is the inscription of the Jewish Shema prayer.A unique pendant has drawn particular attention, as it bears a close resemblance to one owned by author and Holocaust victim Anne Frank. On the pendant are engravings of the words “Mazal Tov” written in Hebrew on one side and on the other side the Hebrew letter “Hei” for Hashem as well three Stars of David. It is believed to have belonged to a child from Frankfurt.Through the use of Yad Vashem’s online pan-European Deportation Database “Transports to Extinction,” researchers found that the pendant might have belonged to a girl by the name of Karoline Cohn, born on July 3, 1929, who was deported from Frankfurt to Minsk on November 11, 1941.Yad Vashem said that while it is unknown whether Cohn survived the harsh conditions of the Minsk ghetto, her pendant reached Sobibór sometime between November 1941 and September 1943, when the ghetto was liquidated and the 2,000 Jewish prisoners interned there were deported to the death camp.Additional research revealed that both Frank and Cohn were born in Frankfurt; researchers are currently trying to locate relatives of both families and are exploring a possible familial connection between the two.“These recent findings from the excavations at Sobibór constitute an important contribution to the documentation and commemoration of the Holocaust, and help us to better understand what happened at Sobibór, both in terms of the camp’s function and also from the point of view of the victims,” said Prof.Havi Dreifuss, head of the Center for Research on the Holocaust in Poland at Yad Vashem’s International Institute for Holocaust Research. 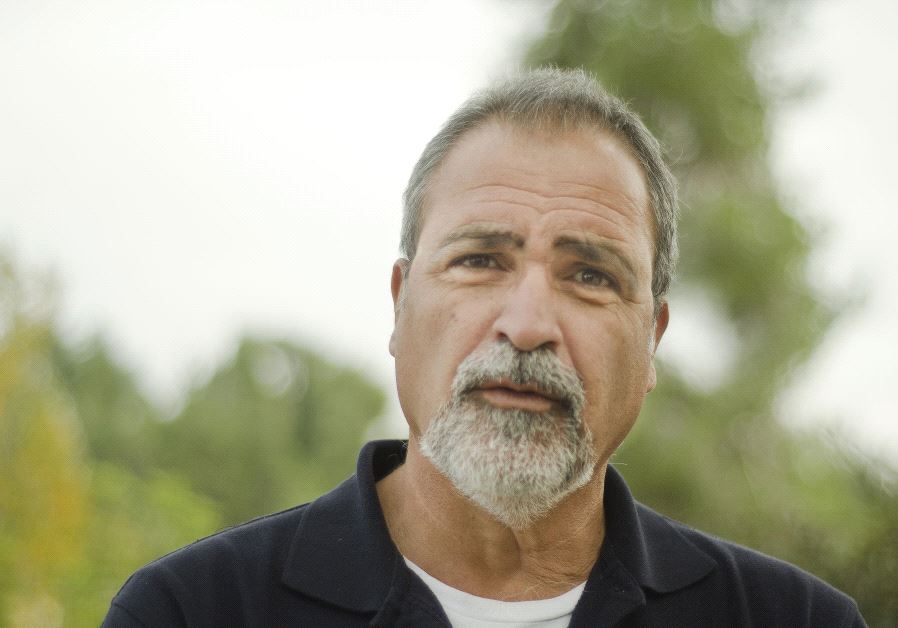 Archeologist Yoram Haimi (IAA)
The archeological excavations at the site began in 2007, with the end goal of establishing a museum and memorial site in the former Nazi extermination camp, in coordination with Yad Vashem’s International Institute for Holocaust Research.During that time, the excavations have led to several important discoveries, including the foundations of the gas chambers, the original train platform and a large number of personal artifacts belonging to victims. Among these were metal discs attached to charm bracelets typically worn by children, upon which were engraved contact information in case the children went missing.Yad Vashem said the most recent excavations had uncovered signs of the use of mechanical equipment to dismantle the camp, as well as imprints left in the ground where trees were planted in order to conceal evidence of the camp.“The significance of the research and findings at Sobibór grows with every passing season of excavation,” said Haimi. “Every time we dig, we reveal another part of the camp, find more personal items and expand our knowledge about the camp.“In spite of attempts by the Nazis and their collaborators to erase traces of their crimes, as well as the effects of forestation and time, we enhance our understanding of the history previously known to us only through survivor testimonies,” he added. “In this way, we ensure that the memory of the people killed there will never be forgotten. This pendant demonstrates once again the importance of archeological research of former Nazi death camp sites. The moving story of Karoline Cohn is symbolic of the shared fate of the Jews murdered in the camp. It is important to tell the story, so that we never forget.”