Music: Andalusian for all

The Israeli Andalusian Orchestra presents eclectic concerts around the country. 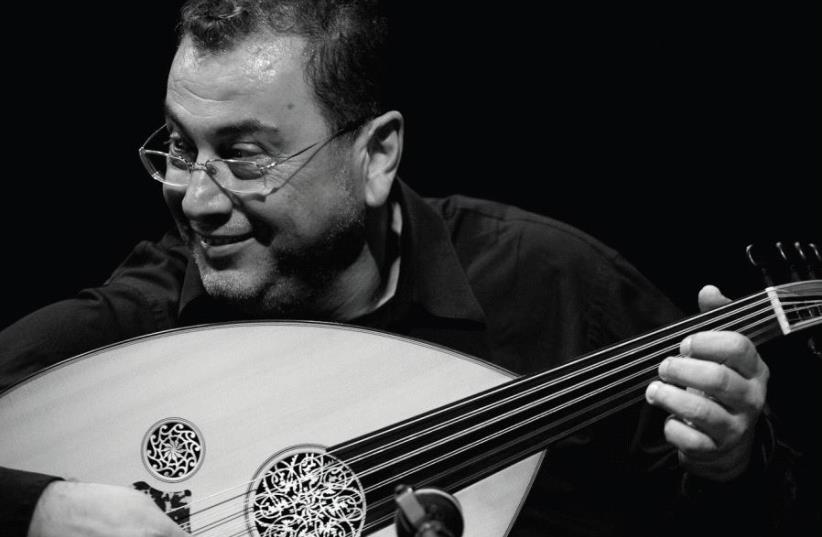 Taiseer Elias
(photo credit: SHMULIK BALMAS)
Advertisement
World music is not really a new notion in terms of the mingling and fusing of rhythms, sounds and sensibilities from across a range of cultures. Andalusian music, for example, is a style of Arabic music that has been around for some 1,200 years and incorporates various styles across the Maghreb region of Algeria and Morocco, as well as Tunisia and Libya.Some of that eclecticism will come across during the upcoming series of concerts by the Ashdod-based Israeli Andalusian Orchestra, which will run until January 24. The next slot will take place on Sunday at the Jerusalem Theatre, followed by shows in Kiryat Motzkin, Tel Aviv, Ashdod, Ra’anana and Beersheba.Orchestra musical director Yoram Azulai has pulled out all the stops to ensure that audiences up and down the country will get plenty of variety and star value for their ticket outlay.The headliner for the Between Arabia and the Maghreb program is stellar vocalist Achinoam Nini, with added firepower provided by liturgical song interpreter Binyamin Buzaglo and popular singer Ziv Yehezkel. And if that weren’t enough, the 20-piece Jaffa-based Rana Choir of Jewish and Arab women will provide substantial vocal support.Conductor Taiseer Elias, who doubles as co-musical director, has been on the scene for some time. The veteran violinist, oud player and educator has been working with the orchestra for more than a year and was looking forward to the current series.“Achinoam Nini is a rare talent, both in Israel and all over the world, and it is wonderful to be able to work with her,” notes Elias. “She has been working alongside guitarist Gil Dor for more than 20 years, and Dor is also on hand for Between Arabia and the Maghreb. And Binyamin Buzaglo is a wonderful paytan [liturgical singer] who brings an intuitive interpretation to the material he performs. He is very conversant with Andalusian music.”Yehezkel also packs plenty of musical and entertainment punch.“He’s a very good singer and oud player,” says Elias. “I’ve never worked with him before, but I have known of his work for quite a while, and I am looking forward to getting together with him.”It is, says Elias, a spread of talent and musical ethos tailored to offer audiences topnotch entertainment and plenty of points of interest.“Each brings their own individual style. So this is a meeting of musical styles, and each brings their own musical culture. There’s Eastern music, Andalusian music, Arabic music – Egyptian and Lebanese – and Achinoam Nini represents Israeli song and her own personal style, which is a degree Western, too,” he says.Nini will also infuse classical Arab material with her rich cultural background.“She will sing songs of [legendary Lebanese vocalist] Fairuz and [late Egyptian crooner] Abdel Halim Hafez, and she’ll sing a couple of duets with Binyamin [Buzaglo]. It’s going to be great fun,” Elias enthuses.The marriage of styles fits the Andalusian bill to a T.“Andalusian music incorporates combinations and syntheses,” says Elias. “But Andalusian music is also Arabic music.”It is also a fusion of sounds and disciplines that hail from a swathe of cultures.“They talk about the global village, but in terms of music that has been around for hundreds of years. There is music that stays cloistered within strict boundaries. There are always influences. I think that makes things more interesting,” says Elias.It also bodes well for a fascinating Between Arabia and the Maghreb program.

For tickets and more information: 1-800-693-693; www.andalusit.co.il
Advertisement
Subscribe for our daily newsletter