The ambiance at the Yellow Submarine was something between that of a rock concert and an intimate hafla in someone’s home back in Morocco. 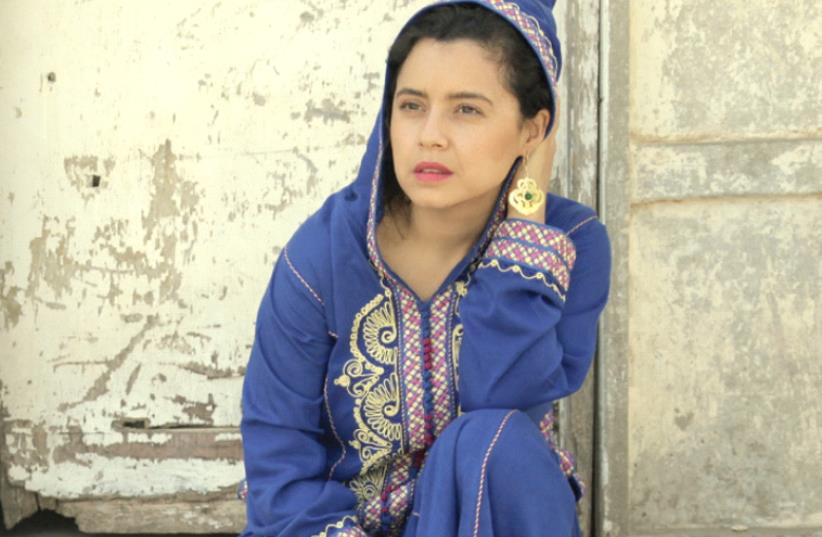 ISRAELI-MOROCCAN SINGER Neta Elkayam.
(photo credit: AMIT HAI COHEN)
Advertisement
ABIADI Oud Festival Yellow Submarine, November 21  The Yellow Submarine was the place to be on Monday evening. The Jerusalem venue hosted the Abiadi show in the current Jerusalem International Oud Festival, and the place rocked, rolled, grooved, and even did no small amount of gyrating.Abadi is a tribute to late Jewish Moroccan diva Zohara al-Fassia, and there couldn’t have been anyone better equipped to lead the show than Neta Elkayam. For starters she comes from the “right stock,” and she has immersed herself in Moroccan Jewish music and folklore for some years now.Elkayam is a natural leader, too. She fronted a large troupe, of seven instrumentalists and two other vocalists-percussionists, and did so, seemingly, without breaking sweat. Abiadi is also a classic example of how to bring traditional material into the here and now without losing touch with the source.There was everything in the show. Oozing charm and bonhomie, Elkayam led the packed-to-the-rafters audience through numbers made famous by al-Fassia, and got us to clap and groove, and even join in the singing. There was a palpable sense of a Moroccan hafla rather than a staged concert.Of late quite a few sephardi musicians have westernized ethnic music – the names of Persian music vocalist Maureen Nehedar and Iraqi music guitarist-vocalist Dudu Tasa spring to mind – but no one does it quite as naturally and successfully as Elkayam. Between the undulating meandering oud and violin lines, there was some thudding rock-oriented bass underscoring, accentuated by percussive interjections from the same end of the sonic register. There was even the odd blues-fused coloring.The whole delightful offering was cleverly enhanced by crackly recordings of al-Fassia’s singing which was deftly interwoven into Elkayam’s on-stage delivery. There was also a screen at the back of the stage which added a visual connection with the source, with shots and video excerpts of the diva, as well as some charming animation courtesy of Dotan Moreno.The ambiance at the Yellow Submarine was something between that of a rock concert and an intimate hafla in someone’s home back in Morocco, and we all left the place with a smile on our face and an energized spring in our step.