The "Procession of Return" has been taking place since 1998 and was organized by the Association for the Protection of the Rights of the Displaced.

By JULIANE HELMHOLD
APRIL 19, 2018 17:07
Dozens protest for Palestinian right of return on Israel's Independence Day
(photo credit: YAHIA AMAL JABARIN/ TPS)
Advertisement
Dozens participated in the "Procession of Return" near Atlit on Thursday, Israel's Independence Day, to protest for the right of return for Palestinian 'refugees'.The "Procession of Return" has been taking place since 1998 and was organized by the Association for the Protection of the Rights of the Displaced, which unites local committees of dozens of villages from around Israel, a spokesperson for the organization said.The association and the Higher Arab Monitoring Committee called upon the Arab public and different Jewish groups to participate in the march in order to emphasize the rights of Palestinian 'refugees' in general and in particular their right of return. According to spokesperson, an estimated 3 out of 10 Palestinians in Israel were displaced.MK and Chairman of the Ta'al Party Ahmad Tibi, who participated in the march, stated that "This is the day marking the erasure of more than 500 Arab villages and the expulsion of hundreds of thousands of Palestinians from their homes. This is the day when the Palestinians unite here with memory and grief over shattered families and brothers who have been separated in all directions." 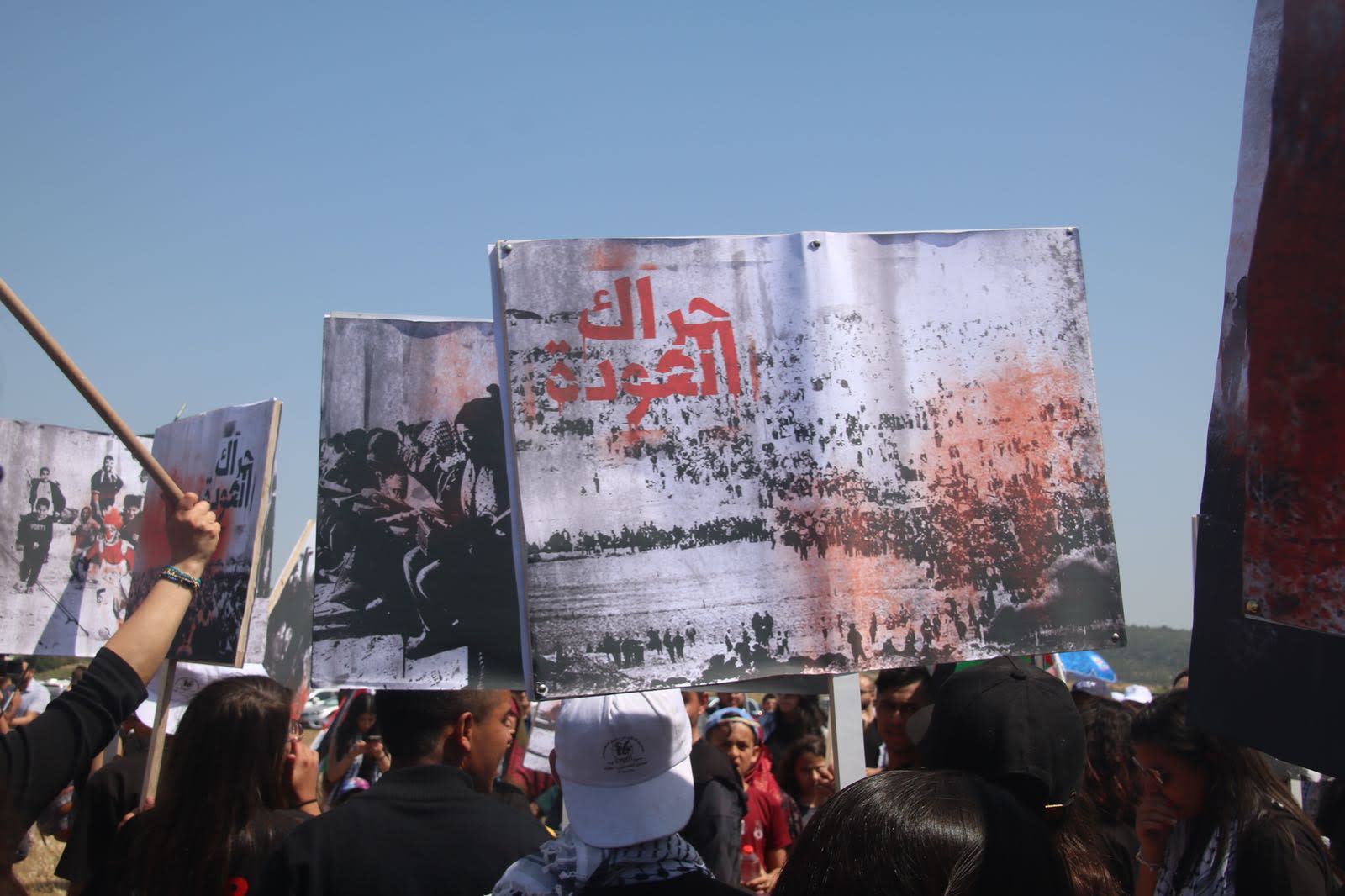 Dozens protest for Palestinian right of return on Israel's Independence Day (YAHIA AMAL JABARIN/TPS)Recounting the history of day, he emphasized that "What happened then was Nakba, a human and national disaster by any measure. Hundreds of thousands of Palestinian civilians live close to the communities from which they were uprooted.""The State of Israel and the Jewish majority must recognize us as equal citizens and do so, and in addition must recognize our national identity as Palestinians," he continued. "Empathy for the suffering of the other is an important factor in narrowing differences and bridging disputes. This is the time to recognize our Palestinian narrative.""Nakba Day," or "Day of Catastrophe," is observed annually by Palestinians and Israeli-Arabs to commemorate the events following the establishment of the State of Israel in 1948. According to the Palestinian narrative, approximately 700,000 Arabs fled or were expelled from their homes during the 1948 Israeli War of Independence.Nakba Day is marked on May 15, the day following the Gregorian calendar date for Israel's independence. Israel celebrates its Independence Day according to the Hebrew calendar date.