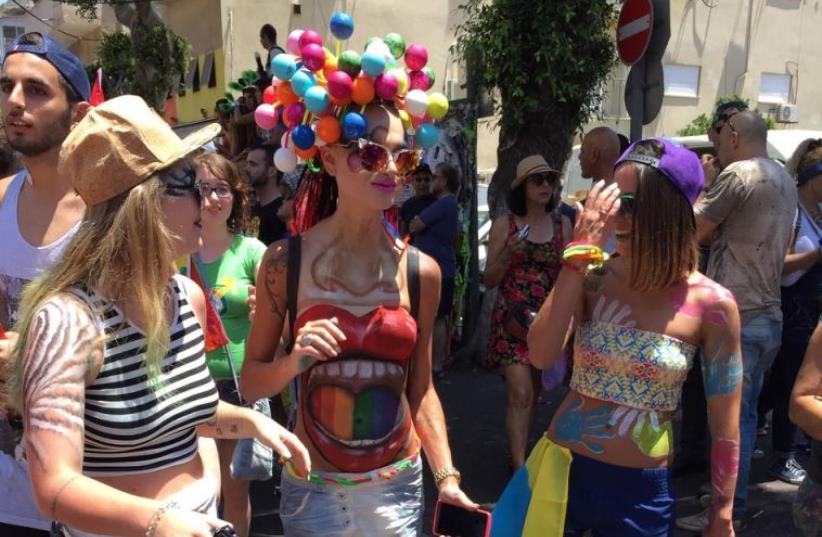 Gay Pride Parade in Tel Aviv
(photo credit: CORAL BRAUN)
Advertisement
Around 180,000 people came to party in central Tel Aviv on Friday for the annual Gay Pride Parade, and police were deployed in force to secure the event and redirect traffic in the notoriously congested city.The march began at noon after a party at Gan Meir on King George Street. It then made its way down Bograshov Street to Ha-Yarkon Street, Frishman Street and then south on Herbert Samuel Boulevard along the seaside – ending at Charles Clore Park, where the party will carry on until nightfall.Israel Police said that as of 11:30 a.m. there will be a number of roads shut down to traffic in the city. Bograshov Street will be closed in both directions from King George Street to Ben Yehuda Street. Marmorek Street will be closed from Ibn Gabirol Street to Rothschild Boulevard. Arlozorov Street will be closed from Ibn Gabirol to Hayarkon Street. Ben Yehuda Street will be closed entirely from Allenby Street to Dizengoff Street. Allenby will be closed from Moshavot Square to Herbert Samuel Boulevard. Roads will also be closed in Jaffa, including a large portion of Jerusalem Boulevard. 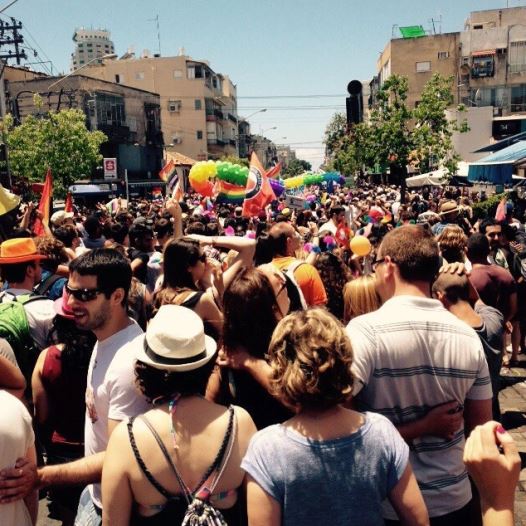 A street packed with people for the 2015 Gay Pride Parade in Tel Aviv.(photo credit: Daniel J. Roth)Tel Aviv police said parking will not be allowed along the parade route, which was enforced beginning at 7:00 a.m. Any cars parked on the route will be towed.