The Israel Air Force took down a UAV which infiltrated Israeli aerial territory on Thursday afternoon. The drone appears to belong to Hamas and came from the direction of the Gaza Strip. 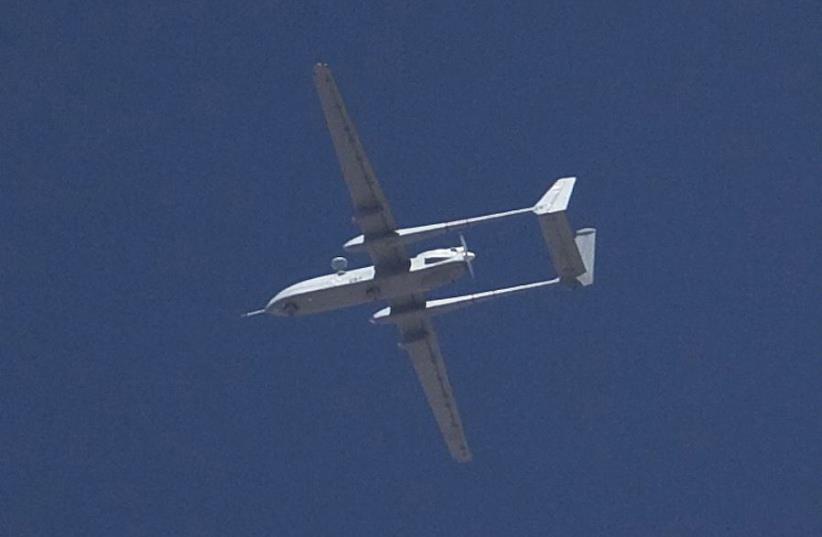 Drone (illustrative)
(photo credit: REUTERS)
Advertisement
An Israel Air Force F-16 downed an unmanned aerial vehicle belonging to Hamas on Thursday afternoon, intercepting it after it left the Gaza Strip and bringing it down into the sea before it managed to enter Israeli airspace.“The IDF will not allow any airspace violation and will work with determination against any such attempt,” the military said.Since Operation Protective Edge in 2014, Hamas has invested in its drone capabilities. In recent years its UAVs have on occasion come near, and sometimes breached Israeli airspace, leading the IAF to scramble jets or fire missiles.During Operation Pillar of Defense in 2012, the IDF struck Hamas facilities that were being used to develop drones capable of carrying explosives, with the OC Southern Command at the time, Maj.-Gen. Tal Russo, saying that the military destroyed “advanced weaponry like the development of a UAV that isn’t used for photography but for attacks deep inside Israel.”This past December, Muhammad Zouari, Hamas’s chief UAV expert and engineer, was assassinated in Tunisia. According to Hamas’s armed wing, the Izzadin Kassam Brigades, Zouari, who had been a member of the group for 10 years and supervised its drone program, was gunned down in his car near his home close to the city of Sfax.Hamas has blamed the Mossad for his assassination and warned that “the enemy must know the blood of the leader Zouari will not be shed in vain.”Both Islamic State and Hezbollah have used weaponized drones to carry out attacks, and in October 2016 The New York Times reported that the Pentagon was struggling to deal with the aerial threat posed by ISIS.Islamic State recently posted several photos online with instructions on how to weaponize a small quadcopter with an RKG-3 anti-tank stick grenade, RPG-22 one-shot disposable anti-tank rocket launcher, and RPO anti-tank rocket. It has also made dozens of claims of having used drones to drop explosive devices onto Iraqi troops in the ongoing battle for Mosul.Hamas is reportedly also producing drones that can carry explosive devices.In April 2015, Tal Inbar, head of the Space Research Center at the Fisher Institute for Air and Space Strategic Studies in Herzliya, told The Jerusalem Post that Hamas produces its own drones, including some that have explosive devices on their wings.As with the Islamist group’s attack tunnels, weaponized drones is something “that Israel must prepare for,” Yoram Schweitzer, senior research fellow and head of the Program on Terrorism and Low Intensity Conflict at the Institute for National Security Studies in Tel Aviv, told the Post in a recent interview.Nonetheless, if it does use weaponized drones, “Hamas knows the retaliation will be very deadly. It would be an act of war,” Schweitzer said.