Police confirmed that two attackers were arrested and one was shot; assailants reportedly wore disguises; multiple other casualties.

By BEN HARTMAN, YAAKOV LAPPIN
JUNE 9, 2016 08:04
Tel Aviv shooting
Advertisement
Following the deadly terrorist shooting in Tel Aviv on Wednesday night that left four people dead and several others wounded, the Coordinator of Government Activities in the Territories, Maj.-Gen. Yoav Mordechai, cancelled the easing of some security restrictions that were in place for the Muslim month of Ramadan.After an evaluation held by Prime Minister Benjamin Netanyahu, Defense Minister Avigdor Liberman, and IDF Chief of Staff Lt.-Gen.Gadi Eisenkot, Mordechai ordered the freezing of 204 entrance permits for relatives of the attackers. Additionally, 83,000 permits for Palestinians in the West Bank to visit family members in Gaza have been revoked, and all easing of security measures for Gaza Strip residents during Ramadan, particularly access to Temple Mount prayers, have been cancelled.The coordinated terrorist assault on Tel Aviv’s Sarona Market Wednesday evening is one of the deadliest attacks in the city since Palestinian violence erupted last October.Tel Aviv Police head Asst.-Ch. Moshe Edri called the shooting a “serious terrorist attack,” saying that two terrorists came to the market and opened fire randomly at civilians. Eyewitnesses said that the terrorists were disguised as religious Jews and wore kippot.Edri said the police did not have warnings of a terrorist attack at the site. He said police have increased deployments in the city but that school would be open on Thursday and people can keep their normal routine, though he also implored the public to exercise caution and to report suspicious persons.The two attackers were relatives from Yata in the South Hebron Hills and were said to be in their twenties.The Hebron area is a known Hamas stronghold. 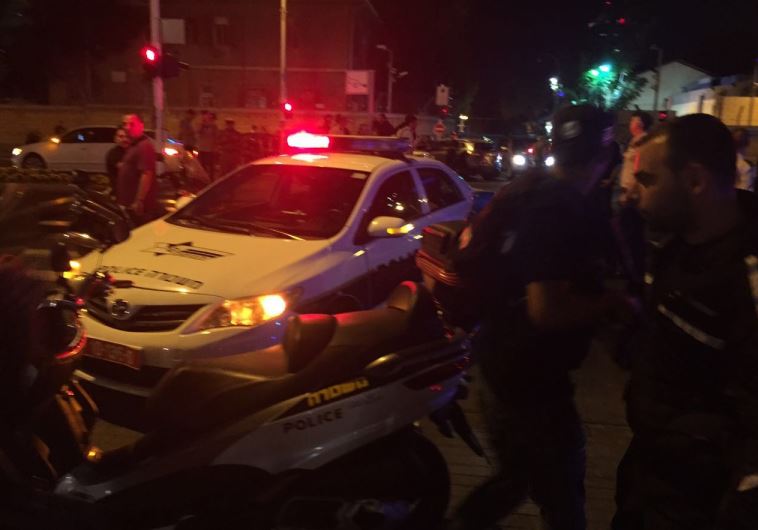 A number of the wounded were sitting in a single café at the location when they were shot. Gunshots were also reported on Ha’arbaa Street next to the Cinematheque, where at least one of the attackers was arrested after fleeing the scene.Mayor Ron Huldai said that while Tel Aviv “is a target for terrorists, we will continue to live in this city... terrorism will not defeat us and we must strive for peace.”Dr. Pini Halperin, head of the emergency room at Ichilov Hospital, said the hospital received 10 wounded people, three of whom later died of their wounds. He said one of the terrorists was among the wounded being treated in the hospital, and was listed in serious condition on Wednesday night.Police could not confirm reports that the attackers were disguised as haredi men. Videos shot by civilians showed the shooting of one of the attackers not far from the shopping center.United Hatzalah medic Davidi Dahan said when he arrived at the scene he saw “two young people who were suffering from gunshot wounds outside of a restaurant at the Sarona Market. We treated them – as well as numerous other individuals who were suffering from shock.”MK Itzik Shmuly was nearby when the shooting began. He said he was walking down Ha’arbaa Street when he heard gunshots.“People started running hysterically in all directions, and I saw what looked like a chase after the terrorist, but I didn’t see him,” he recounted. “Then they took a lot of people to the parking lot to be treated for shock. I went in to try to calm people down.”Shmuly said many people were nervous because of “disinformation that there’s another terrorist walking around,” but that he was unable to get any confirmation if that was true or not.Police said the investigation is ongoing.
MK Amir Ohana, a former Shin Bet (Israel Security Agency) agent, drove to the site of the attack after hearing about it while in his car not far away.“The scene was totally upside down: chairs overturned, broken glass, half-eaten cakes left on tables, and a ton of blood,” he described. “I could see that terrorists shot with automatic weapons, and they were caught soon after.”He said there was nothing for him to do to help once he had arrived, because Magen David Adom “worked very fast, did great work.”Prime Minister Benjamin Netanyahu landed in Israel Wednesday evening from his trip to Moscow to news of the terrorist attack. He headed straight to the Kirya military headquarters in Tel Aviv for consultations with Defense Minister Avigdor Liberman and Shin Bet director Nadav Argaman The attack is the first terrorist shooting in Tel Aviv since New Year’s Day, when Israeli Arab Nashat Milhem opened fire at a Dizengoff bar, killing two before murdering a cab driver.Tovah Lazaroff contributed to this report.