5,000 job openings in the hi-tech industry every month. 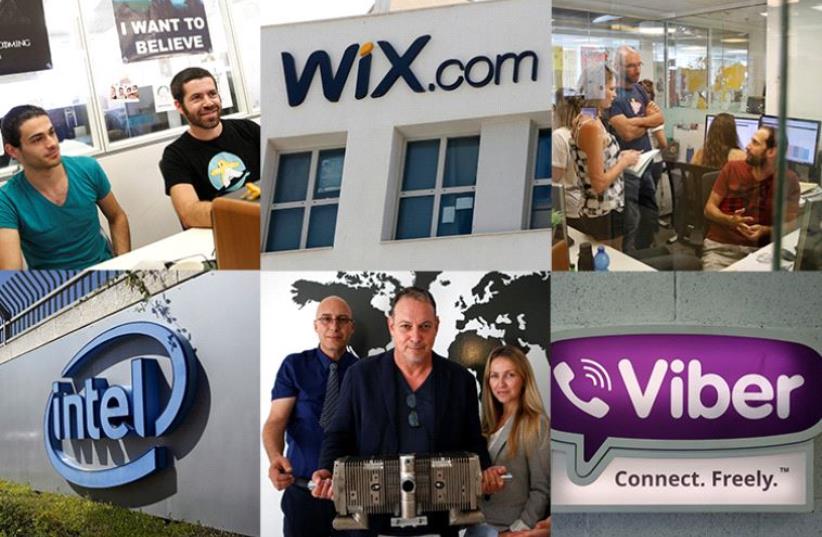 Israel hi-tech
(photo credit: REUTERS)
Advertisement
Arabs account for 20% of the population, but only 2% of hi-tech employees. “Not even,” IT Works founder and executive director Ifat Baron recently told The Jerusalem Post.IT Works was established in 2006 with the aim of eliminating employment inequity, by helping minority populations in Israel launch careers in the hi-tech and communications industries.One of the organization’s flagship programs, ExcelHT, runs in collaboration with the Joint Distribution Committee’s Tevet Employment Initiative and the Economy Ministry. The program helps outstanding Arab students and graduates find employment in hi-tech.“In the fields of hi-tech you are encouraged to work in a company to gain experience while you are still studying,” Baron said. “The Arab student doesn’t look for work because he wants to excel in his studies, and he may now know that you have to start [gaining experience] as a student.”“In contrast, his Jewish friend may have also gained experience in the IDF and has been working two to three years in a student position,” she continued.“So without even comparing Jewish and Arab, the Jewish student already has 5 years’ experience and now add into the equation racism, discrimination, geographical location – the Arab student is starting at a disadvantage.”Baron noted that geography also plays a factor, as most hi-tech companies are located in the Center while most Arab students live far away.“A Jewish candidate completes his studies with 5 years’ experience and he lives in the Center – who do you think the company will hire?” she asked.According to Baron there are 5,000 new job openings in the hi-tech industry every month, and the demand is far greater than the supply of promising candidates.“There are Arab students, graduates from the Technion, who have spent one year looking for a job,” she said. “Put this in the context that there are far more job openings than candidates.”The ExcelHT program aims to bridge this divide, providing hi-tech companies much needed manpower while providing employment opportunities for the Arab sector.The program provides an holistic approach. Participants receive career counseling and are coached in the basics, such as writing a resumé, building career plans and improving English skills.“We train them, but the [Arab] students don’t have a problem with technology or knowledge, what they really lack are the contacts,” Baron said.“In Israel if you are not in the right club - the closed club of graduates of 8200 (an elite IDF cyber program) - then it is really difficult to find work [in hi-tech],” she explained. “This is an industry where a friend brings a friend and so we are their networking.”A significant aspect of the program involves holding orientation days for Arab students and graduates at major hi-tech companies.“For example, at Checkpoint we bring engineers who want a job and then we hold roundtable discussions with [Arab] engineers working there,” she explained. “This gives a real opportunity for the company to meet potential employees and for the Arab students to hear from others who have successfully completed our program and found employment.”The program has had tremendous success, with a 98% success rate for finding employment for Arab students and graduates, Baron said.Saeed Matar is a graduate of the program and one such success story. He started studying mechanical engineering in the Technion in 2009 but found it very difficult to find work while still a student.“In my field the requirements, many of which require security clearance, are not really relevant for the Arab sector,” he told The Post.Matar enlisted in the ExcelHT program during his senior year of studies and was quickly able to find employment.“The program gave me a better understanding, expanded my knowledge and gave me tools that I needed to succeed,” he said. “Most importantly it provided me with networking days - where I was introduced to a successful [Arab] manager, who turned out to be my manager.”After gaining some work experience, Matar once again approached IT Works, this time as a graduate.“It was hard to get into the large companies like Coca Cola, Intel, Procter & Gamble, etc. I called the head of the organization and she said the best way to get into those companies was through them,” he said.Within two months, Matar found a job in his field at HP Indigo, where he has been working for the past three months.“They helped me all along the way, in preparing for interviews, gave me professional solutions for the period that I needed, he said. “I am still a good friend of the organization and participate in all their events and I try to help anyone who needs along the way.”Baron said that the organization is constantly expanding its list of companies eager to hire Arab employees.“We are working with companies who are now hiring their very first Arab employee,” she said.One such startup is Meekan, a promising hi-tech company which developed a “personal assistant chatbot” which connects calendars between people. “As a company we decided that in addition to our business contribution, we also have to contribute socially,” Lior Yavor, co-founder and CEO of Meekan told the Post. “We found a group of unending, talented people, ready to work and ready to learn and to give of themselves and the process has proven itself,” he said.Yavor added that by hiring graduates of the program, the company and its employees are able to reach a new group of people that they would otherwise not have been privy or open to approaching. The firm was recently bought out by the Swiss giant Tamedia AG.IT Works has had tremendous success in integrating Arab students into hi-tech, boasting some 200 graduates of the program annually. The organization has recently announced it is expanding its programs to also integrate ultra-Orthodox into the hi-tech industry.“We are always trying to develop new programs for population groups who are discriminated against,” Baron said, “because only then will we be able to break the glass ceiling.”