Obama signs disaster declaration for areas in Texas which has been hammered by record breaking rain. 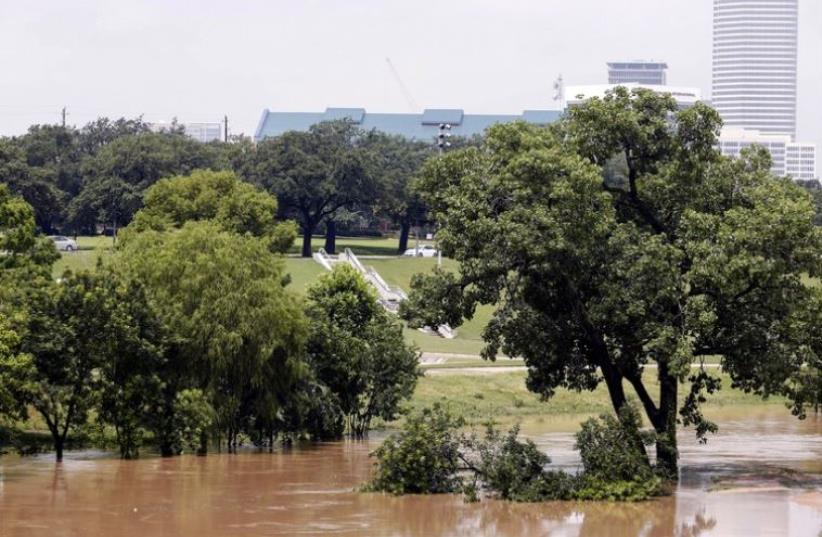 Buffalo Bayou Park in Houston after massive flooding, May 27, 2015
(photo credit: ERIC KAYNE/AFP)
Advertisement
The Israeli organization IsraAID will be sending a team to help relief efforts in Texas, where massive flooding has killed at least 21 people and spurred evacuations.“IsraAID will be mobilizing its relief team from Israel to support the thousands of people impacted by these latest storms,” said Shachar Zahavi, IsraAID’s executive director.A team of 10 IsraAID volunteers will depart on Sunday for Texas, where they will help with removing debris from damaged houses, Zahavi told The Jerusalem Post.The organization will be partnering with US disaster relief organization Team Rubicom and will be helping people in the Austin area. The work will assist homeowners to turn to the Federal Emergency Management Agency (FEMA) to receive assistance, Zahavi said.He added that the mission to Texas is not the first time that IsraAID has been involved in US disaster relief.Zahavi listed floods in Denver and Detroit, wild fires in Washington, hurricanes in Oklahoma, Hurricane Sandy in New York, and Hurricane Katrina in New Orleans as other disasters when his organization lent assistance.US President Barack Obama signed a disaster declaration late on Friday for areas in Texas which have been hammered by record breaking rain. Storms that battered North Texas on Thursday and Friday added more runoff to swollen rivers and prompted hundreds of calls for help in Dallas, where some areas saw up to seven inches (17.8 cm) of rain.“Communities across the State of Texas have experienced devastating destruction, injury and – most tragically – loss of life due to the major and unceasing severe weather system that has been impacting our state for weeks,” said Gov. Greg Abbott, who has declared 70 counties disaster areas.