By ANNA AHRONHEIM
THE IDF’S ELITE Duvdevan unit and the Czech Armed Force’s 601st Special Forces Group train together recently in urban-warfare techniques at Tze’elim Army Base in the Negev.
(photo credit: IDF)
Advertisement
A joint, two-week-long military exercise between Israeli and Czech special forces in the Negev Desert came to a close on Tuesday.The IDF’s elite Duvdevan unit and the Czech Armed Force’s 601st Special Forces Group participated in the drill. The exercise was held at Tze’elim Army Base and emphasized urban warfare, including techniques for breaking into structures.Fighters also focused on improving their individual capabilities, shooting skills and sniping.According to the IDF, the goal of the joint exercise was to study the skills and practices of each army.Captain C, a platoon commander in Duvdevan, said the drill and the cooperation with the Czech special forces was a “meaningful and substantial” experience for the unit.“The forces trained together in a built-up area in the Tze’elim area, with the goal of learning together,” he said. “There is no doubt that this was a successful and meaningful drill for both sides.”While it is not the first time that Czech troops have trained in Israel with the IDF, according to Asst.-Cmdr. Sgt. Pavel Vanecek of the Czech army, “the mutual training with the Duvdevan unit was the first opportunity to share combat knowledge and experience in the urban environment with such an elite unit. This bilateral cooperation has been beneficial to both sides and demonstrates a cordial relationship between the countries.” 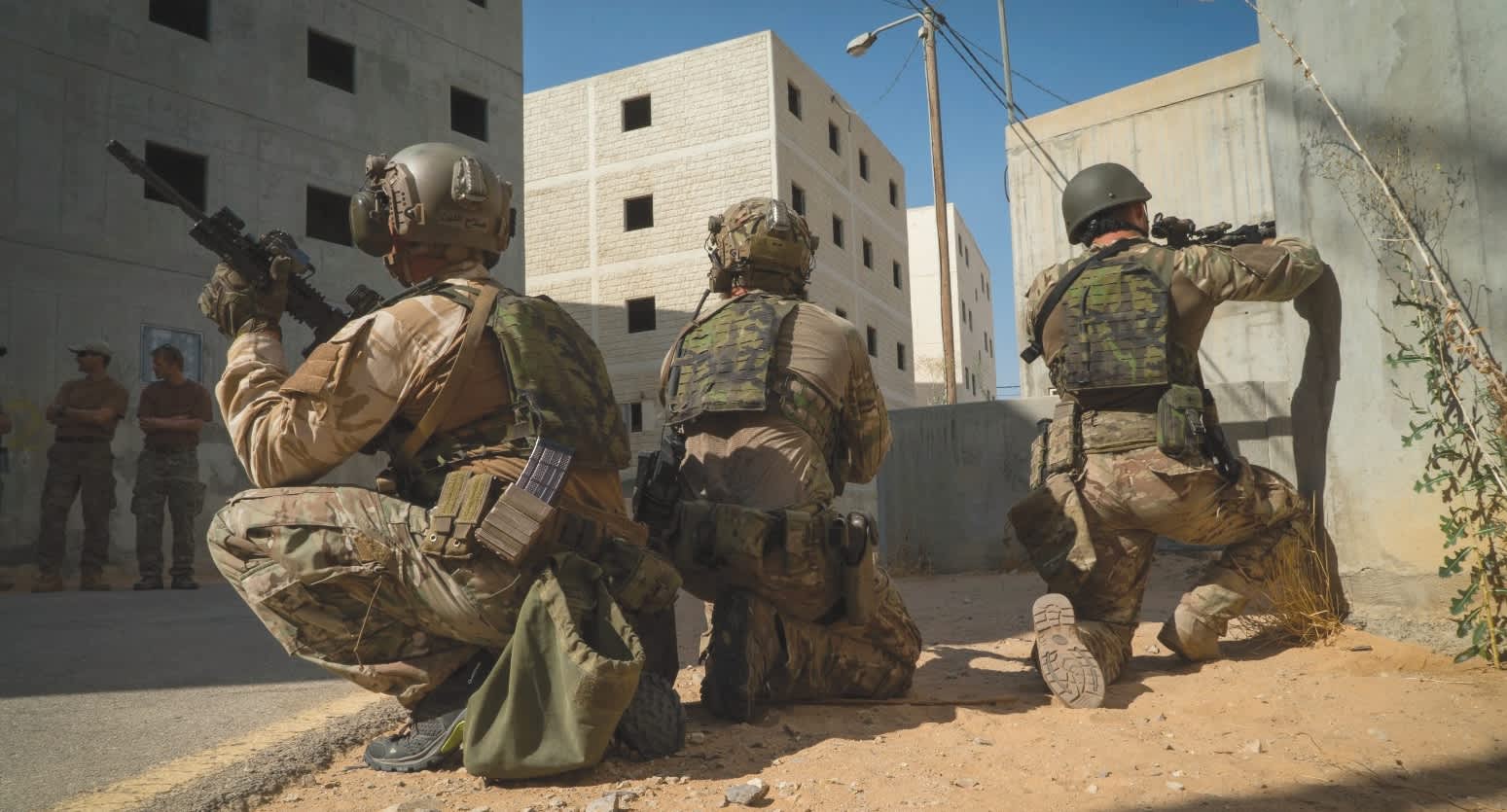 THE IDF’S ELITE Duvdevan unit and the Czech Armed Force’s 601st Special Forces Group train together recently in urban-warfare techniques at Tze’elim Army Base in the Negev. (IDF)
Soldiers in the 601st Special Forces unit have been deployed on several foreign missions, including Saudi Arabia and Kuwait during Operation Desert Storm in 1990, and Afghanistan during Operation Enduring Freedom in 2004.Duvdevan is known for its role in undercover operations behind enemy lines, and was decorated last year for outstanding service by IDF Chief of Staff Lt.-Gen. Gadi Eisenkot.The unit, which has been engaged in constant operations in the West Bank since the recent wave of violence began in September 2015, has participated in hundreds of operations in complicated conditions in order to capture wanted Palestinians, foiling planned terrorist attacks and destroying terrorist infrastructure.The citation by Eisenkot was awarded to the unit for demonstrating determination, courage and creativity in carrying out its missions.While ties between the Czech Republic and Israel have not always been close, Prague was crucial in the establishment of the Jewish state and was its major arms supplier, providing almost 35,000 rifles, pistols, machine guns, mortars, ammunitions, bombs and 25 Avia S-199 fighter jets to the fledgling IDF.In January, Czech Defense Minister Martin Stropnicky said that Prague would spend some $7.1 billion over the next 10 years to upgrade the country’s armed forces.In June, The Jerusalem Post reported that the Czech Republic would be sending a new attaché to Tel Aviv in charge of research, development and purchasing for its Defense Ministry.The diplomatic posting is part of a pilot project to facilitate relations between Czech and Israeli defense companies, said Deputy Defense Minister Tomas Kuchta.In late May, the Czech parliament approved a resolution recognizing Jerusalem as the capital of Israel, condemned UNESCO for its recent anti-Israel resolutions and called for a stop on its membership fees to the UN agency until it no longer displayed an anti-Israel bias.The parliament also endorsed a two-state solution and called for direct Israeli-Palestinian peace negotiations without preconditions.Prime Minister Benjamin Netanyahu praised Prague for its action, calling it a “correct, worthy and courageous decision that others should copy.”