“Hundreds of families every year were suffering and feeling alienated from Jewish tradition when this didn’t need to be the case, because customs can change over time" 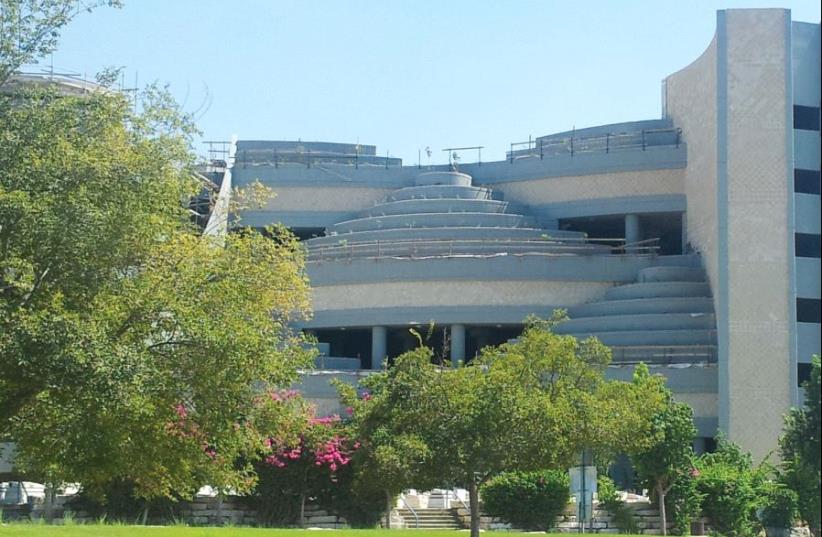 The Yarkon Cemetery project on Gefen burial hill
(photo credit: PENGER SAGIV ARCHITECTS)
Advertisement
The death of a newborn is a painful tragedy for anyone who experiences it.But for many years in Israel, many parents who went through such a trauma have been kept from participating in the burial of their infant or stillborn and have not even been able to find out where the children were buried.This stems from an old Jewish custom in which parents do not traditionally participate in the burial of infants who die less than 30 days after being born, including those who are stillborn.Jewish law states that unlike deaths of other children and relatives, parents of a stillborn baby or a newborn under 30 days old are not obligated to observe the normal mourning rituals such as the funeral procession and the recital of mourning prayers.In recent years, however, more and more parents who have suffered such a loss have been determined to participate in the burial, often as part of a need to achieve closure of such a harrowing experience.Despite this, the large majority of burial societies refuse to allow families to do so, citing the old customs.After working on this issue for several years, the ITIM religious services advisory and lobbying group helped convince the Religious Services Ministry to change the guidelines for burial societies dealing with such deaths, allowing families to have the right to know the location of the burial site and attend the burial if they wish.Yet, to a large extent, the burial societies continued to prevent parents from doing so.ITIM continued its efforts to change the situation, and through dialogue with officials in the Religious Services Ministry and the Chief Rabbinate, eventually brought about a formal change to the ministry’s regulations governing such deaths in September 2017.In November, a Knesset committee hearing on the issue brought it to the attention of the wider public.Since then, said ITIM director Rabbi Seth Farber, the organization has received some 400 phone calls from parents who lost an infant or had a stillborn child in the past, seeking to find out their burial site and gain access to it.THE EINY FAMILY experienced such a tragedy in 1975, when a baby girl died just two days after having been born.The baby was born prematurely at just 26 weeks, and died shortly after being put in an intensive care unit.Hospital officials never gave the parents a death certificate, and the deceased baby was taken away and buried without the parents ever having had the opportunity to say goodbye.Just last week, the mother of the family, who did not wish to be interviewed at this stage, saw a news item about the rights of parents to be given the location of their deceased babies.She had her daughter Naomi Feldman contact ITIM, and she was given details of the death of her baby daughter a day later. Final confirmation of the burial site will be obtained after Passover.Feldman said that for almost the entire 43 years since the baby died, the mother had been suspicious about what had happened, and even wondered if her daughter had been kidnapped, since she never even got to see the body after she was pronounced dead.The mother has ever since even said the traditional blessing for children said on Friday night for her lost daughter.When Feldman told her mother that they had received the death certificate and would shortly find out the place of burial, she said she was extremely relieved and expressed a wish to go to the burial site as soon as possible.“Finding out gives you certainty. When you live in uncertainty, you think maybe you have another sibling elsewhere, you wonder how her life was, and if she has been treated well,” said Feldman.“When you don’t let someone see the body, get closure, and come to terms with the death, there can be a big question mark whether or not they are really dead.”Feldman also said she was “incredibly grateful” to ITIM for having worked on this issue, allowing her mother and the entire family to gain closure on the death of their daughter and sister after so much time.The new regulations stipulate that the new threshold for rights to access to the burial ceremony and site is any fetus who died 20 or more weeks from conception.The regulations state that all burial societies are obligated to consent to the requests of families in such circumstances, although this has still been difficult to ensure.There is currently a tacit understanding that at least one burial society in every city will deal with deceased babies if the family wishes to be involved in the burial, although even this has been hard to guarantee in some cities.In Jerusalem, for example, Farber said that the one burial society which has been more flexible still only allows the family to stand at a distance from the burial site during the burial, and only once the baby has been buried does it allow them to approach the site.Other cities, however, have fully adopted the new regulations and Farber said he hopes all burial societies will eventually adopt the new practices.“Hundreds of families every year were suffering and feeling alienated from Jewish tradition when this didn’t need to be the case, because customs can change over time,” said Farber.“We believe that the way this issue has been addressed shows that change can be achieved without loud fights, and through negotiation and dialogue in order to create a consensus.”