Haifa-based university "provid[es] undeniable support to the military occupation and colonization of Palestine," the petition reads. 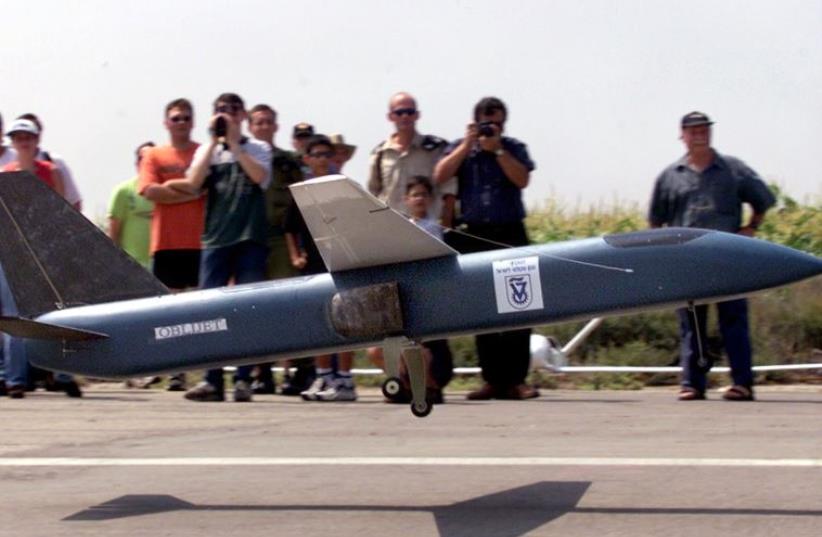 The prototype of the Oblijet supersonic drone lifts off on its maiden flight under the gaze of its Technion University developers
(photo credit: REUTERS)
Advertisement
A group of Italian academics is circulating an online petition on Friday demanding that institutes of higher learning sever all cooperation with the Haifa-based Technion Institute for what they claim is its complicity in Israel’s military rule over the Palestinians.“Israeli universities collaborate on military research and development of weapons used by the Israeli army against the Palestinian population, providing undeniable support to the military occupation and colonization of Palestine,” the petition reads.The professors argue that the Technion should be shunned due to its close ties with Israel’s “military-industrial complex.”"Technion is involved more than any other university in the Israeli military-industrial complex,” according to the petition. “The institute carries out research in a wide range of technologies and weapons used to oppress and attack Palestinians.”The academics allege that it was the Technion which developed the technology to allow Caterpillar D-9 bulldozers, “used by the Israeli army to demolish Palestinian homes,” to be operated with remote control.Technion experts also invented “a method for detecting underground tunnels, developed specifically to maintain Israel’s siege on the Gaza Strip,” the petition reads. The university is also accused of helping Israeli arms manufacturers develop drones “used by the Israeli army to fire on civilians in Lebanon in 2006 and in Gaza in 2008-2009 and in 2014.”“The operation of the vast Israeli military-industrial complex largely depends on the willingness of governments, companies and research centers around the world to collaborate with universities and research centers in Israel,” the Italian scholars wrote. “The longstanding and active ties Technion maintains with the Israeli military and weapons industry makes it directly complicit in their violations of international law.”Thus far, the petition has attracted the signatures of nearly 170 scholars from a number of colleges and universities throughout Italy. Israel’s oldest university, the Technion is considered one of the world’s most prestigious polytechnic institutions, having produced four Nobel Prize laureates.