Ultimately, the banners and balloons with Trump’s name in Hebrew that were distributed in Israeli shopping malls did not impact the election. 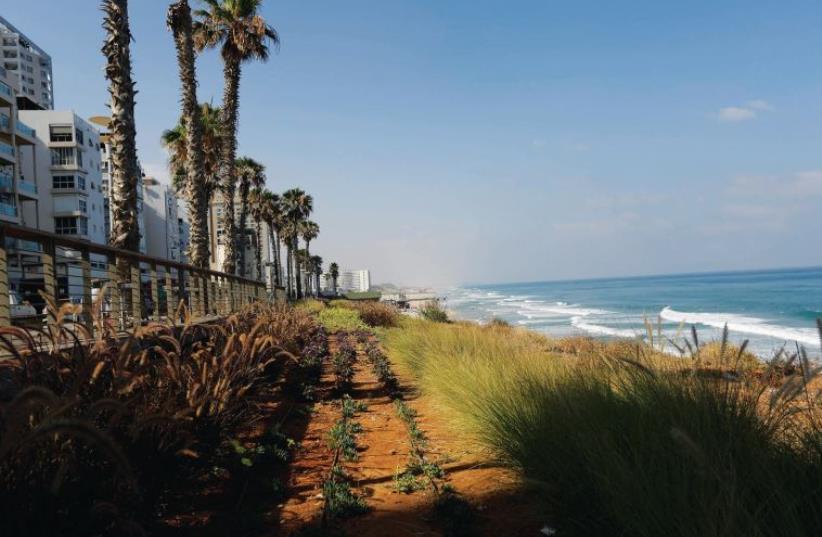 Bat Yam
(photo credit: COURTESY BAT YAM MUNICIPALITY)
Advertisement
The man who staged a successful mock campaign of Israelis voting for US President Donald Trump is now selling himself in the election for mayor of the troubled coastal city of Bat Yam.Tzvika Brot, 37, was hired by the US Republican Party to conduct a campaign in Israel, even though it is not one of the 50 states. Brot admitted he knew that it was unlikely the American eligible voters in Israel could make a difference, and that the central event he organized in Jerusalem’s Old City came after absentee votes were due, however, that did not matter because his real target was US evangelical Christians.“It wasn’t a maneuver and we didn’t trick anyone,” Brot said. “We took something real – some 250,000 eligible voters who leaned toward Trump – and used them to send a message to the Republican base of evangelicals who were still undecided about whether to vote. The Trump campaign was worried about polls that indicating that they would not be voting, and they did vote, so we contributed to the victory.”Ultimately, the banners and balloons with Trump’s name in Hebrew that were distributed in Israeli shopping malls did not impact the election. But US Vice President Mike Pence himself told Brot at Trump’s Washington victory party that the Jerusalem event that was broadcast live to evangelicals in America and emailed to tens of millions of them was a “game-changer.”Now Brot is working on a campaign for himself in his native city that he hopes will be a game-changer as well. He has already won the support of the Likud party branch in the city and will soon be formally declared the party’s candidate for mayor.“I am running because I am a proud Bat Yamite who was born and has lived there since birth,” Brot said. “The Likud came to me, because I am very identified with the city, and local papers have followed my career and made me a wellknown figure. They wanted someone new and young, who hasn’t been in city politics for decades and can bring a new gospel. That is what I want to bring to Bat Yam.”Brot had a successful career in journalism with Army Radio and Yediot Aharonot, covering the courts, the army, residents of Judea and Samaria, and then the Knesset for 10 years. He then formed his strategy company, BSI, which has worked with American, Hungarian, Japanese, French, Kenyan and Angolan governments and nongovernmental organizations.Prime Minister Benjamin Netanyahu twice recruited Brot to work for him, but Brot preferred the challenge of running Bat Yam, a complex city whose population is 40% Russian immigrants, 25% haredim (ultra-Orthodox) and a clear majority of Likud supporters.Its longtime mayor, Shlomo Lahiani, was indicted for bribery and convicted of breach of trust, and current mayor Yossi Bahar was handpicked by Lahiani in order to maintain his influence.Brot now hopes to take Bat Yam in a different direction. He said he helped accomplish that goal in the US and he wants to do that in his home city.“I have been asked when Trump is coming to Bat Yam,” he said. “I’ll have to work on that.”