Rabbanit Carmit Feintuch will be the first female communal leader in a synagogue in Israel. 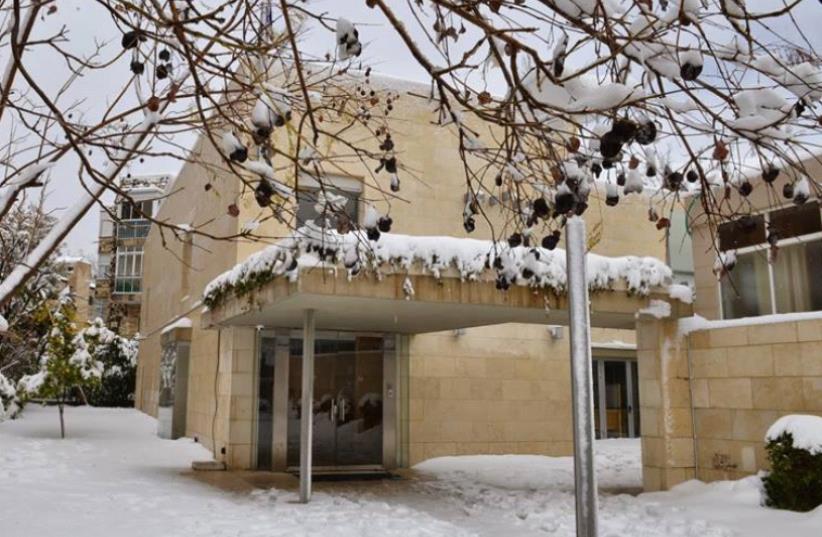 Ramban community
(photo credit: COURTESY OF RAMBAN COMMUNITY FACEBBOK)
Advertisement
In a landmark step for an Orthodox synagogue in Israel, the prominent religious-Zionist Ramban synagogue in south Jerusalem has appointed a woman to serve as a spiritual leader alongside the head of the community Rabbi Benny Lau. Carmit Feintuch, a teacher and educator at the Migdal Oz seminary in Gush Etzion since 2008, was unanimously approved by committee two weeks ago after a lengthy process and will bear the title of “rabbanit.”Although women have been increasingly involved in communal Jewish life in the Modern Orthodox and religious-Zionist world in recent years, it is thought that Feintuch will be the first female communal leader in a synagogue in Israel. Last year, The Jerusalem Post reported on the appointment of Dr. Jennie Rosenfeld, the first communal spiritual leader in the religious-Zionist community in Israel who was appointed by the chief rabbi of Efrat Rabbi Shlomo Riskin to serve the residents of the entire town. Speaking to the Post, Lau said that he was very excited for Feintuch to start work who, he said, would enrich Ramban’s communal life and help the synagogue grow. “All congregations must, like a tree, renew themselves, grow and develop,” the rabbi said.”Carmit is going to help our community grow bigger, sweeter and more beautiful fruit and this is why we have made this appointment.”After the idea of appointing a female spiritual leader was raised by Lau with senior members of the community, a process was initiated to discuss the proposal among the broader synagogue membership. According to Ariel Elbaum, chairman of the board of Ramban Synagogue, there was initial scepticism among some members about such a step, but after a process in which the proposal and idea were explained, opposition declined. Eventually a vote was taken among the 140 members to decide whether or not to adopt the proposal, which passed by a two thirds majority. Elbaum said however that he did not believe those who voted against were irreconcilably opposed to such an appointment nor that it would divide the community. An appointment committee to identify candidates for the position was created comprising four women and three men, and Feintuch was eventually selected in a unanimous decision of the committee from a total of three final candidates. She will work in parallel with Lau and help provide leadership in areas in which he says he is not able to cover sufficiently, and is expected to begin work at the beginning of September. Feintuch is not at present willing to speak to the press about her new role, but Lau said that she will work within the community; guiding and assisting families with religious celebrations; doing pastoral work; helping prepare boys and girls for Bar and Bat Mitzvas; accompanying families during times of mourning, “and dealing with all aspects of the spiritual life of the community and the connection between man and God.”She will also fill in for Lau’s various duties when he is away, as well as giving religious lessons, religious guidance to members and similar tasks. The position of women in communal life in the US has led to significant divisions within the Orthodox community in general and within the Modern Orthodox community in particular. In October 2015, the Rabbinical Council of America, the largest rabbinical association of modern Orthodox rabbis in the US, banned RCA member rabbis from ordaining women and from hiring a woman for a rabbinic position at an Orthodox institution. Meanwhile, Agudath Israel of America, the body representing haredi Jewry in the US, described institutions that ordain women as “beyond the pale of Orthodoxy.”Asked if he was concerned about a conservative backlash against the appointment, Lau said that “I am not really interested in what people will say,” and described the appointment of a woman to a position of communal leadership as natural step for the community. “More than 50 percent of the community are women, so why shouldn’t there be a woman in a leadership role? So this isn’t something we feel is a radical step.”Sophie Pfeffer, a member of Ramban who served on the appointment committee and the principal of the Pelech girls high school, said that it was of particular importance that religious girls have “a spiritual horizon” and role models to aspire to in the realm of religion. “Otherwise, what are we saying to girls in our community is that ‘you can do what ever you want in the non-religious world, and you can be a leader in another field but in the communal and spiritual realm you cannot,” said Pfeffer. “But we want our girls to have a spiritual horizon, like boys who look up to their rabbis and who want to study and perhaps become a rabbi themselves, we need this same incentive and horizon for our girls and for our religious worship.”Pfeffer said that the members of the committee had been very impressed with Feintuch, and described her as a very deep individual, seeking to always learn herself and to teach and who has “a readiness to give.”“She has an openness to learn from all Jewish communities, and she can see beyond the different groupings of the different religious community. What interests her is the Torah and the Jewish people, and I personally felt after meeting her that I wanted to sit and learn with her and that she too wants to continue to learn and teach.”In recent years women have increasingly taken on communal roles such as halachic advisers, in Modern Orthodox and Religious Zionist life.