US Supertanker lands in Israel to assist with raging fires

Police reported that in total 12 individuals have been investigated for arson and incitement.

By JPOST.COM STAFF
NOVEMBER 25, 2016 20:08
Fires in Israel
Advertisement
The US 747 Supertanker landed in Israel Friday evening to assist with extinguishing the raging fires that have erupted across the country for a fourth consecutive day. The Supertanker, based on the Boeing 747, is the largest aerial firefighting aircraft in the world and is capable of carrying up to 19,600 gallons of retardant or water. Israel continued to battle fires in different parts of the country on Friday, with outbreaks reported in Beit Meir and Maale Hahamisha in the Jerusalem hills, near Kiryat Gat in the South of the country, next to Harashim in the Galilee, and across the wider Haifa region.
Wild fires wreak havoc across Israel 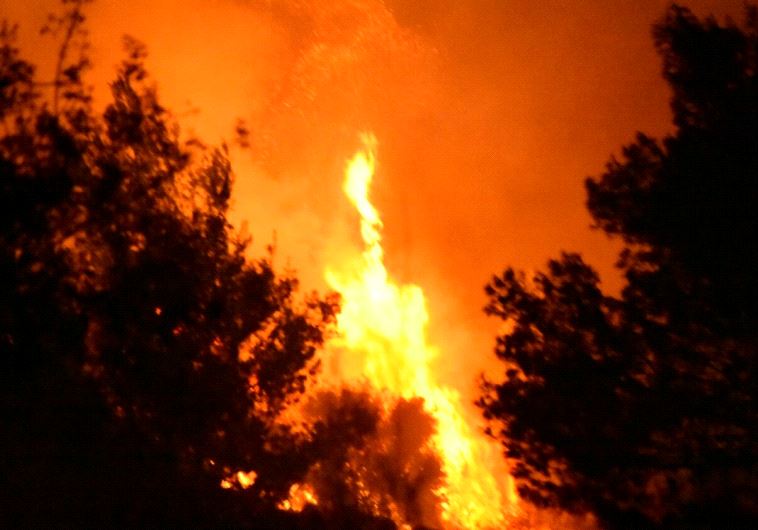 A fire near Jerusalem. (Credit: Police Spokesperson's Unit)In addition to the countries to respond to calls for help on Thursday, the US, Egypt, Jordan and Azerbaijan have committed to sending help in combating the flames: Azerbaijan has dispatched a fire plane, Egypt two helicopters, and Jordan fire trucks and crews. In addition to the Super Tanker arriving in Israel, the US is sending 50 firefighters to Israel.69 firefighters from Cyprus arrived Saturday morning to an Air Force base in the center of Israel to boost the Fire stations.A spokesperson for the Haifa Fire Department said Friday that they have evidence that a fire started near the city's main fire depot was an act of arson. Speaking to Channel 2, Uri Chibotaro said video evidence proved the cause of the blaze.Finance Minister Moshe Kahlon (Kulanu) told Israel Radio that the Haifa firestorm, which caused widespread damage on Thursday, was an "intentional act of arson."Earlier, Public Security Minister Gilad Erdan (Likud) said that the results of an investigation into Thursday's fire in the northern town of Zichron Ya'akov concluded that the blaze was caused by arsonists.Police reported that in total 12 individuals have been investigated for arson and incitement. Erdan added later that the number had since increased beyond 13. 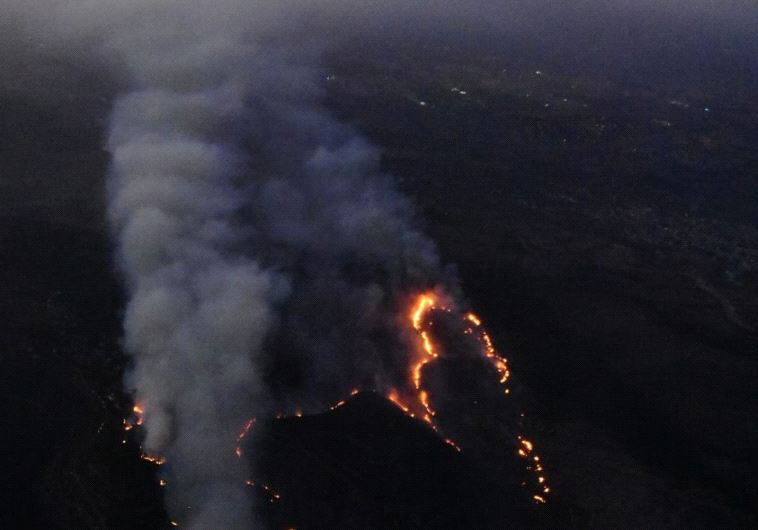