The event was specifically designed so that there would be no infraction of the laws of the Sabbath, so that religious and secular alike could attend, including no music. 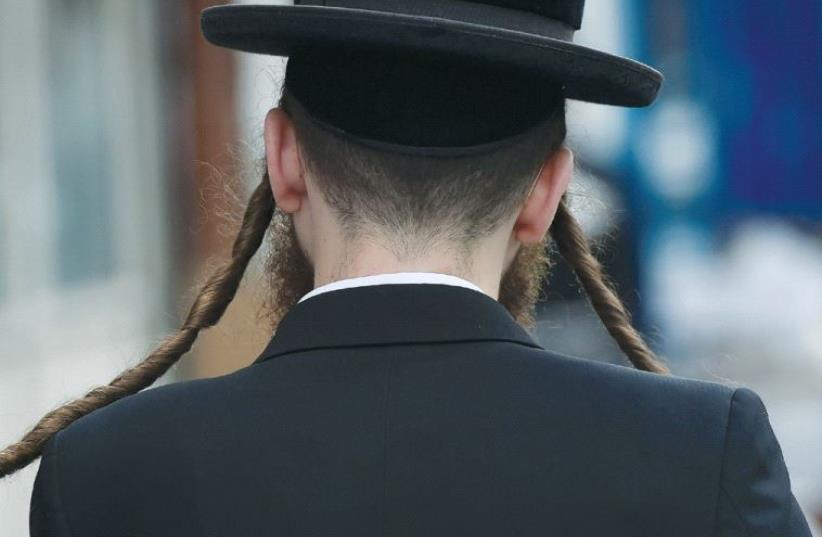 Haredi man [Illustrative]
(photo credit: REUTERS)
Advertisement
A Shabbat event at the Mahaneh Yehuda market in the capital designed to bring together religious-Zionist, haredi and secular Jerusalemites was severely disrupted by a mob of some 100 haredi men, who erroneously accused the participants of desecrating the Sabbath.The event, entitled Shabbat Shalosh, was the brainchild of the Yerushalmim Movement and political party, together with local social activist Beryl Hahn. It was touted as an opportunity for different sectors of Jerusalem’s population to meet together on Shabbat for a positive inter-communal experience.The organizers provided food from both Ashkenazi and Sephardi culinary heritages, such as Jerusalem Kugel and kubbeh; organized singing and separate dancing; provided Backgammon and Chess boards; and rolled out three kegs of beer, all of which was free.The food ordered was even mehadrin, a stricter level of kashrut, to ensure that as diverse a group of people could participate.The event was specifically designed so that there would be no infraction of the laws of the Sabbath to enable religious and secular alike could attend, including no music.Despite these strenuous efforts to create an inclusive space for different sectors of the community to come together, a large group of haredi men who had been protesting vehicular traffic on close-by Hanevi’im Street then made their way to Mahaneh Yehuda to protest the event.The horde of protesters were already on site at 3 o’clock when the event was scheduled, indicating they had planned in advance to be present and protest.The men, some of whom appear to have been from the radical Yerushalmi communities in Mea She’arim and its environs, began shouting “Shabbes,” harassing participants, and generally disturbing the event.The situation was not helped by a group of secular counter-haredi protesters who had been present on Hanevi’im Street, and who followed the haredi group to Mahaneh Yehuda and protested the disturbance they were causing there.According to Fleur Hassan- Nahoum, a member of the Jerusalem Municipal Council for Yerushalmim who helped organize the event, there was a small amount of pushing and shoving between the two groups.Hassan-Nahoum said that she tried to reason with the demonstrators at one point, but they would not speak to her because she is a woman.Instead, she organized a group of several women to begin singing and advancing towards the protesters causing them to disperse somewhat.Another Jerusalem Municipal Council member from the haredi United Torah Judaism party was also present, and he eventually convinced the mob to leave, pointing out to them that there was no Sabbath desecration taking place.The police were called to the scene but made no arrests.Hassan-Nahoum said that she had been concerned before the event that radical haredi elements might object, seeing it perhaps as the beginning of efforts to stage events contravening the spirit of Shabbat in Mahaneh Yehuda.She said pointed out, however, that the organizers had gone to great effort to ensure that the event did not involve any Sabbath desecration, and that the only purpose was to create a space for religious and non-religious residents to come together and meet.Despite the disturbance, after the haredi protesters dispersed at about 3:45, Hassan- Nahoum said the atmosphere became extremely positive, and was a big success with a convivial and amiable mood taking hold.“We really wanted everyone to be able to come so as to promote our philosophy that Jerusalem must remain diverse with lots of populations,” Hassan-Nahoum told The Jerusalem Post.“Everyone must realize that we must live together, we only have one Jerusalem, one capital, and it cannot be a point where we show whole world how divided we are,” she said. “We must be able to show how different we are while still being able to live together.”