Filmmaker Ferne Pearlstein takes a look at Holocaust humor on the silver screen. 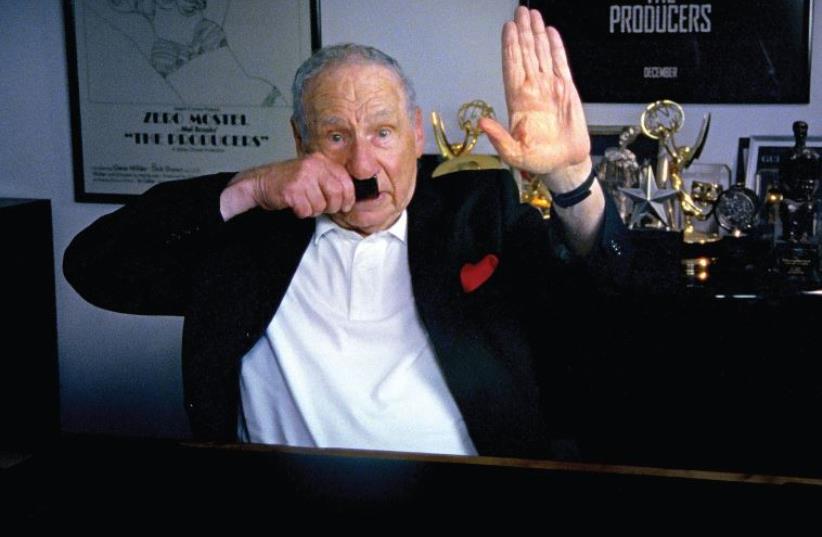 Mel Brooks, director of the 1967 movie The Producers, performs a Heil Hitler salute
(photo credit: Courtesy)
Advertisement
ARE JOKES about the Holocaust completely off-limits, or can humor actually have a positive role to play? That is the question American filmmaker Ferne Pearlstein sets out to examine in The Last Laugh, a new documentary making its Israeli premiere at the Jerusalem Film Festival in July.