Kosher travel and Israeli technology: A match made in heaven

"It was this Israeli technology that enabled us to affect the lives of hundreds and hundreds of people in this rural village in Malawi."

By CARL HOFFMAN
AUGUST 5, 2020 13:07
Chanah and Atida Walles attend dedication ceremony
(photo credit: DAVID WALLES)
Advertisement
Okay, now here’s something you don’t read about every day. Indeed, you have probably never read about anything quite like this before. An Israeli travel agency that caters primarily to Orthodox Jews – which organizes things like “kosher cruises” and annual Passover programs in several hotels throughout Israel – decides one day to install a solar-powered electrical system in a poor African village’s elementary school, raises money for the project, visits the village for the inauguration of the school’s electrical system, fixes the school’s classroom floors, and plans to remotely monitor the project from Israel to make sure the solar-powered electrical system continues to work properly.
Strange as it may seem, the story is true. The travel agency is Eddie’s Kosher Travel – specializing, they say, in serving “the discerning observant Jewish traveler”; the village is Dembo, in the poverty-stricken African country Malawi; and the project is being conducted in conjunction with Innovation: Africa, a Herzliya-based NGO that has thus far impacted the lives of over 1,000,000 people by bringing innovative Israeli solar and water technologies to remote African villages.
HOW DID this come about? Says David Walles, Australian immigrant and CEO of Eddie’s Travel, “We run annually numerous Passover programs at five hotels around Israel in which hundreds of families from around the world join us. Every year, we look for ways to enrich these programs by having guest speakers come to give inspirational talks. These are guest scholars, rabbis, lecturers, etc.
“One of the speakers who came to Hotel Hacienda in Ma’alot last Passover was the founder and CEO of Innovation: Africa, Sivan Ya’ari. My wife and I were very impressed by her story and what she has achieved out there. She spoke with no view to take it any further. It just filled a slot on a main evening of Passover, where we had 350 people listening to her talk. She captivated our audience.
“People kept coming up to us over the course of the rest of Passover and asked, ‘What can we do? How can we get involved here?’ So we sat down with Sivan, and she told us that, through our business, we can adopt a village school in Africa.”
Ya’ari told the Walleses that for no more than $20,000, Innovation: Africa would install a fully functioning electrical system, powered by solar panels, sponsored by Eddie’s Travel and dedicated to it. “She said we’d be changing the lives of hundreds of people in that village,” Walles says.
Ya’ari recalls, “Eddie’s Travel decided to adopt a school. So we gave them a list of many schools that are waiting for light. Children that have never seen light at night. We are operating in eight African countries, and as you can imagine, we have many, many villages waiting. David, his wife, Chana, and their kids decided to adopt one in Malawi. I was very happy about this because Malawi is one of the poorest countries in the world. They decided to bring Israeli solar technology to power the school, to power the house of the teachers, to bring enough energy to run computers.”
And having decided to do that, the Walleses went to work. “So we put the idea out there, and the response was overwhelming. We put in some significant seed money of our own, and we encouraged others to do the same. And we raised that money,” David says. 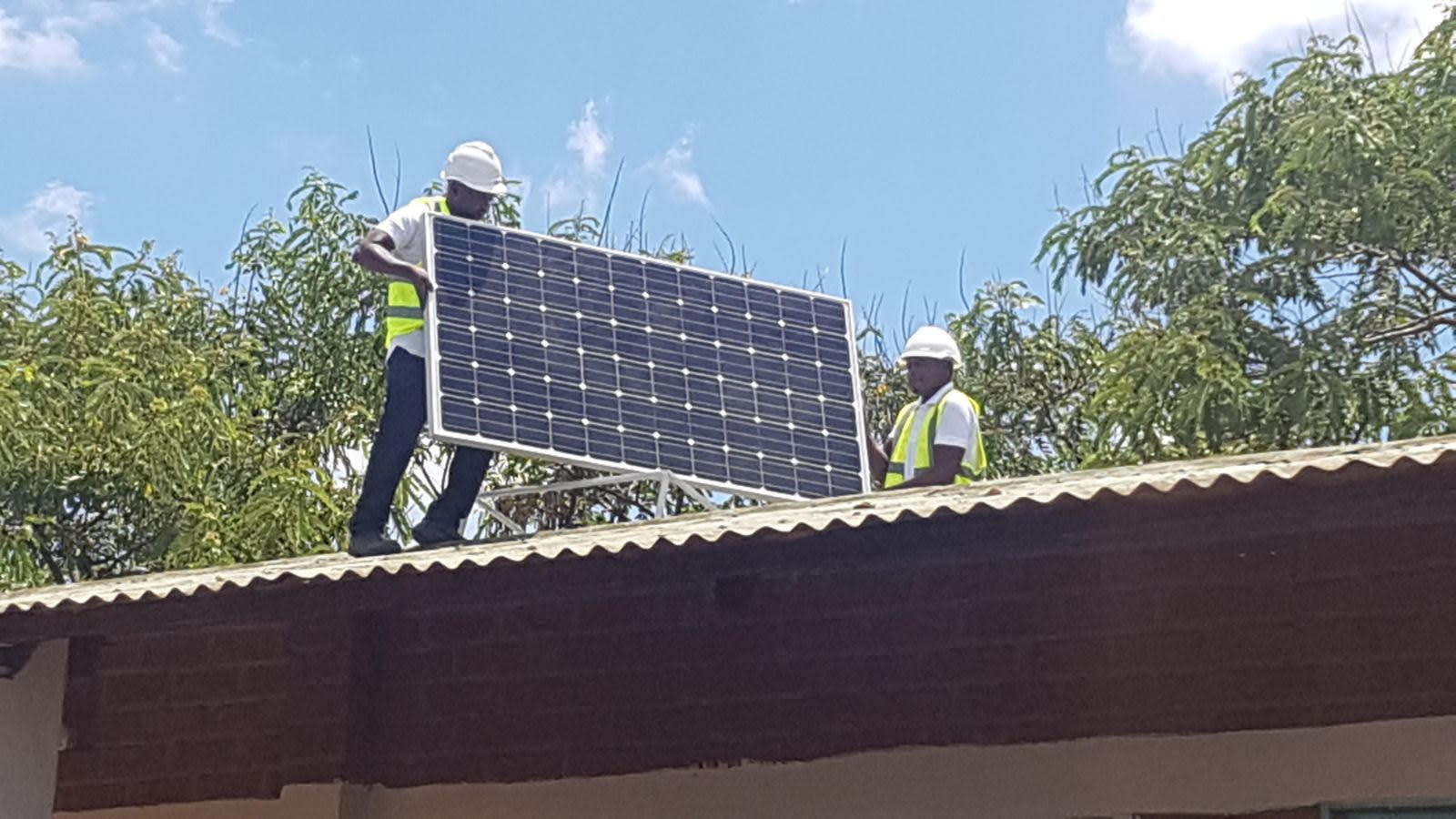 THIS PAST January, David and Chana Walles and their two kids – Netanel, 13 and Atida, 10 – went to Africa to inaugurate their electrical system, along with friend and project donor Dr. Marcel Goodman and his son Daniel.
“We spent three days in Malawi, visiting village after village,” recalls David. “But in Dembo, the village we adopted, we had a major reception. People came out to meet us, greet us, and sing for us. There was a big ceremony of inaugurating the solar panels. We counted down, the lights went on, and it was just like a holiday. The people had been anticipating our visit for months. We were treated like when Queen Elizabeth visited Ghana. It was literally like that. We were greeted with open arms.
“We had Israeli flags, left, right and center. People were waving them, shouting, ‘Israel! Israel! Israel!’ We dedicated the project, made speeches. And that effectively powered up the local school, the health clinic, and the delivery room there. It was this Israeli technology that enabled us to affect the lives of hundreds and hundreds of people in this rural village in Malawi.
“It was a phenomenal experience, and it really taught us that with very little effort, one can achieve a great deal.”
The reception they received in Dembo was a life-changing experience for the whole family. For Netanel, who contributed his efforts toward designing a special soccer ball for African children, the experience, he says, made him more appreciative of what his life is like back home, and that “you should be very appreciative of what you have, and not to take anything for granted.” Ten-year-old Atida was struck particularly by the poor condition of the school floor, which the Walleses ended up paying to refurbish.
For Chana, it was inspiration to return and do more. “It’s very hard to go there after you’ve helped one village and then go to another one that also needs help, where women go to a river miles from their house, schlepping buckets, filling the buckets with brackish water you wouldn’t give to your dog. But they have no choice, that’s all they have. This is the water they have to drink and to use to cook. And this is where just a small change in technology and infrastructure could change their lives forever. Our next project will be to help a village get a clean water supply.” 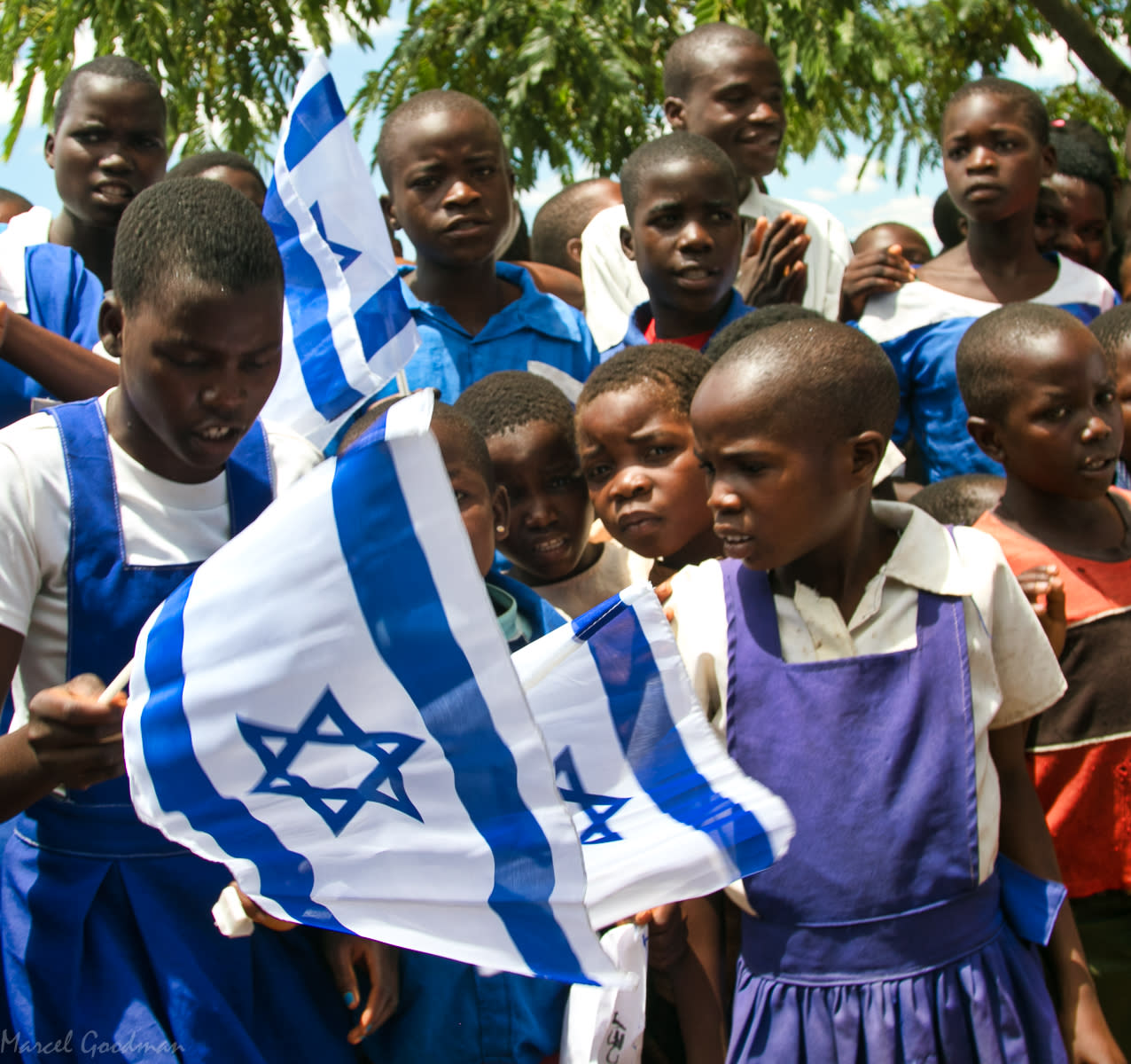 IN THE meantime, the Walleses will be able to keep an eye on their project in Dembo from right here in Israel, with Innovation: Africa’s remote project management technology, which, says CEO Ya’ari, “will enable Chana, David and their kids to monitor the solar energy at the school, to make sure it’s working. And if something breaks, they will get an alert. The engineers in Malawi will get an alert, and they will go and fix it.”
According to Ya’ari, numerous individuals, families, companies and organizations have already “adopted” African villages. “Most of these are individuals, and over the past few years we have had more and more bar mitzvas and bat mitzvas, children that are adopting villages, traveling with us to be there. We like to connect the donors with the people they are helping.”
At Innovation: Africa’s offices in Herzliya and New York, donors are able to choose “their” villages, as well as the type of project.
“There are two types of projects to choose from,” Ya’ari explains. “They can bring solar energy to either a school or a medical center. If they choose a medical center, we also buy and bring a solar-powered refrigerator. We have powered over 60 medical centers so far.
“The second type of project is water – using solar energy to pump water. It’s a little bit more expensive, but with one solar-powered pumping system, we can help many, many villages. With solar power we can pump about 30,000 liters of water per day. And we can install a network of taps throughout the villages in a radius of 4 km. So with one solar-powered water-pumping system, we are able to help many villages in a 4-km. radius. We are very focused on this now. It’s a big challenge.”
Addressing the challenge is worth the effort, however. Aside from impacting the lives of more than a million people, bringing Israeli technology and Israeli generosity to Africa’s poorest of the poor is good for Israel as well.
“I’m a big Zionist. I was born in Israel,” Ya’ari says. “I’ve been in Africa now for 19 years. I can see the way people are reacting once they hear it’s Israel doing the work. Most of the 1,000,000 people we have impacted never heard of Israel before. I think it’s a good thing that this is the first face of Israel that they see. I make it my business to always meet with the ministers, presidents, prime ministers, first ladies, taking them to the villages, telling them it’s Israel doing the projects. I think it’s important.”
For more information about Innovation: Africa in association with Eddie’s Travel, call 054-673-6642 or email chana@eddiestravel.com. To learn more about Innovation: Africa, visit www.innoafrica.org.