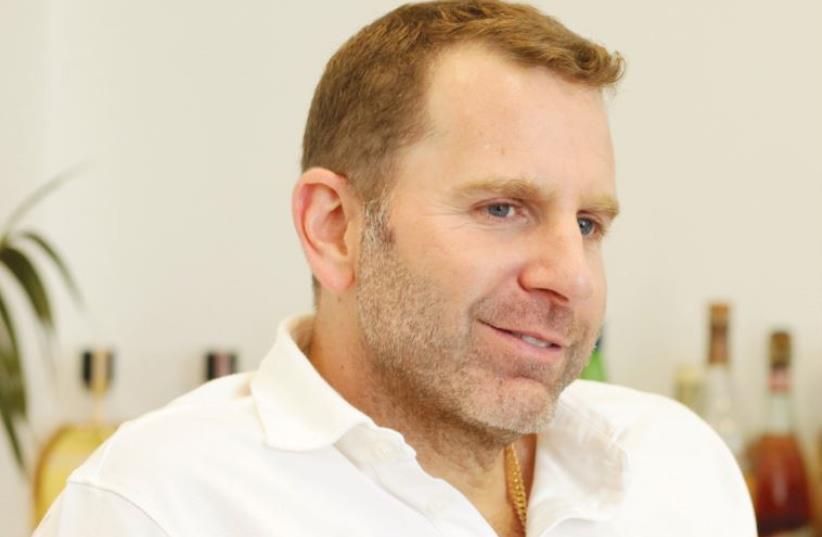 Leon Falic
(photo credit: RAANAN COHEN)
There’s nothing Leon Falic hates more than leaving Israel at the end of a trip. Granted, he is leaving the same way he came – on his private jet – and it was his sixth time here this year.“I hate having to leave,” Falic says as he stifles a yawn. Private jet or not, I guess everyone still suffers from jetlag.The day before our interview in Ramat Gan, he was in Panama.
Read More...
“It’s not about business. It’s what’s inside your heart. There’s nothing like Israel – it’s home.”Falic is best known for his involvement with Penco, a virtual liquor store, an outgrowth of his work with Duty Free Americas airport shops. However, the businessman and his family are also known for generous contributions to politicians and causes they believe in.The family, based in Florida, is headed by Fima and Nily, of Russian-Lebanese descent and previously of Israel.Nily, the matriarch, is on the board of the Friends of the IDF, a fund-raising organization that, every year, flies outstanding IDF soldiers and officers to the US for its fund-raising gala. Also, it was revealed last year that the Falic family are the largest contributors to Prime Minister Benjamin Netanyahu’s primary campaign. The family contributed a total of NIS 180,000 to Netanyahu’s campaign, helping to enable him to win out over Danny Danon for leadership of the Likud.However, Netanyahu is not the sole recipient of the Falic family’s generosity.The year before, the Falics contributed more than $2 million in a total of 682 separate contributions for mayoral and congressional campaigns (both Democrats and Republicans), including Mitt Romney, Eric Cantor, Michele Bachmann and Charles Schumer.When it comes to Israel, the Falic family funnels all of its contributions to right-wing beneficiaries. Among the Israeli organizations that were lucky enough to be on the receiving end were American Friends of Likud, the Manhigut Yehudit Likud faction (which was headed by Moshe Feiglin, who ran in the Likud primaries against Netanyahu in 2006), yeshivot in Kiryat Arba, and Ateret Cohanim, an organization that works to renew and strengthen the Jewish presence in the Old City and neighborhoods in east Jerusalem.“We donate funds to everyone who loves Israel and fights for her survival,” says Falic. However, when I asked him why he donates primarily to right-wing organizations, he looks at me outraged and says, “We donate to both Republicans and Democrats – the important thing is that they are Israel supporters.”As Netanyahu’s largest official supporter in the latest primaries, has Falic become friendly with the prime minister and his wife? Falic laughs and says, “I’m a supporter, but not really a friend. The last time I saw the Netanyahus was at my father’s shiva, about five years ago. I like what Bibi’s doing, but we don’t meet with each other.” 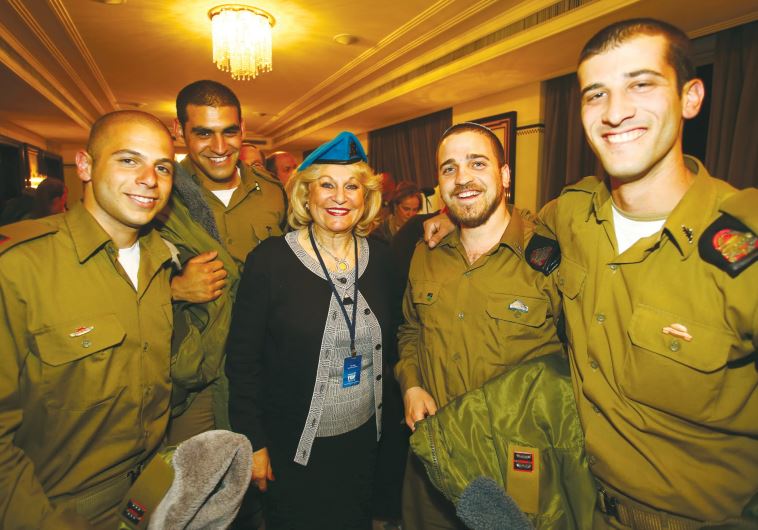 DESPITE HIS excellent relations with the Likud leadership, Falic’s latest trip to Israel is not for political reasons, but to promote his new business.For the past six months, he has been shaking up the local alcohol import industry, and his competitors have been jolted awake by his arrival.For those who aren’t familiar with the history of the Israeli alcohol industry, here’s a brief account: There are a number of official importers who are connected with international corporations (90 percent of the global alcohol industry is dominated by several huge corporations). For many years, until the recent tax reform on alcohol in Israel was implemented in September, these official importers controlled pricing and supply, and for the most part competed with each other for market share.The tax reform, however, reduced their power significantly. So long as the tax placed on alcohol was calculated based on its purchase price from exporters overseas, the official importers had a clear advantage since they bought the alcohol at much lower prices, and therefore could pass these savings on to the consumer. However, now that the tax rate is calculated based on the percentage of alcohol alone, new players have arrived on the scene and the veteran giant importers are in trouble.In the pre-reform era, the importers of brand X for example, only had to compete with importers of brands Y and Z.Now, however, there are multiple companies importing brand X in addition to the official importer.As bad as this may sound for the official importers, nothing prepared them for the entry of Paneco to Israel. Paneco is like a potent combination of Cofix and Israel Hayom. On the one hand, it has broken into the alcohol industry in a way that makes the word “competitor” a complete understatement. On the other hand, Falic is open about the fact that he is willing to run a loss-leader campaign in an effort to dominate the market.From the point of view of most alcohol manufacturers around the world, the Falic family is a larger market than the entire State of Israel. In 2001, for the bargain price of $121 million, the three brothers, Simon, Leon and Jerome, acquired DFA, which runs 100 duty-free shops in the US and around the world.The acquisition was carried out not long after 9/11, when airplane travel was at an all-time low, but the Falic brothers were not deterred and continued to push forward.In a short time, they had added additional stores to their chain. Today, in addition to their shops in major airline hubs such as JFK, , Dallas and Washington DC, they also have shops all over Central and South America and China.“We have lots of surprises in store, too,” Falic tells me with a smile.In addition, the Falic family owns the distribution rights to the giant cosmetics brand Perry Ellis and the fashion house Christian Lacroix.Paneco, which has recently expanded to Panama and Mexico, is one of the Falic Group’s smallest enterprises, and yet Falic has great hopes for his business prospects in the Israel.“We began doing business in Israel not for ideological reasons, but because we thought it was a sound business decision. Israelis are not afraid of making online purchases and using their credit card numbers on the Internet. The duty- free market here is highly developed and alcohol is a great online product. It’s not like an article of clothing that needs to be tried on. Everyone already knows what kind of alcohol they like to drink, but they don’t like buying in bulk. So, if I offer lower prices than the stores do, and I’m willing to deliver even a single bottle to you at home, you’re more likely to buy from me now, as well as the next time you are running out. That’s what matters.”Within six months, Paneco went from being a surprising curiosity to a serious player in the domestic liquor industry. 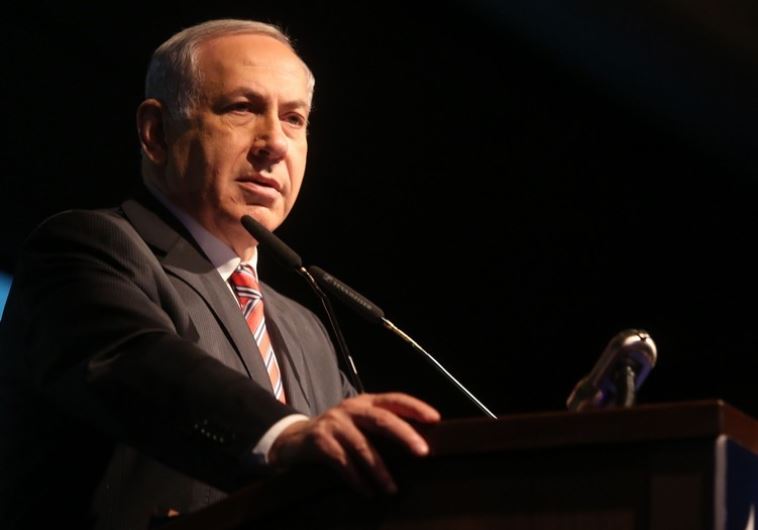 IN EARLY winter, Paneco invited Israeli wine and alcohol critics to a gathering in southern Tel Aviv. Most of them didn’t know what to think of this young (44) Jewish guy standing in front of them who said he lives in Panama, but talks with an American accent, who is extremely proud of his two sons who served in the paratroopers. None of this jibed with the revolution he described he was going to carry out in the Israeli alcohol market.It’s doubtful that anyone attending the evening believed a word Falic said, but within a very short time, Paneco was rocking the boat with prices for popular brand names that were significantly lower than those of the official importers. At first many thought this was just a temporary gimmick, and that any day Paneco’s prices would creep up, but six months down the line, prices have remained low.I truly understood when one day I was hanging out with a friend who owns a couple of popular bars in Tel Aviv and his father happened to call him to order him a bottle of Johnnie Walker Blue Label whiskey. My friend called his agent who works with the official importer to check the wholesale price, and then afterwards went online to check Paneco’s price. The importer’s wholesale price for a 750ml bottle was the same as the price Paneco was charging for a full liter – including home delivery.Paneco also acquired a large part of Yaakov Berg’s Psagot Winery. Psagot, which is over the Green Line, has become a sort of pilgrimage site for the Falic family and their distinguished guests.“Let me make this clear: I bought Psagot Winery because I love the taste of its wine. I think we have the best grapes in the entire country. I love Israel, but the reason I invested in Psagot is because of the wine. I didn’t pick Psagot because of its location, but the fact that it’s in the territories does make me very happy. And, yes, I’ve brought many people there to show them how important every centimeter of Israel is for the only democracy in the Middle East.”Is there significance to the fact that Falic chose Israel as the location to develop his online business? “Not one part of my business has anything to do with my Zionist leanings or my philanthropic actions, but if we can also do some good while we’re doing good business, then why not? I have two sons who’ve served in IDF paratrooper units and a daughter who is studying here in Israel.“People may not realize it, but Israel is the best place to live.” Translated by Hannah Hochner.
Cancel Subscription