It is not the first time Iraq has demanded that Jordan extradite Hussein's daughter, who has been living in Amman since 2003, when American forces occupied Iraq and toppled her father's regime. 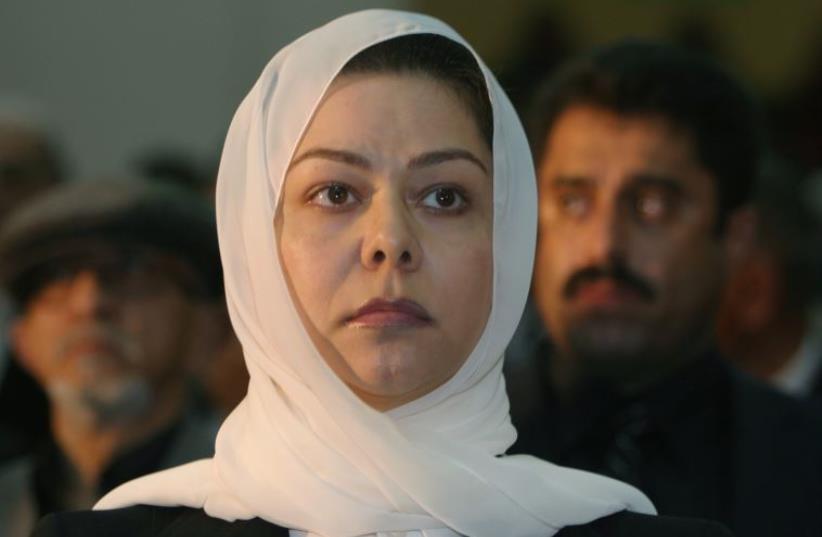 Raghad Saddam Hussein, daughter of the former Iraqi president Saddam Hussein
(photo credit: REUTERS)
Advertisement
The Iraqi government has demanded that Jordan extradite a number of Iraqi opposition figures who reside in the Hashemite Kingdom for alleged support of terror and involvement in money laundering.One of these opposition figures is Raghad Hussein, the daughter of Iraq's fifth president, Saddam Hussein, who was executed by the Iraqi government which replaced his regime in 2006.In a statement released Wednesday following a meeting between the Jordanian consul in the city of Irbil and senior Iraqi officials, Iraqi Foreign Minister Ibrahim al-Jaafari said: "Iraq asked Jordan to coordinate the extradition of people residing in its territory who are wanted by the Iraqi judicial system."It is not the first time Iraq has demanded that Jordan extradite Hussein's daughter, who has been living in Amman since 2003, when American forces occupied Iraq and toppled her father's regime.However, each of these requests was declined by the Jordanian royal family, who has been providing refuge for Hussein's daughter after granting her the status of asylum seeker.The Iraqi government accuses Raghad Hussein of financing the terror movements that support the insurgency against it and aim to oust the regime. These allegations are based on many comments by Hussein, as well as a recent post that was published on her Facebook page, in which she called on the people who recently burst into the governmental compound in Baghdad to "continue your brave activity against the government and don’t be afraid of traitors."