Israeli Defense Minister: Assad is a butcher who must be removed from power

"Instead of focusing on the fact that 500 people are killed in Syria every day, the international community would rather criticize Israel," says DM. 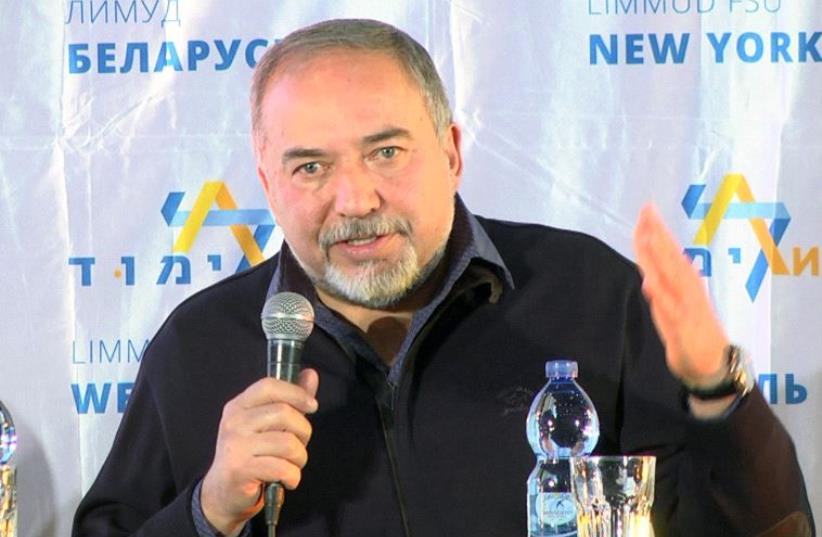 Defense Minister Avigdor Lieberman speaking in Eilat at Limmud FSU conference Thursday night
(photo credit: COURTESY LIMMUD FSU)
Advertisement
Citing the deadly recent siege on Aleppo, and massacre of over 500,000 men, women and children in the ongoing Syrian civil war, Defense Minister Avigdor Liberman on Thursday night called embattled Syrian President Bashar al-Assad a “butcher” who must be removed from power.Speaking at the opening of the 9th annual Limmud FSU conference in Eilat, Liberman also condemned the international community for not intervening in what he deemed a “massacre,” while instead focusing its collective ire on Israel.
Syrian general says Aleppo offensive in final stages
“Where is the international community?” he asked. “It’s a shame that instead of focusing on the very unfortunate fact that 500 people are killed in the Middle East every day, the international community would rather criticize Israel for every new balcony built on a settlement.”“Assad is a butcher, who has slaughtered and murdered hundreds of thousands of people, including by using chemical weapons,” he continued. “In my opinion, he should be removed from power – and we should block Iranian involvement in Syria.”With respect to a viable peace agreement in Israel, Liberman emphasized the necessity of territorial transfers.“Any peace agreement should be based on populated area exchange, which should also include Israeli Arabs who consider themselves to be Palestinian,” he said. “Territory transfers have worked successfully throughout history, and the principle conforms with international law.”A record 2,000 Russian-speaking Jews attended the Limmud FSU (former Soviet Union) conference, which marked its 10th anniversary at the three-day event, featuring lectures from Jewish luminaries in a breadth of fields.“We have made a huge impact in Russian-Jewish communities around the world,” said Limmud FSU Founder Chaim Chesler. “We are so excited to be celebrating our 10th anniversary – with leaders of the Russian-speaking community, such as the minister of defense – at one of the world’s most beautiful resort cities.”Indeed, over the last decade, Limmud FSU has gathered over 45,000 Russian-speaking Jews, most of whom are between the ages of 24 and 40, for educational and cultural festivals, conferences, and other events in nine countries around the world.“Year after year, Limmud FSU succeeds in igniting the spark of being Jewish, and this is the ninth time we’ll be doing so in Israel,” added Limmud FSU co-founder Sandra F. Cahn.