By JPOST.COM STAFF
SEPTEMBER 4, 2013 21:14
USS San Antonio ship370
(photo credit: Wikimedia Commons)
Advertisement
The USS San Antonio, an amphibious transport dock ship, arrived at the port of Haifa on Wednesday for what the US Navy called a "routine port visit."Captain Randell Dykes said the visit was a "well deserved break for sailors and marines, and for many is the first time they have visited Israel.  "If you have been here, you know what a great country Israel is," Dykes said, adding "I know our sailors and marines will have a great time. They certainly deserve it after all the hard work they've put in on this deployment." According to the US Navy, tours were to be offered to the sailors and marines and they would have the opportunity to explore Haifa "and to experience the rich history and culture of Israel." 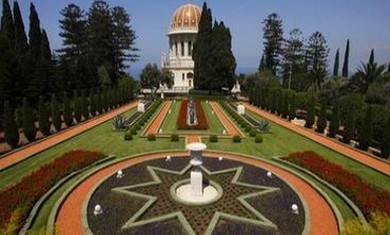 On Monday it was reported that the nuclear-powered aircraft carrier USS Nimitz and other ships in its strike group were heading west toward the Red Sea to help support a limited US strike on Syria, if needed. The same report said that the US Navy has also sent the USS San Antonio to the eastern Mediterranean, diverting it from a previously scheduled mission that would have taken it farther west.A defense official said the San Antonio had been asked to serve as an afloat forward staging base, which could provide a temporary base for special operations forces, if they were needed. It could also assist with evacuations.A spokesman for the ship declined comment, referring questions to the Navy. Lieutenant Adam Cole, spokesman for the Navy's European headquarters, declined to discuss any specific plans for the San Antonio or future ship movements.