The play, while based on the controversial case, is "a work of fiction." 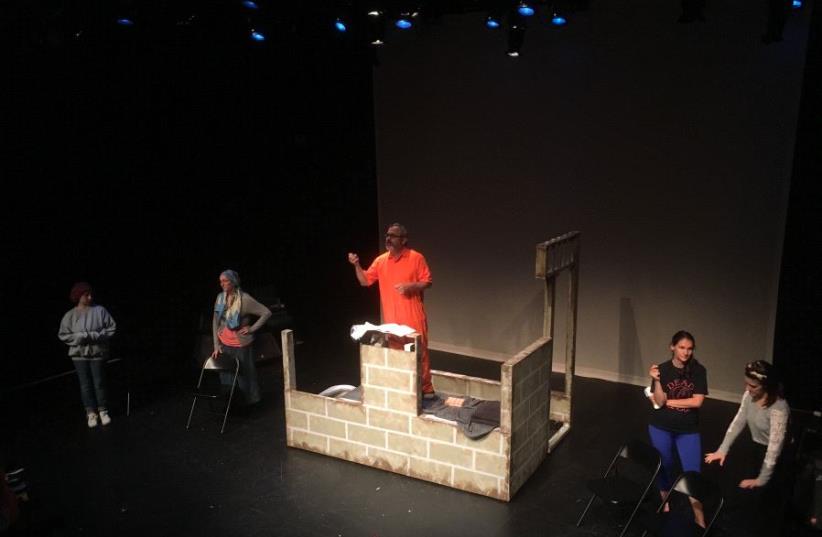 'Conservative Fictions' play, 2017
(photo credit: DAVID BLUE)
Advertisement
It’s a tale that shocked and shook up the American Jewish community.Now, two years later, playwright AJ Campbell’s dramatization of mikva-peeping Rabbi Barry Freundel is currently part of the Capital Fringe Festival in Washington.In late 2015, police arrested Freundel for secretly videotaping dozens of women who had come to immerse in the mikva, or ritual bath. The former leader of the Kesher Israel Synagogue in DC pleaded guilty to 52 counts of misdemeanor voyeurism, and was sentenced to six-and-a-half years in prison.As she watched the scandal unfold “in dribs and drabs,” Campbell was moved to write her play, Constructive Fictions, which premiered last week.“It was just shocking,” Campbell told The Jerusalem Post on Sunday. “I found myself looking at the apology letter when he finally published it and being incredibly unsatisfied by it.... What we need to do is hear from him, we need to know what was in his mind and have a real explanation of why he did it.”Constructive Fictions is set in Freundel’s jail cell where he is confronted by four different women who force him to listen to their accusations and testimonies.“The names of the characters are based on the matriarchs in the Bible – Rachel, Rebecca, Leah, Sarah,” said Campbell. She said the four women represent the “composite structures” of his 152 victims, many of whom fell outside of the statute of limitations.While she notes that the play is “clearly a work of fiction,” Campbell said she spent a great deal of time doing research on the story to ensure every detail would be correct.“I spent three months just doing solid research, reading court documents, reading transcripts, articles, anything I could get my hands on,” she said. Campbell said she reached out to Freundel twice – once through his lawyer and once through a personal connection – but he declined to speak to her.The play has been performed three times already and will hit the stage again for two more shows on July 20 and 23.Campbell said she grew up in a Modern Orthodox community, but today identifies as Conservative after a period of not practicing.“I could have gone to Kesher and seen Rabbi Freundel, and he probably would have told me there was a problem with the conversion of my great grandmother,” she said.She noted that her friends and family have all been supportive of the play, and that she sees how the community “still struggles with these ideas of conversion and essentially what it means to be a Jew, and who gets to tell you you’re a Jew.”Campbell said she drew on “my own personal experiences in the community and life experiences and put it into composite structures.”And she promises a shocking, surprise ending that keeps people in their seats after “the lights come back on and the actors have left the stage.”“People have all sorts of questions,” she said. “I don’t think people have ever seen a story like this packaged this way.”