The unconventional story of the Amona outpost as a reflection of Israel's moral and legal path. 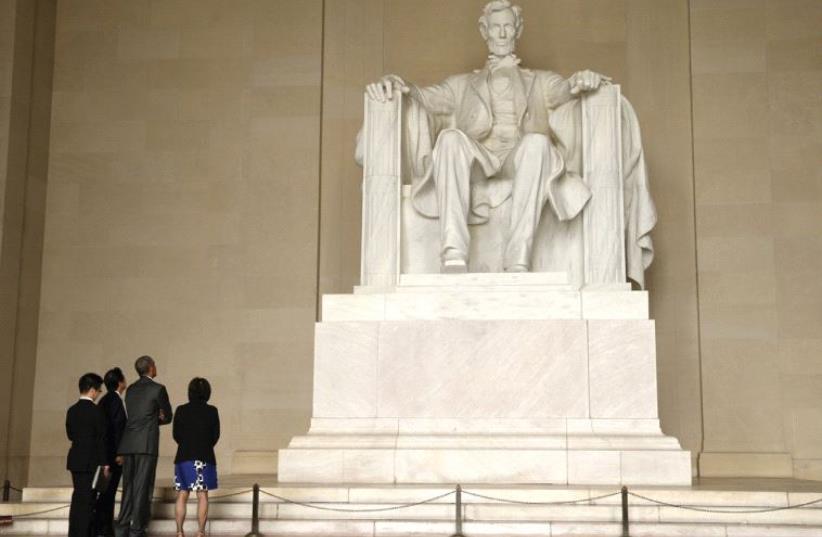 CAN ISRAEL learn something from US history at Amona? (
(photo credit: REUTERS)
Advertisement
There are times in a nation’s history when it seems swept inexorably towards the next stage in its development and its destiny, often amidst inner conflicts and sometimes violently.The American Civil War is an example of a society divided over the issue of slavery, which led to a devastating conflict. The issue was complicated because the Supreme Court, under Chief Justice Roger Taney, had declared that slavery was a constitutional right in 1857. Six years later, in 1863, President Abraham Lincoln issued the Emancipation Proclamation that changed the course of American history. This was followed by amendments to the constitution that abolished slavery and guaranteed rights of all citizens.But well before, a number of important governmental issues had emerged that defined the course of American democracy and are the bases of all democratic systems.The principle of separation of powers, first presented by Montesquieu (Spirit of the Laws) in 1748, defined the powers of the three branches of government: courts interpret law, the executive branch enforces the law, and the legislative branch makes the law.This fundamental principle was incorporated into Article 3 of the US Constitution.The meaning and application of this principle was worked out in landmark cases, like Marbury vs Madison (1803), which established the right of judicial review. This process was and is the essence of a democratic system.In Israel, these complicated issues raise questions related to Jewish communities (“settlements”) in Judea and Samaria and specifically Amona.First is the question of which laws apply to Area C of Judea and Samaria, defined by the Oslo Agreements as under full Israeli control: Ottoman, British Mandate, Jordanian, Israeli or international law. Since Israel did not annex this area, it is under the authority of the IDF military authority, COGAT and the Civil Administration (Minhal Ezrachi).Second is the question of who should decide issues of land ownership and on what basis. The Edmund Levy Commission report – established by the government – laid out a coherent legal position and suggested specific ways to resolve questions of land ownership. Inexplicably, the government has not accepted this report and it remains dormant.Third, what are the rights of Israeli citizens living in Area C? Are they entitled to have their claims adjudicated in Israeli courts? Do they have equal protection under the law? Fourth, does the High Court (and the Attorney General) have the right to make laws and dictate to the other branches of government? The decision by Israel’s government to protect Jewish communities in Judea and Samaria is being played out against international opposition and Arab incitement and terrorism. Ironically, this struggle is exacerbated by decisions of Israel’s High Court and its judicial establishment to destroy Jewish communities and parts of communities because of allegations that they were built on private Palestinian land.Such claims of private ownership are false.As legal expert Yehuda Yifrah explained in an article published in Makor Rishon, of the nine Arabs who claim to own the land on which Amona was built, seven of the plots were not located in Amona, and “…the two remaining petitioners… claim ownership of only a tiny sliver of a percentage of the settlement’s land...about two dunam out of the 500 dunam upon which the settlement sits… All the rest of the land is registered in the name of people who do not exist, either now or in 1967; there is no trace of them in the population records drawn up after the Six Day War.”Yet the State Prosecutor’s office decided that the entire area of Amona was “private Palestinian land.” The High Court accepted their decision and demanded that Amona be destroyed. The High Court also ignored Jordanian and Israeli law (as well as law used by all democratic countries) that where someone has built and planted on land belonging to another in good faith and where the value of the construction exceeds the value of the land, the landowner is required to accept monetary compensation.Under Jordanian occupation (1949-1967), large tracts of Judea and Samaria land were distributed freely and registered to Arab tribes and clans. Since no one paid for the land and most of this gifted land was never used and no taxes were paid, according to Ottoman and British Mandate law Arab claims of private ownership are not valid.Nevertheless, the IDF military commander and legal advisers unilaterally decided to adopt Jordanian law, which registered the gifted land as if it had been purchased.Therefore, when Arabs claim to own land on which settlements were built, the IDF Civil Administration accepts their claims.The High Court approves decisions of the Civil Administration and State Prosecutor’s Office without examining any documents or proof of ownership. And, since the High Court is the judicial body of last resort, there is no possibility of appeal.The bewildering decision to recognize Jordan’s land giveaway program is even more bizarre, since Jordan had joined other Arab states in attacking the State of Israel in 1948 in a war of annihilation. With the exception of Britain and Pakistan, no country recognized Jordanian sovereignty in Judea and Samaria, because they believed that in doing so they would imply recognition of Israel based on the 1949 Armistice Lines. In 1967, Jordan again attacked Israel, and, in response, Israel acted in self-defense, liberating eastern Jerusalem, Judea and Samaria. Jordan renounced all claims to the area in 1988 and included it officially in its peace treaty with Israel. Israeli sovereignty in Judea and Samaria is consistent with international law – the League of Nations Mandate, the UN Charter, and UNSC Resolutions 242 and 338.The future of Amona and all Jewish communities in Judea and Samaria should be decided by the elected government. The High Court’s decision to destroy Amona, therefore, raises basic questions about its role in Israeli democracy and the meaning of government “of the people, by the people and for the people.''