Can Egypt be the path to peace for the Middle East?

After the disaster of the Morsi regime, during which the MB tried to turn Egypt back to the dark ages, Egypt has now come to a fork in the road. 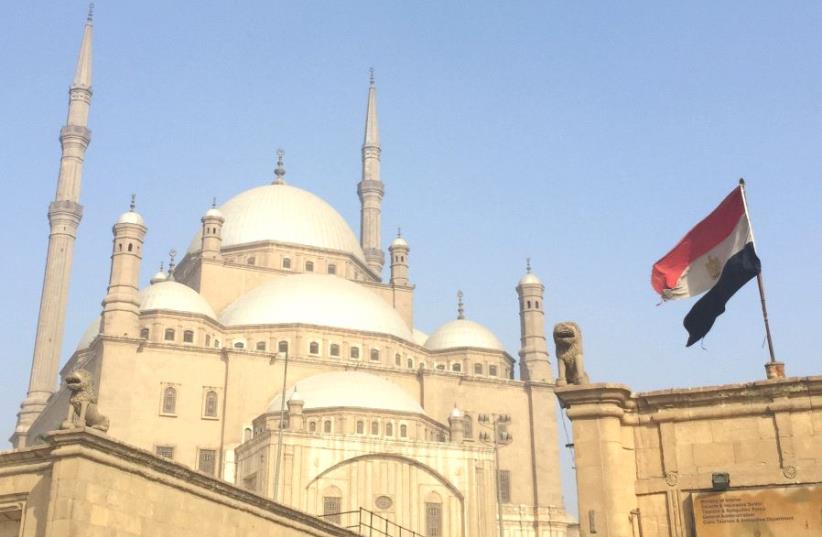 AN EGYPTIAN flag flutters in front of the Muhammad Ali mosque in Cairo.
(photo credit: SETH J. FRANTZMAN)
Advertisement
In the Middle East, what they say is not what they mean, and what they mean is not what they say.According to The New York Times, US President Donald Trump is “developing a strategy on the Israeli- Palestinian conflict that would enlist Arab nations like Saudi Arabia and Egypt to break years of deadlock.”It would behoove his new foreign policy team to reflect carefully on these words before forging ahead with Middle East diplomacy.The key to any possible path to conflict resolution in this region is to understand the shifting web of “interests” that motivate the players on this chessboard in the sand.During meetings in Egypt and Israel this past week, almost everyone I spoke with cautioned against over-reaching beyond what is possible for the region at this time.The American abstention on UNSC Resolution 2334 has cast a dark cloud. For the first time ever, an Israeli presence over the 1949 armistice line is labeled an internationally recognized illegal act, with the blessing of the United States.What I heard from those on the ground, including an international observer, is that 2334 will become a major obstacle to a two-state solution, the exact opposite of what the Obama administration claimed was their intent. “Counterproductive” is an understatement in assessing the damage it has done.Far too many well-meaning intermediaries fail to understand the Middle East’s complexities, the staggering array of contradictory interests, often making little sense to Western eyes.During meetings with the Egyptian foreign policy establishment I was asked to convey to Congress a number of their concerns.1. Please explain that the 2013 overthrow of the Muslim Brotherhood regime of president Mohammed Morsi was not a coup but a democratic revolution.They insist it was a people’s revolution of 33 million in the streets demanding an end to Islamist suppression and economic incompetence. Although Morsi was elected in a fair election with a coalition of MB and Salafist voters representing 70% of the Egyptian electorate, officials repeatedly reminded me that today the MB would not receive more than 20% of the vote.However I fear that if the current monthly inflation of 20% in Egypt continues, an Islamist coalition could win the next election, a potentially devastating blow to American security interests.Egyptians of all stripes still cannot understand president Barack Obama’s hidden outreach to the MB before the “Arab Spring” of 2011, and his continued support of the Brotherhood, looking to them to be the moderating influence in the Islamist world.2. Egyptians want Americans to understand that Islamic State (ISIS) in Sinai is under control, and that the more pressing concerns are the Libyan border and the internal Islamist threats to destabilize Egypt.We need to understand that the ever-changing interests between Hamas, Egypt and the indigenous Beduin make Western strategic choices in the Sinai fraught with peril. Most outside observers believe that the situation in the Sinai is far from stable.3. Egyptian officials want Congress to know that the Egyptian military is the strongest in the region and should be an important ally for America.Yet according to the INSS’s Yitftah Shapir, Egypt has “embarked on an unprecedented break from its traditional military relations with the US,” turning to Russia, France and Germany. They seem to ignore that America already has in Israel a reliable ally that shares its Western democratic values.However, Egypt does have an opportunity to make a case to challenge Turkey as America’s primary Muslim ally now that Turkish President Recep Tayyip Erdogan has turned NATO’s eastern flank into an Islamist authoritarian state.The unprecedented military, security and intelligence cooperation between Israel and Egypt are privately acknowledged, yet the Egyptian people are completely unaware of this cooperation as a matter of policy.A leading Israeli expert on Egypt said that the Egyptian public opinion makers “hates our guts,” except for the highest government officials and the military, who cooperate against a common enemy. Transient interests should not be misunderstood as a change in the fundamental relationship.An international official spoke about the endemic antisemitism in the Middle East, which is staggering in scale; remaining a convenient excuse to avoid normalizing relations until the Israeli-Palestinian conflict is resolved. In the Middle East the terms “Jew” and “Israeli” are interchangeable.After the disaster of the Morsi regime, during which the MB tried to turn Egypt back to the dark ages, Egypt has now come to a fork in the road.For Egypt today there may be a small window of opportunity to change course and lead the Arab world into the 21st century for a more stable future.Now that the MB leadership is in jail, the time has come for Egypt to slowly change the anti-Israel narrative in its state-controlled media.Going forward, my advice to Egyptians is to bring other Sunni Arab nations who currently have secret relationships with Israel out into the open, as a way to advance the peace process.Egypt strongly desires to strengthen its relationship with the US, and the answer is to broaden its relationship with Israel. Americans and Congress see the Middle East through their support of America’s most stable ally in the region. Strengthening the Israeli- Egyptian relationship is not a favor to Israel, but in Egyptian interests.The excuse that Egypt cannot lead unless the Palestinians agree is the failed formula of the past. The Egyptian economy is on the ropes, and the path forward is in part through Israel.The author is the founder and director of MEPIN, the Middle East Political and Information Network. He regularly briefs members of Congress and think tanks on the Middle East. He just returned from his 15th annual seminar in the Middle East with Keshet Insight Seminar’s Yitzhak Sokoloff.