How Israel redefined the contours of Jewish identity. 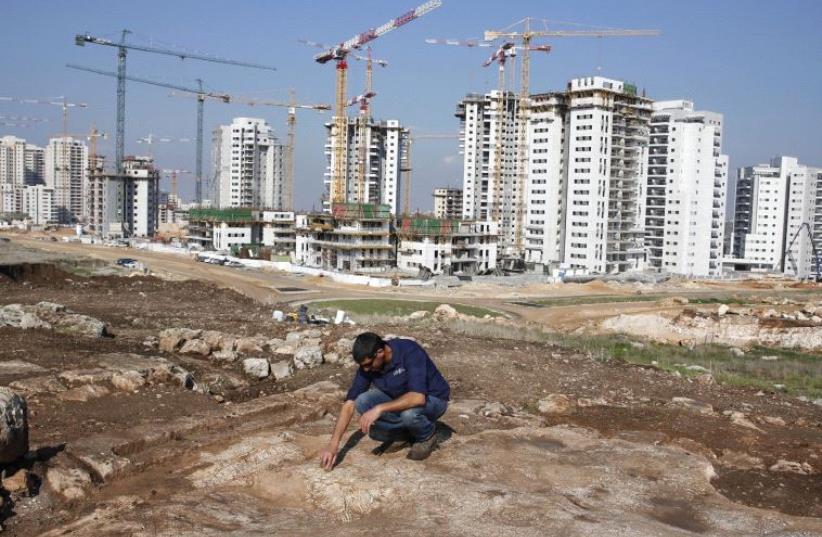 AN ARCHAEOLOGICAL site near Rosh Ha’Ayin.
(photo credit: REUTERS)
‘Who is a Jew?” has always been a prominent issue on our people’s agenda.The immigration wave from the former Soviet Union only highlighted the centrality of this question. After all, most of these immigrants self-identify as Jewish, even if Jewish religious law (Halacha) does not recognize them as such and, as a result, neither does the state.In Israel, The answer to “Who is a Jew?” has broad ramifications because the state immediately grants an array of rights, including permanent residency and citizenship, to those it officially recognizes as Jewish. Yet despite the unique contours of the “Who is a Jew” debate unfolding in Israel, what we are witnessing today is but another manifestation of the great Jewish dispute that began during the modern era, when Jewish identity was severed from religious observance.That sundering gave rise to several fundamental questions: is a secular or atheistic Jew even Jewish? Can a person be considered Jewish if only his father is a Jew? And if a secular Jew is recognized as Jewish, as Halacha allows, then why not allow people to join the tribe as members of a secular Jewish nation, rather than by way of religious conversion? While such weighty concerns are endlessly interesting to ponder, I would like to propose that all questions related to Jewish identity must first take into account the dramatic change, including from the vantage point of religious law, which the Jewish people have undergone.Judaism is no longer intimately and inexorably linked to religious observance. In addition, Jewish identity in Israel is based on and derived from fundamentally different conditions than in Diaspora.Ironically, it was the Jewish People’s dual identity, as both a nation and religious group, which enabled it to endure an often cruel 2,000-year exile. The Jewish People were served well by this duality. The national aspect of the Jews’ identity preserved the yearning for a return to their historical homeland, while the religious component was crucial in keeping the Jews as a unique entity among the nations.However, the rise of a sovereign Jewish state has facilitated a paradigm shift, back to the time of the First Temple, when nationhood was the Jewish people’s dominant characteristic and religious identity was rather vaguely defined.Indeed, no less a source than the Bible states that the ancient Israelites periodically practiced idol-worship, though this did not stop them from maintaining a strong, distinctive national identity. As such, if our ancestors could simultaneously self-identify as the Children of Israel and worship idols, present-day Jews should certainly be able to define themselves as part of the Jewish nation, especially in an era when secular Jewish identity is almost always linked to Jewish culture, the Jewish festivals and other components of tradition.Given the transformation of Jewish identity in modern Israel, and the growing disparity between the Jewish experience in Israel and in the Diaspora, it is high time for a reevaluation of the boundaries of Jewish identity.Jewish people living in the Jewish State of Israel will likely preserve their Jewish identity even without actually practicing Judaism in a religious sense. Indeed, to actually “assimilate” would require an active effort, as opposed to the situation in the Diaspora. For such Israeli Jews, a definition of identity based on nationhood is thus necessary, and such a definition should also be incorporated into Israel’s laws, such as the Law of Return.On the other hand, religious authorities in Israel and in the Diaspora should maintain the right to define Jewish identity on a religious basis. Still, it is only appropriate that halachic definitions recognize the seismic changes that the Jewish people have undergone – in both the secularization process and the establishment of the state – and incorporate them accordingly.Of course, the exact methods for putting these principles into practice should be discussed.However, we must first come to an agreement regarding this basic historical principle of the evolving nature of Jewish identity.The author is the head of the Religion and State Project at the Israel Democracy Institute. IDI will host “Who is a Jew: Re-evaluating the Boundaries of Jewish Identity” on Thursday, December 1 in Jerusalem.Visit www.en.idi.org.il for more information