It is well known that the first cracks in the equation of “France equals liberty, equality and fraternity” have been evident for quite a while. 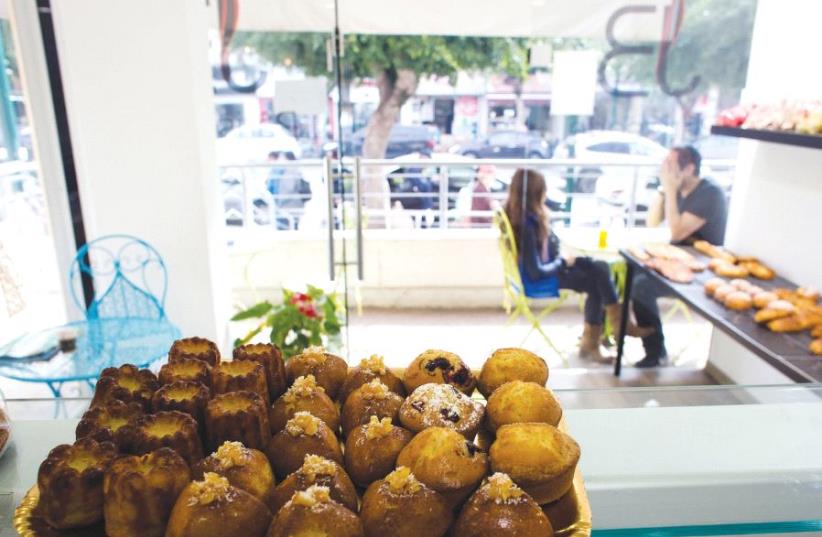 TRAY of pastries is seen at a patisserie owned by members of the French community in Netanya
(photo credit: REUTERS)
Advertisement
Theodor Herzl never met Alfred Dreyfus and Dreyfus never supported Herzl’s position or his conclusion about the proper place for the Jewish people. Even after his release, Dreyfus returned to the French army and never gave another thought to the issue of French Jews in that country.Earlier this month, a “peace conference” took place in Paris. On this subject, the Israeli defense minister again drew a connection between the fate of Jews in France, Dreyfus, and the State of Israel, saying that “France is behaving like it did 122 years ago, judging the State of Israel like it judged Dreyfus back then,” and then added a call to action for the Jewish people living in France “to make aliya to Israel, to leave behind the Dreyfus Trial’s country.”It is well known that the first cracks in the equation of “France equals liberty, equality and fraternity” have been evident for quite a while. This is certainly the case when talking about fraternity, which has been completely undermined.In a recent survey conducted by the French government, 43% of French Jews publicly declared that they want to move to Israel. If that is so, why aren’t they fulfilling their dream, Herzl’s dream? Why don’t they act on the words of Israel’s defense minister? Why aren’t they arriving in hordes, wholeheartedly enthusiastic to turn their aliya dream into reality? Why is aliya from France in fact on the decline – in 2016, there were only around 5,000 newcomers, down from 8,000 in 2015 – at a time when most Jews in France understand that the period of fraternity is over, and when they say that they want to come to Israel? The answer lies in the relations between France and its citizens on one hand, and the relations between Israel and French aliya on the other. Some 20,000 Jews have made aliya in the past three years, mainly because of “push factors.”Over and above being staunch Zionists, they felt a deep identity crisis, fear of growing antisemitism and concerns about France’s weakening economy. The next wave of aliya needs “pull factors” – conditions in place that will help them integrate in their new country, and in particular, help them find and keep employment, which has proven to be the most painful topic for French immigrants.The State of Israel has at its disposal many tools for absorbing immigrants, yet Jews in France live within “a culture of dependency” whereby they are not used to using tools that are often considered difficult to access. Israel therefore has to build a bridge that will enable Jews in France to extricate themselves from that culture by creating easily reachable and adapted employment tracks for new immigrants that will attract them and allow them to fulfill their potential as working citizens. This is the only way that the 43% of 200,000 Jews in France who say they want to come to Israel will actually make that move in the coming years.We must learn from other countries with successful experience in immigrant absorption how to lay out the red carpet to newcomers.This is the key for the State of Israel to become a preferred destination and avoid losing the great human capital of a motivated professional workforce to other competitive countries.Unfortunately, Herzl, at his point in history, did not reach out to the Jews of France. Today we have the opportunity to correct that, to connect the fate of Jews in France to our fate here in Israel. To do that we must make an effort and not be complacent on this issue, waiting for somebody else to take action. We cannot expect the Jews in France to come here without incentives. As Israelis, we must be the ones to act so that immigrants – and I am talking here not only of immigrants from France – will come to Israel in large numbers.Therefore, to you, Defense Minister Avigdor Liberman, I respectfully say that it is up to the State of Israel to be far more active in opening the door to tens of thousands of Jewish people who are dreaming of aliya.The decision-makers and executives who are in charge of such actions must design a bold, largescale program that emphasizes the issue of employment, a program with clear goals and objectives that will make it possible for Jews in France to fulfill their dreams. This is the way – this is the only way – to get the Jews in France and from all over the world to come to Israel.The author is general director of Qualita, an umbrella organization for French-speaking immigrants in Israel.