It’s possible to get rid of nail fungus easily and efficiently, without the need for invasive treatments and with an independent treatment from the comfort of your home.

By PROMO CONTENT
MAY 28, 2018 11:26
CarePlus's Fungomat anti-fungus kit
(photo credit: CARE G.B. PLUS LTD)
News from Israel - an innovative product developed in Israel manages to treat the problem of toenail fungus.
You read it right: An innovative product developed in Israel that has been sold for over a year and a half to thousands of customers a month proves the very high success rate in treating nail fungus.
It’s possible to get rid of nail fungus easily and efficiently, without the need for invasive treatments and with an independent treatment from the comfort of your home. Nail fungus has become synonymous with poor aesthetics, poor hygiene and discomfort. The problematic image of this medical problem masks the fact that almost half of the population will suffer from it at one point or another - even with proper hygiene and body care. Although nail fungus is a bothersome problem, it has a simple and accessible solution that is being used by thousands of clients in Israel, which is known for its medical innovation and also cures the most neglected and deep-rooted fungus.
CarePlus's Fungomat is the most effective and easy-to-use product on the market: A nail polish that contains natural ingredients that fight infection, and after 30 days of applying the polish on the nail, you begin to see a decrease in fungus until its complete disappearance. The unique ingredients of the product, which is the reason for its over-average price, provide a result that is no less than remarkable. Compared to other products on the market and to any other treatment - the high cure and success rates give full value to the price paid.
Eli from Haifa tells of his experience with Fungomat:
"I have been suffering from nail fungus for more than 20 years. I tried all the treatments on the market, including laser treatment and pills. I paid thousands of shekels and had many hours of trials and treatments that didn’t lead to any results. I took pills that made me feel bad so I stopped taking them. I heard from a friend about Fungomat, and after an easy and simple day-to-day treatment for three months – my fungus went away. All in all, the price I paid was the cheapest because it solved my problem. I never thought I'd find anything to help me get rid of the fungus I'd suffered from for so many years. I seriously recommend it to everyone. "
Recently, in light of Fungomat's great success in Israel, CarePlus has begun marketing the product in the United States, and the response has been impressive.
Click here for more information and purchase details
How It Works
Nail fungus affects the general population, but is especially sensitive for athletes, soldiers and those who use public hygiene facilities (such as swimming pool changing rooms). The infection is very contagious and can spread easily in shared living quarters and even at home. The fungus clings to the flesh of the nail and the deep sores of the skin, and usually forms very stubborn roots. Therefore, an effective treatment of the problem needs to be one that is continuous, consistent and tenacious.
CarePlus Fungomat is a polish for the affected nail. The product should be applied daily after a slight filing of the nail with a nail file to facilitate the penetration of the material into the nail flesh. The innovative treatment, with the approval of the Ministry of Health, is based on plant and natural ingredients, combined into a powerful formula that fights the development of the fungus and brings about a proper and full healing of the nail. The remedy ensures a significant improvement in the appearance of the nail within 30 days – and keeps working until a clean and healthy nail is fully grown. It also treats severe cases of nail fungus, which develop mainly due to prolonged neglect - and heal it completely within up to 90 days.
A special ointment comes with the product that treats the existing fungus on the skin itself, between the toenails if it exists there, and under the foot, complementing the rest of the product’s treatment. 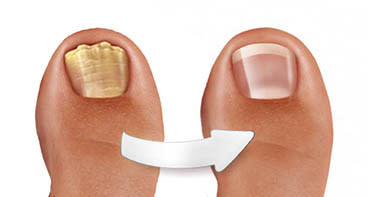 The Components
CarePlus's Fungomat contains plant and natural ingredients, harnessing the forces of nature to combat fungal infections. The transparent polish contains among its ingredients:
• Avocado oil
• Olive oil
• Eucalyptus oil
• Sea salt
• Rosemary
The winning combination of medicinal plants and anti-fungal oils creates conditions that do not allow the fungus to continue to thrive, and it leads it to the complete healing of the fungus and prevents its return after the treatment is completed. The special and valuable ingredients of the product are the secret of its success and effect on nail fungus.
How would I know if I had nail fungus?
The fungus begins as a small white or yellow stain that spreads over time over the entire nail. One common development of the problem is that it progressively spreads to all nails. At a later stage, the nail becomes turbid, gets a yellowish tinge, and in severe cases even a brownish tinge. In the case of a neglected nail, the nail thickens, it forms lumps, and it begins to crumble and may even break away from the toe. At all stages of its development, the fungus is characterized by itching, dandruff, a bad smell and even pain. 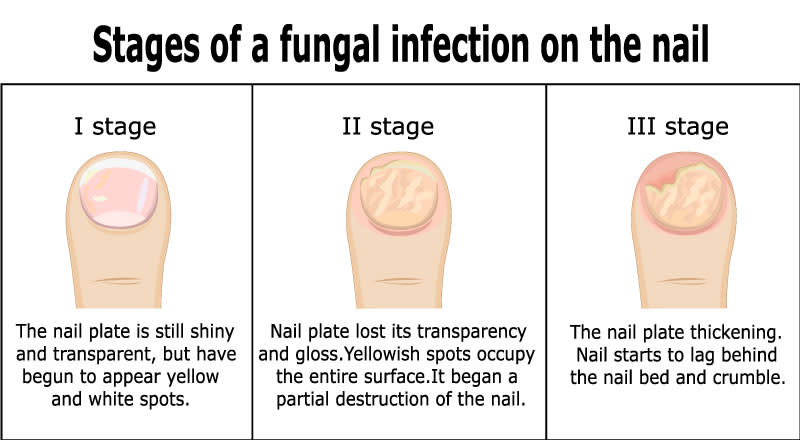 Why is it important to treat fungus?
Contrary to popular belief, fungi do not go away on their own. The fungus likes enclosed and damp places, and therefore thrives in closed shoes; in particular, it thrives in people who sweat daily. So those who perform strenuous activities such as daily exercise, military service, or physical work are at a high risk of being infected. Another characteristic of the fungus is recurrence: since the fungus flourishes in humid places, it spreads in places such as public change rooms and showers, and in shoes that are worn daily. In choosing a treatment strategy, this factor must be considered, and also it must be ensured that the treatment is preventing the fungus from spreading to the cuticle and also preventing its recurrence after the treatment has ended, as CarePlus's Fungomat does.
Click here for more information and purchase details