Preserving Their Memories Survivor Testimony Over the Years

“I just wanted to thank you deeply for the interview you conducted with me here at home about my memories of the Holocaust. Beside the fact that the interview allowed me to unburden myself of the heavy load I carried for over 60 years, the interview with you opened up additional, deep layers of complex, charged emotions.

By LITAL BEER
DECEMBER 21, 2010 17:59
“I just wanted to thank you deeply for the interview you conducted with me here at 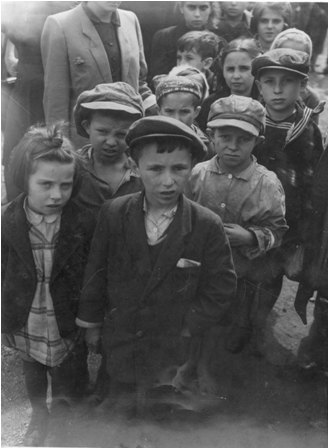 YadVashemhome about my memories of the Holocaust. Beside the fact that the interview allowed me to unburden myself of the heavy load I carried for over 60 years, the interview with you opened up additional, deep layers of complex, charged emotions.…You steered the questions sensitively and delicately, so that I never felt threatened or criticized. I want to express my great appreciation for your ability and sensitivity in guiding the course of the interview.”Survivor Aharon Kaplan to Yad Vashem interviewer, Nava Gibori
Collecting testimony from Holocaust survivors is one of the most important ways of preserving the memory of the Holocaust. By means of first-hand testimony, youth, educators and scholars are able to familiarize themselves with the many individual stories that together comprise the broader picture of the Shoah, and transmit its legacy for generations to come. In an interview for Yad Vashem Jerusalem, Director of the Oral History Section Malka Tor described the history – and future – of this vital project:  When did the project of collecting testimony from Holocaust survivors begin?
The importance of survivor testimony was clear even during the Holocaust itself, when underground archives in places such as Warsaw and Bialystok were established to document what was happening so that the horrors could never be forgotten or denied. The testimony of the first survivors to reach Eretz Israel was collected by the Jewish Agency at the end of 1942. By the time Yad Vashem was established in 1953, 15,000 testimonies had already been collected – mostly in specially established centers across Europe – which served as the basis for future research, education and documentation. One of the first divisions of the Yad Vashem Archives was the Oral History Section.How many interviews have been carried out to date?
The number of videotaped interviews collected by professionally trained staff at Yad Vashem stands today at over 10,000, and there are tens of thousands more audio and written testimonies. In addition, copies of over 50,000 video interviews, conducted by the Steven Spielberg’s USC Shoah Foundation Institute, were recently transferred to Yad Vashem, bringing the total figure of testimonies in our Archives to more than 100,000.

Why did Yad Vashem decide to record survivors’ testimonies in their homes?
With the survivor generation growing older, most now find it physically difficult to come to the professional recording studios established in recent years across Israel. In an attempt to answer this challenge, Yad Vashem trained teams of interviewers and photographers to come to survivors’ residences and record the testimony there. More than 1,000 survivors every year now give their testimony, at their convenience and comfort, in their own homes.In recent years, the Oral History Section also started to videotape group testimonies and survivor reunions. These interviews have two benefits: the ability to examine issues common to all the members of the group, such as the special features of a particular ghetto or orphanage; and, since such testimonies are usually given in the presence of family members, they strengthen the connection between the generations, and their commitment to remember the Holocaust in the future.How does the survivors’ age affect the interviews?
The interviewer has to grapple with two very different problems: the general loss of memory and of details – names, dates and events – as well as the fact that most of the survivors today were very young during the Holocaust, and thus their experiences were generally connected only to the home and the family. Many witnesses also tend to dwell considerably on life after the war. Large portions of their testimonies are devoted to issues of the orphan experience, the quest for identity, fitting into youth homes in Israel, and other postwar traumas.Eliciting testimony is a very complex task, requiring extensive knowledge of the period as well as the ability to conduct open, sensitive interviews. A combination of openness and honesty by the survivor and compassion and expertise by the interviewer creates meaningful testimony, and a positive, sometimes cathartic experience for all present.What remains to be done?
Many Holocaust survivors have not yet documented what happened to them during the war. Right now, it is a race against the clock. The next few years will really be the last in which it will be possible to collect testimony from survivors. Yad Vashem therefore calls on every Holocaust survivor who has not yet done so to submit their important testimony, thus ensuring that their personal recollections become part of the collective memory of the Jewish people, and the world.Donations to support this important project are a vital contribution to Holocaust education and commemoration.  To make your donation click here or contact the International Relations Divison at Yad Vashem

Olmert to 'Post': Stop the Pollard festival By EHUD OLMERT

1 Israeli scientists claim to reverse aging process
2 Why has the US sent B-52s back to the Middle East? - Analysis
3 Could mRNA COVID-19 vaccines be dangerous in the long-term?
4 Women take spy world by storm
5 Iran has a new warship packed with drones and missiles