Gal Gadot is an Israeli actress and model, born in Rosh Ha'ayin on 30 April 1985. Having won the title of Miss Israel in 2004, at age 18, she subsequently traveled to Ecaudor to represent Israel at the Miss Universe. She failed, however, to garner a spot in the top 15, but she caught the attention of Israeli and European agencies and companies and worked on a long line of advertising campaigns. After serving in the IDF from age 20-20, Gadot decided to shift her focus to acting, and her role in the fourth segment of the Fast and Furious films catapulted her to fame. In 2013, Gadot was cast as Wonder Woman in the Batman v Superman: Dawn of Justice film which is due to be released in May 2016. Gadot is married to Israeli businessman Yaron Varsano and the couple have a daughter called Alma.

Among the big names set to appear are Gal Gadot, Dwayne "The Rock" Johnson and Zack Snyder.

Last month, Gadot got into some hot water for returning to Israel and then having friends over, allegedly without observing the two-week quarantine period.

The three items raised over NIS 100,000 for the organization at the event held at the home of board member Galit Ferber Sheraski.

Coronavirus crisis seems to be to this super heroine what kryptonite is to Superman, as she has made some missteps for the first time in her career as an international superstar. 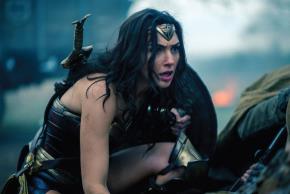 Gadot's violation of quarantine drew attention, especially because of the strong stance she had taken against violating quarantine in previous occasions.

Hopefully the date will stick, and give followers something to look forward to after what's already been a long year.

'She was the first female prime minister for Israel, and these words had a profound influence on many young people like myself growing up in Israel'

Gal Gadot did the famous "73 Questions" interview with "Vogue" ahead of the release of her upcoming film, "Wonder Woman 1984," before the release was delayed in light of the coronavirus pandemic.

Warner Bros. also indefinitely pulled "In the Heights" and "Scoob."