Solomon Pools fit for a king

Biblical natural pools in southern Bethlehem were once part of an ancient waterway supplying water to Jerusalem.

By BEATA ADONIA, TRAVELUJAH
DECEMBER 2, 2012 16:55
Solomon Pools Bethlehem
(photo credit: Travelujah)
Advertisement
For further information on Christian tourism and Holy Land Tours to Israel contact Travelujah.In the south of Bethlehem, on the road to Hebron lie three legendary pools surrounded by a forest of pine trees. These pools were a part of an ancient waterway supplying water to Jerusalem. They are attributed to the prosperous and wise King Solomon (950 BC) and may have been mentioned in the Book of Ecclesiastes 2.6, where Solomon says "I made myself pools from which to water the forest of growing trees". 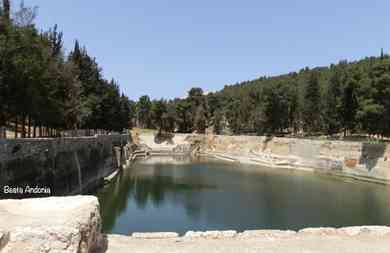 The three large pools are partly forged into the bedrock and partly built. The legend says that King Solomon not only wanted to create reservoirs for storing rain and spring water, but to also have a place where his many wives could bathe.While the construction of the pools is attributed to King Solomon and the date of their construction is not exactly known, scholars claim they date to the 2nd or 1st century BC. Part of the construction occurred under the Pontius Pilate.  It was Herod the Great who carried the water by aqueduct to his fortress at Herodion, located just a couple of kilometers outside of Bethlehem.During the Ottoman period, water from the Solomon Pools would reach Jerusalem by a four-inch clay pipe laid in 1902, installed to replace two ancient aqueducts. Below the second pool, the pump station and pipes that carried the water are still visible today.

Murad Castle MuseumNext to Solomon Pools are the remains of the Ottoman Castle called Qal’at al Burak (citadel of the pools) or Qal’atMurad. The castle was built in the 17th century by the Turkish Sultan Murad to protect the pools, which were a crucial water source at the time. 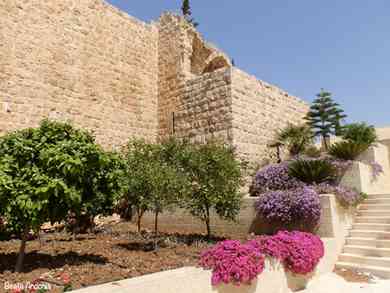 While the Murad Castle once served as a base for Ottoman soldiers, it now hosts one of the largest ethnographic collections of Palestinian history and culture. The Murad Castle Museum features over 1500 precious artifacts representing many chapters of the Palestinian history. The impressive display shows various handicrafts, amulets, pottery and more. Part of a Roman Aqueduct is also displayed in the museum. In addition, a unique collection of archeological items was offered by the Palestinian Authority Ministry of Tourism and Antiquities. 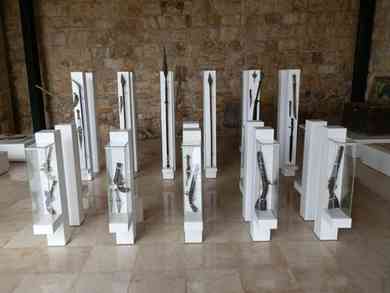 ‘Kani Mani’ Restaurant“Kani Mani” Restaurant, which in Coptic means “butter and honey,”  is located in the heart of the beautifully renovated Ottoman Citadel, just next to the museum. The spacious restaurant serves traditional biblical and Palestinian dishes within its ancient interior. 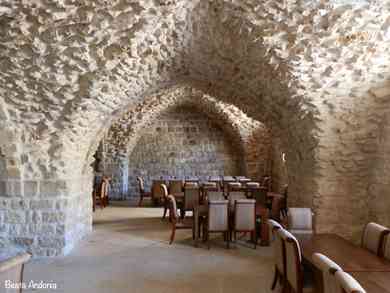 Village of ArtasArtas (Ortas, Urtas) is a Palestinian village outside of Bethlehem. Its name comes from the Arabic pronunciation of the Latin name for the area ‘HortusConclusus’, meaning the Enclosed Garden of King Solomon. The site is famous for its delicious lettuce and the annual lettuce festival, usually celebrated in the middle of April.The old core of the village features several ancient buildings, including the former guest house, the taboun (traditional bread) oven and the Artas Spring. One of these buildings houses the village folklore museum, with a stunning view on the Artas Valley and the lovely Convent of the HortusConclusus. 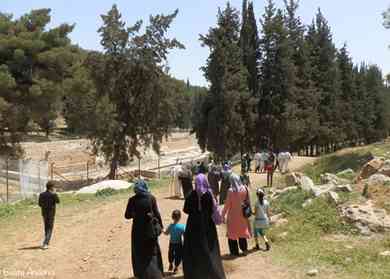 The Artas Valley is located along the Abrahams Path and with its diverse flora and fauna, is a worthwhile hike. Artas Folklore Centre and Abraham’s Path initiatives both specialize in organizing hikes in that area.BeataAndonia works for the Bethlehem tourist bureau and blogs regularly about Bethlehem for Travelujah-Holy Land Tours. She is originally from Poland and moved to Bethlehem in 2010.

To learn more about the project at the Solomon’s Pools area check: http://www.solomonpools.com/Beata Andonia works for the Bethlehem tourist bureau and blogs regularly about Bethlehem for Travelujah-Holy Land Tours. She is originally from Poland and moved to Bethlehem in 2010.Follow @JPost_Lifestyle