David Blomstrom is one of 11 gubernatorial candidates in Washington state. 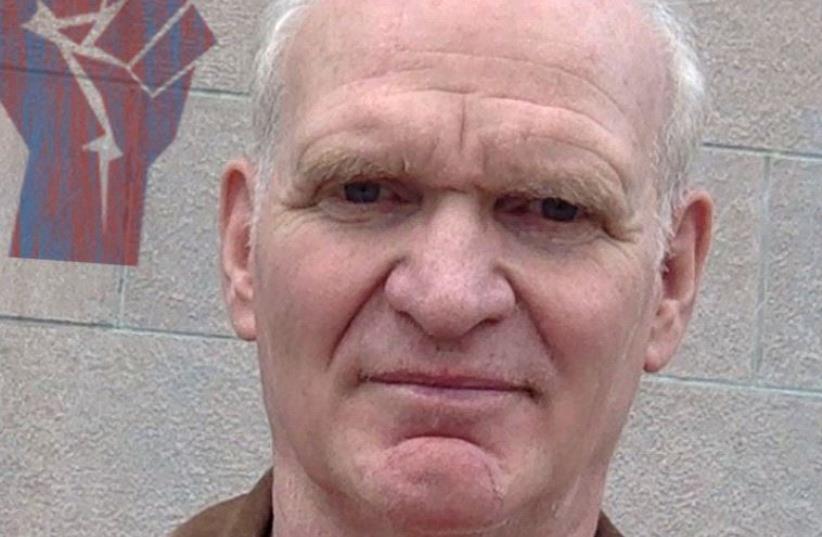 David Blomstrom
(photo credit: DAVID BLOMSTROM'S CAMPAIGN 2016 WEBSITE)
Advertisement
A fringe candidate for governor of Washington state calls Israel “an illegitimate terror state” and the Holocaust a “Holohoax.”The centerpiece of the campaign of David Blomstrom, a former wildlife biologist, is to inform the public about what he calls “Jewarchy,” defined on its own website as “the inordinate power possessed by Jews, or, more precisely, certain groups of Jews. Examples include Zionists, the Jews who control Hollywood, the Jews many believe control the global economy and the numerous Jews in powerful US government positions, particularly those with dual US-Israeli citizenship.”Blomstrom is one of 11 gubernatorial candidates in Washington.In a candidates’ booklet distributed by the state of Washington, Blomstrom writes: “I may be the only candidate in the nation who’s taking on the Jewish Mafia and likely the only one holding Bill Gates accountable as well. My campaign may even put a new word in the dictionary: jewarchy.”In a statement on the Orlando nightclub shootings, Blomstrom blamed such shootings and terror attacks on Jews.“My knee-jerk response to every new tragedy is very different: Jews, or Jewarchists for the politically correct. Until quite recently, I would have thought that a clueless and racist statement. But I’ve been doing my homework, and I’ve learned that Jews are masters of conspiracy and terrorism. After all, they’ve been profiting from war for centuries,” he wrote.“Are you going to jump on the bandwagon and blame this latest ‘terrorist’ incident on Muslims while turning a blind eye to the Jewarchists who are profiting so richly from it?” he also wrote.In a statement on the death of Elie Wiesel, Blomstrom called him “perhaps the most popular poster boy for the Holohoax camp,” and suggested that he never “set foot in a concentration camp.”Blomstrom is running as a candidate for the Fifth Republic party, a party which he established.Keith Dvorchik, president and CEO of the Jewish Federation of Greater Seattle, told a local blogger that   representatives of his organization and the local branch of the Anti-Defamation League have expressed their concerns to local officials about Blomstrom’s statement in the official King’s County voters’ guide, in which he states his intention to “blow the whistle on Seattle’s Jewish Mafia.”Dvorcjik told The Mike Report that King County election officials”are revisiting the process and procedure because it’s clearly flawed.”Dvorchik added, “This was incredibly offensive and anti-Semitic and they should have not hidden behind ‘freedom  of speech.’”