AIPAC hates the Iran deal, but it’s backing 27 Democrats who supported the agreement in 2015

The Democratic endorsees are a mix of prominent names such as House Speaker Nancy Pelosi and reliable centrists known for their pro-Israel postures outside of the Iran vote.

WASHINGTON  — Killing the Iran nuclear deal has been one of the signature issues for the American Israel Public Affairs Committee, or AIPAC, the country’s largest pro-Israel lobby, for almost a decade.

In 2015, as the deal signed by the United States, Iran and five other global powers gained momentum, AIPAC launched a massive effort to stop it in its tracks, enlisting activists to intensely lobby Congress and rallying the organized Jewish community to stand as one against the deal. There were reports of tearful angry exchanges in congressional offices. One Jewish congresswoman, Debbie Wasserman Schultz, got emotional on CNN in explaining her agonized decision to vote for the bill.

Now AIPAC is endorsing 27 Democrats who voted “yes” for the deal in 2015, offering them financial support through their newly-formed political action committee, the AIPAC PAC. 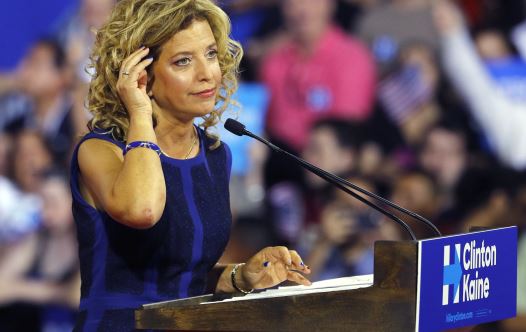 On March 3, the group announced that it had raised $1.67 million for the PAC itself, and another $1 million to be funneled directly to candidates.

The Democratic endorsees are a mix of prominent names such as House Speaker Nancy Pelosi and reliable centrists known for their pro-Israel postures outside of the Iran vote, such as Reps. Henry Cuellar of Texas and Derek Kilmer of Washington. Others are progressives seen as key to maintaining support in that growing caucus, such as Sheila Jackson Lee of Texas and David Cicilline of Rhode Island, who is Jewish.

In all, AIPAC’s PAC is endorsing a total 59 Democrats, including eight who voted against the deal in 2015 — such as Reps. Grace Meng of New York and Ted Lieu of California — and 24 who were not in Congress at the time.

The endorsements, which have raised eyebrows among Jewish Republicans, are emblematic of an increasingly fraught landscape for a lobby that has for decades prized its nonpartisanship. It has already faced scathing criticism from the left for including 37 Republicans on its endorsee list who voted against certifying Joe Biden as president after a mob spurred by former President Donald Trump’s falsehoods about the election led a deadly insurrection at the Capitol.

“Our PAC evaluates candidates from both parties based on their over-all efforts in advancing and strengthening the U.S.-Israel relationship,” Marshall Wittman, AIPAC’s spokesman, said in an email. “At a time when Israel faces growing threats from Iranian regional aggression, it is imperative to build the broadest possible coalition in Congress to help ensure that the Jewish state has the critical resources to defend itself.”

Some Jewish Republicans said AIPAC’s quandary now was one of its own making.

“In the aftermath of the JCPOA, of the fight over it, I thought that AIPAC should have taken scalps,” said Jonathan Greenberg, who was AIPAC’s Midwest political director until 2011, and who has since run for state office in Illinois as a Republican. “And they chose not to do that.” The JCPOA is the nuclear deal’s formal name, the Joint Comprehensive Plan of Action.

At the time of the original negotiations, sources close to AIPAC said they would indeed excommunicate Democrats who voted for the deal, which traded sanctions relief for a rollback of Iran’s nuclear activity. Prior to the September 2015 congressional vote on whether to approve the deal, the group embarked on one of the most intense lobbying periods in its history.

Congress rejected the deal — in the House by 269-162, and the Senate by 56-42 — but neither tally defeated the Senate filibuster, or amounted to enough to override President Barack Obama’s promised veto.

“AIPAC at the time made it very clear that this was a red line issue, and that there would be consequences if people crossed and voted in support of the Iran deal,” said a top pro-Israel Republican who spoke anonynously in order to speak freely. “And at some point, there needs to be accountability for that. So I understand the dilemma and the challenge that AIPAC faces, but I do think it’s important to speak with a clear message.”

Those familiar with the emerging deal — which is being renegotiated to allow for the United States’ reentry into the agreement — say it is likely to be less restrictive than the original pact, because after President Donald Trump pulled out of the deal in 2018, Iran ramped up its nuclear activity in response. Bringing Iran back to the table this time has involved concessions.

According to insiders, AIPAC is hopeful that that shift might give more Democrats — including some of its PAC endorsees — pause in their calculus of whether or not to support it.

There are other considerations. Firstly, the Biden administration might not submit a plan for reentry for a congressional vote of confidence.

And as much as the Iran deal was the focus of AIPAC’s activism in the middle of the last decade, some of the endorsees who voted to support the deal have proven critical in advancing other AIPAC priorities, including defense assistance for Israel. A number of them were critical in securing an extra $1 billiion to replenish the Iron Dome anti-missile batteries depleted during last year’s conflict between Israel and the Gaza Strip.

“AIPAC evaluates their overall record on the U.S.-Israel relationship,” said a source close to AIPAC, speaking of the endorsees. “To do anything otherwise is to narrow the coalition rather than broaden it.”

Greenberg said that made sense with some Democrats. He named Steny Hoyer of Maryland, the House majority leader who was instrumental in pushing through the extra Iron Dome funding, and has been a key friend of the lobby. (Hoyer voted for the deal in 2015 and is one of the AIPAC endorsees this year.)

“You don’t get much better friends than Steny Hoyer and I even I have to admit that — people like Steny Hoyer are allowed a bad vote, even what I consider to be a very bad vote,” Greenberg said.

In addition to Hoyer, other top Democrats who voted for the deal and who are now in key positions include Pelosi and Rosa DeLauro, the chairwoman of the House Appropriations Committee.

Maintaining a bipartisan reputation involves supporting Democratic leaders. Cutting off some of those who voted for the Iran deal would mean alienating the party, and would require a radical reimagining of what the lobby is, said the source close to AIPAC.

“No one should lose thought in this discussion that Israel faces 150,000 rockets from Hezbollah in Lebanon, and needs all the resources available to be able to defend itself,” he said. “To narrow the coalition that defends … Israel’s defense of itself would be reprehensible particularly at a time such as this.”