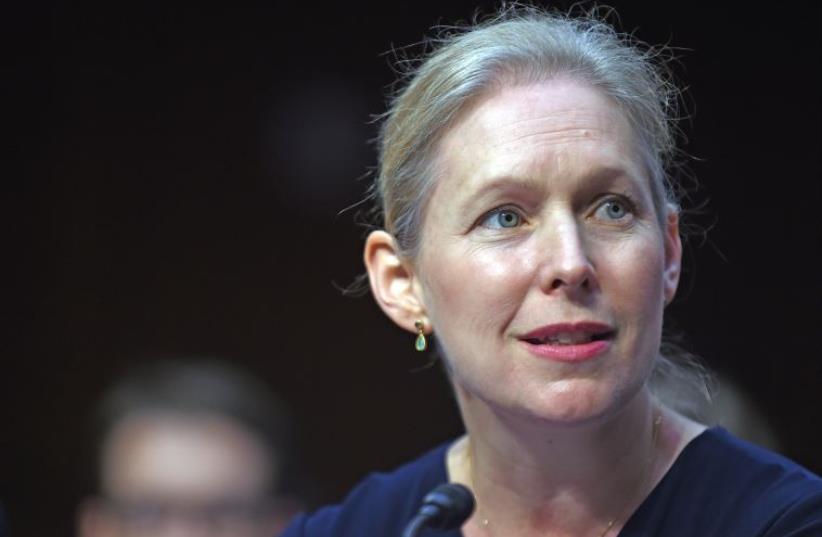 United States Senator Kirsten Gillibrand (D-NY) is leading bipartisan colleagues to urge the Senate to increase funding to combat antisemitism and strengthen the US-Israel relationship, her office announced on Wednesday.

The US Capitol building, which contains the House of Representatives and the Senate. (credit: PIXABAY)

" I will always stand with, and fight for, the Jewish community.”

“Our Jewish neighbors and community members should not feel threatened by antisemitism; such prejudice has no place in this country,” said Gillibrand. “It is important for all of us to commit to combating antisemitism here at home and across the globe, whether it’s condemning hateful rhetoric at the local level or working with our international counterparts on cybersecurity cooperation.

"Every single person deserves the right to live free from the threat of hate, and until that is reality, I will always stand with, and fight for, the Jewish community.”

Gillibrand's appeal comes as her home state faces skyrocketing rates of hate crimes against Jews. Antisemitic attacks in New York City were up a startling 92% in March 2022 compared to the same month in 2021, according to data released by the New York City Police Department. A total of 23 hate crimes against Jews were reported in the city during March - 11 more than were reported the same month last year.

The senator, who has served New York since 2009, caused pro-Israel New Yorkers to raise their eyebrows when she voted for the nuclear deal with Iran in July 2015 and, in 2018, against the Taylor Force Act that takes away American funding from the Palestinian Authority until the PA stops paying stipends to terrorists and to the families of deceased terrorists.

She also sponsored, put her name on, and took her name off legislation against boycotting, divesting from and sanctioning Israel in 2017. At the time, she said her principal concern was that the bill could be read as targeting individuals who participate in the BDS movement.

A member of Gillibrand's press team told The Jerusalem Post the senator was not available for immediate comment.