The Justice Department's mission to enforce the 1957 Civil Rights Act "remains urgent because we do not yet have equal justice," said Garland, whose confirmation hearing is scheduled to begin Monday. 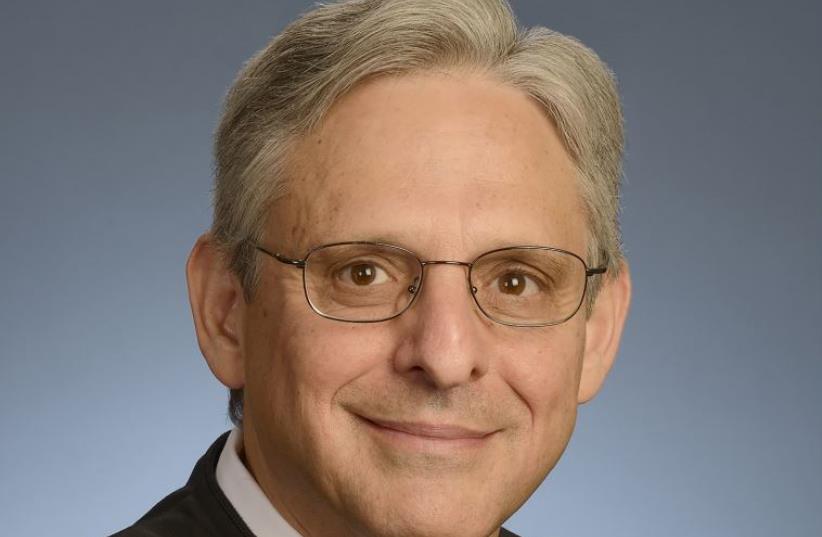 Chief Judge Merrick B. Garland of the United States Court of Appeals for the D.C. Circuit is seen in an undated handout picture
(photo credit: REUTERS)
Advertisement
President Joe Biden's attorney-general nominee Merrick Garland will tell the Senate on Monday he plans to prioritize civil rights and combat domestic terror if confirmed as the top US justice official, according to remarks released on Saturday.

The Justice Department's mission to enforce the 1957 Civil Rights Act "remains urgent because we do not yet have equal justice," said Garland, whose confirmation hearing is scheduled to begin Monday.

"Communities of color and other minorities still face discrimination in housing, education, employment, and the criminal justice system; and bear the brunt of the harm caused by pandemic, pollution, and climate change," he said.

Garland, 68, serves as a judge on the US Court of Appeals for the District of Columbia Circuit, one of 13 federal appeals courts. Former president Barack Obama, a Democrat, nominated him to the Supreme Court in 2016, but the Republican-controlled Senate at the time refused to hold hearings on the nomination.

Garland's confirmation this time around is considered a near-certainty, as several key Republican senators have endorsed him.

If confirmed by the full Senate, Garland will inherit the beginnings of a probe into the deadly storming last month of the US Capitol by former president Donald Trump's supporters, as well as the challenge of preventing future domestic attacks.

In his remarks, Garland called the January 6 riot a "heinous attack" on the peaceful transfer of power, and said that "battling extremist attacks on our democratic institutions also remains central" to the Justice Department's mission 150 years after its founding.

He will also face the daunting task of rebuilding a civil rights enforcement program that many advocates say was diminished by the Trump administration, promoting initiatives to eliminate racial disparities in criminal justice, and restoring morale among Justice Department employees, whom Trump repeatedly attacked as being part of a "deep state."