A view from the bridge linking Christian Zionists and Israel

An interview with American journalist and author Dr. Mike Evans, the founder of Jerusalem’s newest museum. 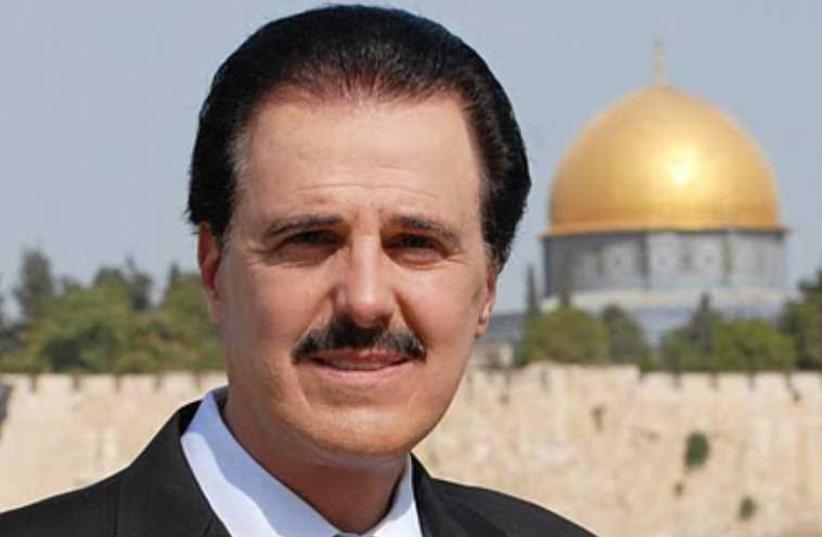 American journalist and author Dr. Mike Evans
(photo credit: Wikimedia Commons)
Advertisement
The Friends of Zion Museum (FOZ) just opened in April. Are people coming? Yes. In the short time since we’ve opened, we have had over 12,000 Christian leaders from around the world visit the museum.They came from places as diverse as Indonesia, India, the United States, several nations of Europe and many African countries, too.There is also a very large demand from Israeli Jewish groups to come and experience the museum. Our exit surveys show that everyone – Jew and Christian – is positively impacted by hearing this amazing story. A Jewish leader remarked, “I walk around Jerusalem and see their names on the some of our streets; now I understand why!” To expand the reach of the museum, we’ve also created a dynamic, interactive web site that offers all the content of the museum online; making the message available to everyone across the globe via the Internet. (www.fozhc.net) The actual museum in Jerusalem is a technological wonder, engulfing the visitor in the museum experience via the most advanced interactive technologies in the world. There are some two billion Christians world-wide, the museum in Jerusalem will reach some of them, but the web site allows many more to experience the amazing story of the Friends of Zion.What is the museum’s purpose?
Unlike most traditional museums which are built on a concept of presenting separately themed exhibits on a certain subject, visitors to the Friends of Zion Museum will be wrapped up in a collective yet highly interactive group experience that takes guests on a guided journey through history from the Biblical era through the modern miracle of Israel in a dramatic exhibition called “HERE AM I”.In August 2012, when Prime Minister Benjamin Netanyahu said, “I don’t believe that the Jewish State and Modern Zionism would have been possible without Christian Zionism,” he declared the belief of a number of Jewish leaders. Theodore Herzl, the father of the modern Jewish state, dreamt of the day it might become a reality.Christian heroes?
Supporting this dream for a homeland throughout history have stood Christian Zionists who, courageously supported, nurtured and, in many cases, sacrificed their lives protecting the Jewish people. Heroes such as John Henry Durant, first winner of the Nobel Peace Prize and founder of the International Red Cross and British Army officer John Patterson. Men like William Blackstone, who gave Herzl a bible with all of the verses related to Jewish homeland rebuilt in the region of Palestine; a bible Herzl kept on his desk for the rest of his life. Although there is an increasing awareness in Israel of the historic support of Christians, many remain unaware of these Christian heroes who gave so significantly to save God’s Chosen People and help to establish the present-day state of Israel. The Friends of Zion Heritage Center exists to tell their story.What sets you apart?
Visitors enter a whole new world, where they meet the biblical figures, academics, businessmen, and military officials who, through their faith, have forged an everlasting bond between Jews and Christians.Former President Shimon Peres is the International Chairman, and IDF General (ret.) Yossi Peled, whose life was saved by Christians during the Holocaust, leads a diverse Israeli board that includes former Mossad head Danny Yatom, former Minister of Justice Yaacov Neeaman and renowned Israeli composer Kobi Oshrat.The Friends of Zion Museum is a $50 million masterpiece of vibrant, interactive history.See www.fozhc.net
Advertisement
Subscribe for our daily newsletter