Capturing new opportunities in the US middle market

Technology has become a key factor in global economies, and this development has had a most positive impact on Israel. 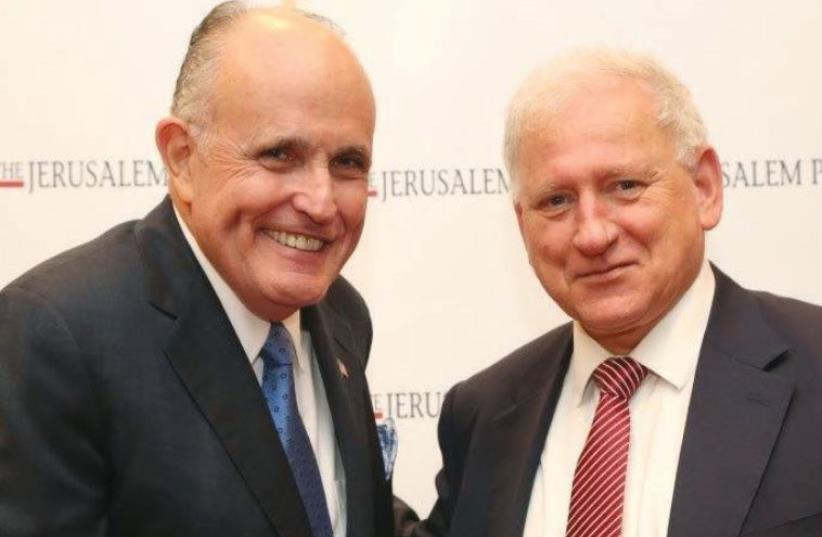 Bank Hapoalim Chairman Yair Seroussi (right) with former New York mayor Rudy Giuiliani
(photo credit: Courtesy)
Advertisement
Bank Hapoalim views the US market as the primary target of its international expansion.In 2010, before the recovery from the 2008-2009 financial crisis, only a limited number of financial institutions were providing business credit. It was at this very juncture that the bank took the strategic decision: to reestablish its Middle Market activities in the US.We viewed the crisis as an opportunity, assessing that the recovery would be swifter than in other markets.Furthermore, we were starting from a position of strength: in the United States we had expertise, infrastructure, and professional experience.Just as significant, we had excellent contacts who were more than pleased to cooperate with us.It is important for me to note that it was during this period that we also decided to emphasize expanding our activity in Israel’s middle market.While Bank Hapoalim has maintained an active presence in New York for dozens of years, we have recently expanded to Los Angeles and Miami, and we will soon have offices in New Jersey as well.One of our unique differentiators is the personal visits to our clients, meeting with them in their offices and operating premises. These interactions express our long-term commitment: our clients can be confident that we will be by their side during the many cycles of their business.Technology has become a key factor in global economies, and this development has had a most positive impact on Israel. Israelis are enamored with innovation, with the many “gadgets” that have become an integral part of our daily lives. At the same time, they are characterized by strong motivation, and a respect for values.This culture, we believe, is bred by an environment in which so many Israelis – a higher percentage than in other nations – are active in youth movements during their formative years, followed by army service. It is during their army service, at an age during which most youth in other countries are free to go on with their routine life, that young Israeli men and women take on responsibilities and make decisions that can be the most critical in their lifetime.In recent years, Bank Hapoalim has recorded significant achievements in providing financial support and expertise to Israel’s ambitious hi-tech companies. We are proud to note that we have recruited hundreds of new clients in this burgeoning environment.We are now actively engaged in building a similar infrastructure in the US Northeast to serve the hundreds of Israeli companies active in that region, often because of the simpler procedure of registering a new company in Delaware. As a result, a growing number of Israeli companies carry out their R&D in Israel, while their marketing and management are located in the US.In the past few decades, Israel has developed a highly positive competitive ethos, translating outof- the-box thinking into valuable technologies. However, most of the efforts are focused on infrastructure and information technologies, rather than the marketing of finished goods. Realities dictate this situation: the Israeli market is small and limited, and the nation is surrounded by hostile and relatively underdeveloped economies.Israel’s hi-tech sector must therefore direct its efforts to global markets.European and Asian economies are increasingly interested in Israeli offerings, but the American market is still the dominant address for Israel’s international scope. I envision that this will be true for at least the coming decade, if not longer.Yair Seroussi is speaking at The Jerusalem Post's Annual Conference in New York on May 22. Click here to register for the conference