An age-old phenomenon, the lone wolf terrorist has emerged as the new face of terror. 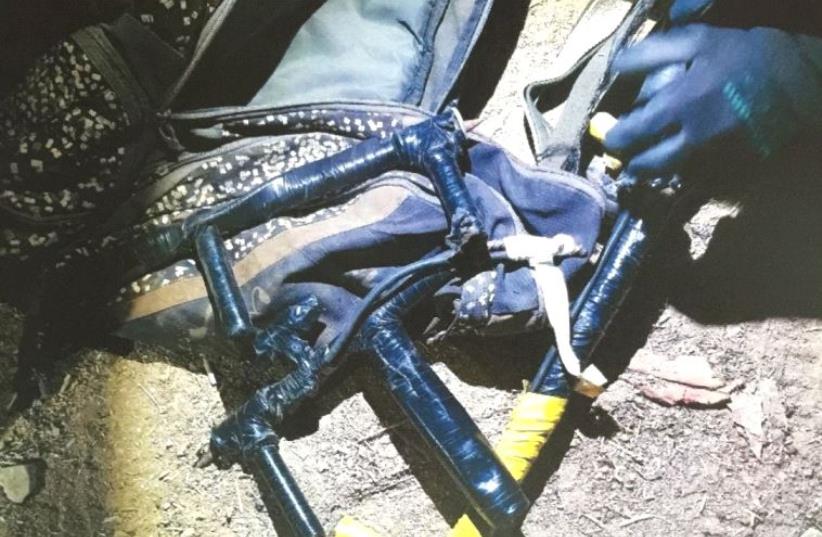 Weapon confiscated from West Bank terror cell by Israeli security forces
(photo credit: SHIN BET)
Advertisement
Since October 2015, Palestinian youth have stabbed, run over and shot Israeli soldiers and civilians, in a wave of violence in the West Bank and Israel. While the violence has decreased from its peak in the winter of 2016, when there were almost-daily attacks, the lone-wolf terrorist has emerged as the new face of Palestinian violence.The lone-wolf attacker poses a new and different type of threat than that of attacks directed by an organized group. And even though the decision to carry out an attack is taken at the last minute, Lt.-Col. Sagiv Dahan, an officer in the operations branch of the Judea and Samaria Division, told The Jerusalem Post that the army has succeeded in preempting many assailants due to profiling and intelligence collection.Security officials have set the profile of the lone-wolf attacker as a Palestinian male between the ages of 15 and 24, who comes from one of six or seven villages in the West Bank and who targets specific places there – the Gush Etzion junction, Hebron, Tapuah junction, Kikar Aryieh near Ariel and the southern entrance to Nablus – all locations that have become “symbols of Israel.”While many Palestinians who fit the profile are inspired by what they see and read online about previous attacks, or by the death of a family member at the hands of the IDF, many others, who have suicidal tendencies or mental health problems – such as was the case with 57-year-old Jamil Tamimi, who stabbed to death British student Hannah Bladon in Jerusalem on Friday – pose a high risk.According to intelligence officials, 40% of attackers between October 2015 and January 2016 were later found to have had suicidal motives.Many other terrorists, Dahan said, come from the fringes of Palestinian society where they are not succeeding, and while they may not be suicidal they are looking for a way out of their problems – this group includes many women.The risk of copycat operations after any successful attack is high, as there are many who will want to take revenge for a terrorist’s death, especially if the attack was carried out by a woman, Dahan said.According to another senior officer in the West Bank, the best way to protect against lone-wolf attacks is to train soldiers how to properly react.
IDF and Shin Bet arrest terror shooting ring at Ofra in the West Bank. Credit: IDF
“We are always worried that someone will wake up and want to carry out an attack; we are not able to track these lone wolves with 100% certainty,” the officer said during an interview at his base outside Tulkarm, adding that soldiers must be aware that situations can go “from 0 to 100” in a matter of seconds.Due to this training, the officer said, the large majority of lone-wolf attacks have ended in a way that the army considers ideal, with the terrorist “neutralized” and with no injuries to Israelis.While lone-wolf attacks are hard to prevent, security forces, including the Shin Bet (Israel Security Agency), the IDF and police, have increased their efforts to get to the root of the problem in several ways.With a recent increase in shootings, the IDF has focused on thwarting them by carrying out near-nightly raids in the West Bank, uncovering and sealing workshops producing illegal weapons. The weapons are seized, greatly reducing the number available and increasing the cost for potential attackers. According to the IDF, 43 weapons factories were shut down and more than 450 illegal weapons were seized in 2016. Another 12 weapons factories were closed and more than 115 illegal weapons were confiscated by security forces in 2017 thus far.According to the senior IDF officer, thousands of attacks have been thwarted due to intelligence collection, including through increased monitoring of social media activity, which often leads to the arrest of Palestinians who express a desire to attack or attempt to inspire others to do so on social networks such as Facebook.But military operations are only part of the solution. The IDF has realized that there must also be intervention on a social level, such as working with community leaders and family members of young Palestinians the army considers to be at risk of carrying out an attack.“We tell them that if you want to carry out an attack, it won’t have an impact only on you, it will affect your entire family,” Dahan said.The army wants to end this cycle of violence, Dahan said. “We have no interest in killing anyone, we want to kill their motivation to become terrorists. That is our main goal: to get them before the act.”