Analysis: Driving into a hornet’s nest in Kalandiya

These raids have increasingly turned into urban gun battles in recent months. 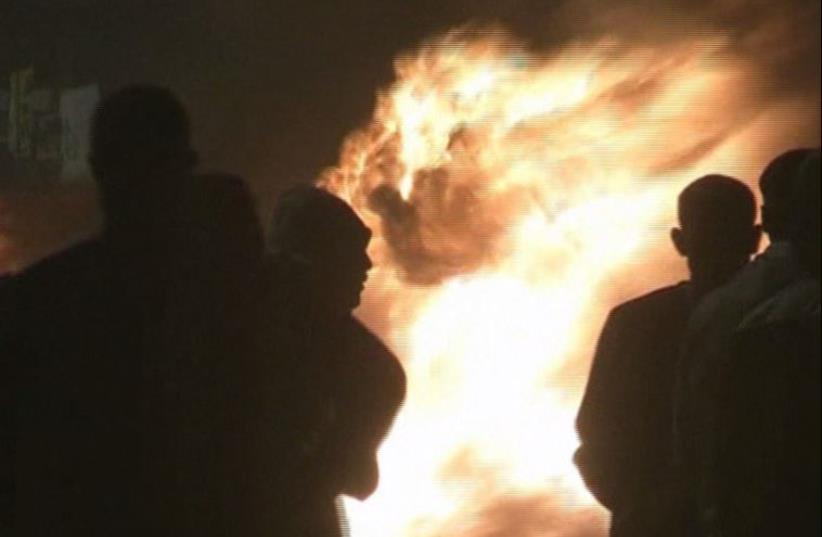 IDF rescues two soldiers from massive Kalandiya riot; 5 troops wounded
(photo credit: screenshot)
Advertisement
The lawless area north of Jerusalem known as Kalandiya refugee camp is awash with automatic weapons and trigger-happy Palestinian youths who are very willing to fire on the first Israelis they see in their neighborhood.Yet, the Palestinian Authority could also find itself under fire in such places.It does not send its forces into this area, even though it is in Area A – under its security jurisdiction. Only the IDF launches periodic incursions there, to arrest security suspects and seize firearms.These raids have increasingly turned into urban gun battles in recent months.Kalandiya is a time bomb because of the chaos and its complete lack of policing.The fact that two soldiers accidentally strayed into it overnight Monday – and encountered the rioting they did – is not an indication of a general escalation in Palestinian violence. Rather, it is a reminder of the fact that in places like Kalandiya, as well as “refugee camps” in Nablus, Jenin and even Shuafat in northeast Jerusalem, gunmen wander around openly, youths with firebombs and rocks loiter on the streets and certain chaos rules.According to defense sources, Kalandiya is not a place where many organized Hamas terrorist cells have formed recently, but it is a place rife with unorganized, localized violence.Israelis traveling in the territories, whether soldiers or civilians, could, if not careful, find themselves in such areas. In most cases, when Israelis stray into Area A, Palestinian police are present to take them in and return them to the IDF safely – one of the major benefits of ongoing security coordination.In Kalandiya, however, PA police are no where to be seen.On an operational level, IDF soldiers are under orders not to rely exclusively on smart phone navigation applications to get around Judea and Samaria and to know their route without the aid of such means.Monday night’s incident could have had a far worse outcome.In the meantime, places like Kalandiya will continue to fester.