It's "unthinkable" that Karim and Maher Younis, who killed Sgt. Abraham Bromberg in 1980, "would continue to hold Israeli citizenship," Deri said.

Ahead of the release of the murderers of an IDF soldier and “longest-serving Palestinian prisoners in Israel” on Thursday, Interior and Health Minister Arye Deri sent an official request for Attorney-General Gali Baharav-Miara to apply to strip them of their Israeli citizenships on Tuesday night.

Deri said that, under the Citizenship Law, he was exercising his authority to ask the A-G to apply for the revocation of the citizenships of Karim and Maher Younis, who killed Sgt. Abraham Bromberg in 1980, with the Court of Administrative Affairs.

The murder of Sgt. Abraham Bromberg

In 1980, Cousins Karim and Maher Younis, under the direction of relative Sami Younis, abducted Bromberg in their car as he hitchhiked to Zichron Ya'akov from his base in the Golan Heights. They reportedly shot the soldier in the head, threw him from the vehicle, and stole his weapon. Bromberg was found injured but died a month later from the severe wound.

Karim and Maher were initially sentenced to death, but the sentence was reduced to 40 years imprisonment, the Samidoun Palestinian Prisoner Solidarity Network said on Monday. According to Shurat HaDin, Sami, who was sentenced to life in prison, was released as part of the Gilad Schalit deal but died in 2015. Both organizations have described the Younis cousins as the  “longest-serving Palestinian prisoners in Israel.” 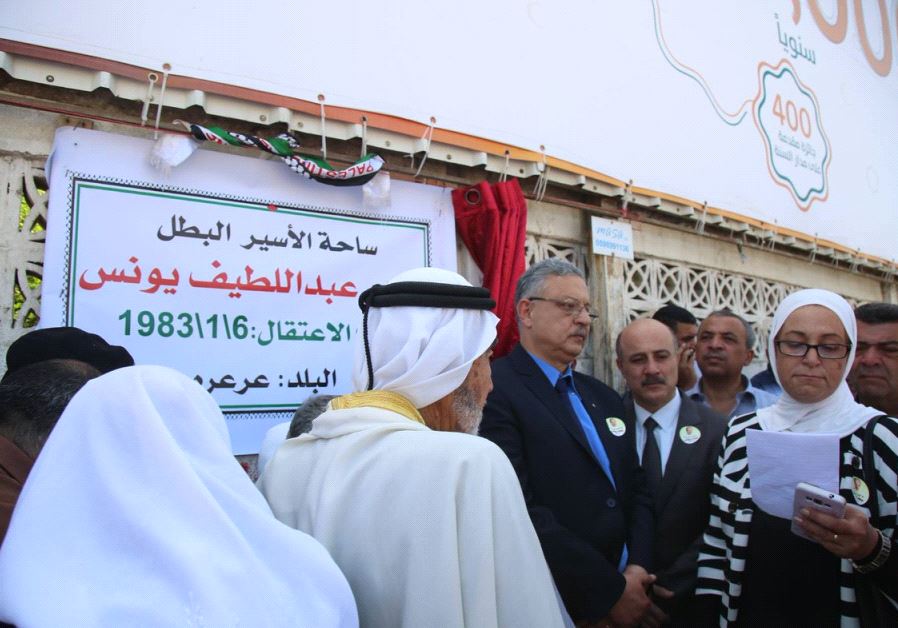 The Younis cousins have become celebrities among some Palestinian factions, the Popular Front for the Liberation of Palestine (PFLP) terrorist group-affiliated Samidoun saying “his release this coming Thursday is long-awaited by the Palestinian people.”

According to Shurat HaDin, Karim was appointed to Fatah's Central Committee in 2017, one of the highest institutions in the movement. A street was also named after him in Jeninת and after Maher a city square in Tulkarm. The two have also been lauded in Palestinian Authority ceremonies.

Samidoun published a message from Karim on Monday, in which he said he was “returning to sing again with my people everywhere the anthem of my homeland, the anthem of the fedayeen, the anthem of return and liberation.”

“I will leave my cell, from which I have always wanted to leave, taking my freedom, accompanied by my brothers on this path and my fellow fighters in the struggle, imagining a reception that expresses victory and a great achievement,”  said Younis. “I will leave my cell and go, but my soul will remain with those who hold fast to the embers, who keep the embers of the Palestinian struggle as a whole.”

What is the Citizenship Law?

The Citizenship Law invoked by Deri was first enshrined in 1952 and has undergone multiple amendments. In its current form, the interior minister may submit a request to the court to strip a person of their Israeli citizenship for terrorism, espionage,  using false means to acquire the citizenship, or obtaining citizenship from an enemy state.

In July, the High Court of Justice ruled that the law was constitutional in a case on the cancellation of the citizenship of convicted terrorists Alaa Ziad and Mahmoud Mafarja. Prior to that case, the law had only been applied in this manner once before, senior Hamas member Nahed Abu Kishak, and Hezbollah defector Keis Obeid. If Deri’s request goes ahead, it would be the third attempt to revoke a terrorist's Israeli citizenship.