As investigations begin, reports that father of murdered teen among security forces who found her

Defense official says that the success of terrorists permeates into Palestinian villages and onto social media, will inspire further attempts. 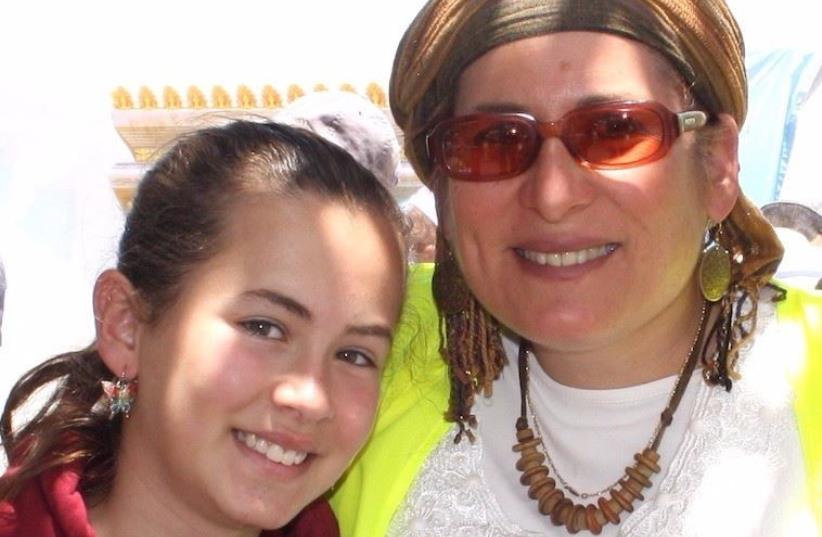 Hallel Yaffa Ariel (L) who was killed in a terrorist stabbing in Kiryat Arba on June 30, 2016 is pictured with her mother in a photograph from 2015
(photo credit: COURTESY ADAM PROP)
Advertisement
The security establishment, IDF and Israel Security Agency (Shin Bet) are investigating how 19-year old terrorist Mohammad Tarairah, from the village of Bani Naim near Hebron, managed to climb the fence surrounding Kiryat Arba and enter the settlement. Tarairah had no obstructions when he the entered into the Ariel family's house, and killed 13-year old Hallel Yaffa while she slept in her bed.Initial inquiries have revealed that the terrorist was identified by security forces and members of the on-call team. Only a few minutes passed between security cameras identifying Tarairah and the guards arriving at the scene, but they could not stop him before he had already fatally stabbed the defenseless teenager multiple times.When entering the house to neutralize the terrorist, Shuki Gilboa, a member of the on-call security team was stabbed and severely injured. A second member of the squad shot and killed the terrorist.A security source compared the murder to that of Dafna Meir, a mother of six who was stabbed to death in front of her teenage daughter inside their home in the West Bank settlement of Otniel in January.The source feared that this murder was a direct imitation of that attack, and said successes such as these permeate into Palestinian villages and onto social media. It creates a desire and the courage to then go out to commit similar atrocities, they said.The assessments have concluded so far that the attack was planned, and the terrorist chose the Ariel home specifically because it was relatively isolated within the settlement. According to their understanding, had the security forces not identified his presence, he would have gone on to commit further killings, rather than escape, as Dafna Meir's murderer Morad Bader Abdallah Adis had done.Eyal Golman, the security coordinator for the settlement, described how the victim's father was part of the security team which came to stop the terrorist. He was present as the forces found his daughter in bed, with over eight stab wounds to her body. Despite their best efforts, resuscitation attempts did not succeed, Golman said.Despite two serious attacks in June, with the shooting at the Sarona Market in Tel Aviv in addition to today's murder in Kiryat Arba, the security establishment has identified that there is an overall decrease in the number of attacks. According to the Shin Bet, the number of attacks dropped to 101, compared with 115 in the previous month. The agency added that there has been a decline in most regions throughout the West Bank.The IDF also believes that the wave of terror, which began in October 2015, is in decline, but that it is quite possible that once in a while there will be an attack. "The Palestinians understood that carrying out attacks has not brought them anywhere, and therefore we see a decline in the number of attacks," a military source said, adding that "next to this nobody is abandoning the idea of resistance and incitement still exists, therefore occasionally we expect to see more attempts, and unfortunately successes too."