The Boycott, Divestment and Sanctions Movement hailed the decision as its second success of the day. 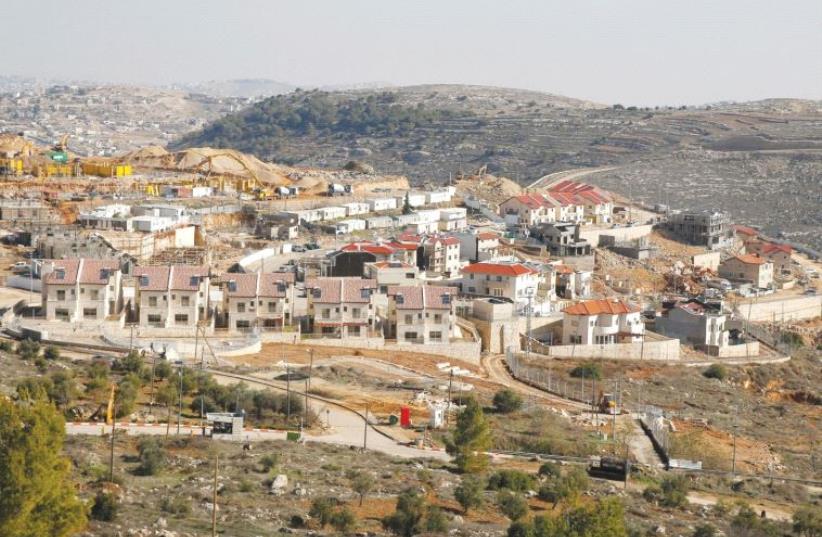 THE SETTLEMENT of Efrat in Gush Etzion. Nothing can change the Obama administration’s mind that settlements are the primary cause of the Israeli-Palestinian conflict, the author argues.
(photo credit: REUTERS)
Advertisement
The Quakers in Britain Church, a group of approximately 17,000 members, announced that it was the first church in the United Kingdom to divest from companies that derive profit from Israeli activity over the pre-1967 lines, noting that to do so was equivalent to benefiting from the 19th-century slave trade.The church published its decision in a press release on its website on Monday, the same day that the global vacation rental company Airbnb stated that it planned to stop listing sites in West Bank settlements.“This includes companies – whichever country they are based in – involved for example in the illegal exploitation of natural resources in occupied Palestine, and the construction and servicing of the separation barrier and Israeli settlements,” said Ingrid Greenhow, clerk of Quakers in Britain trustees.The Boycott, Divestment and Sanctions Movement hailed the decision as its second success of the day.Quakers in Britain stated that the decision had been reached in consultation with the Quakers national representative body, called Meeting for Sufferings.It “fits into a long Quaker history of pursuing ethical investments. It follows decisions not to invest funds in, among other [things], the fossil fuel industry, arms companies, Apartheid South Africa and – going even further back – the transatlantic slave trade.”The move is largely symbolic, since the church has not knowingly invested in such companies. It explained that it wants to ensure that it does not do so in the future. The church had already adopted a decision in 2011 to boycott settlement products.The church called on other Quaker meetings to follow in its footsteps.Paul Parker, recording clerk for Quakers in Britain, said, “We know this decision will be hard for some to hear. We hope they will understand that our beliefs compel us to speak out about injustices wherever we see them in the world, and not to shy away from difficult conversations.”“We want to make sure our money and energies are instead put into places which support our commitments to peace, equality and justice.”Greenhow added that the church looked forward to the United Nations Human Rights Council’s publication of its data base of companies doing business in Israeli areas over the pre-1967 lines.The UNRHC has yet to give a date for that publication.The Board of Deputies of British Jews, the central umbrella body for British Jewry, condemned the decision, and essentially accused the Quakers of double-standards in their singling out of Israel for divestment. “The appalling decision of the Friends House hierarchy to divest from just one country in the world - the only Jewish state - despite everything else going on around the globe, shows the dangers of the obsessive and tunnel-visioned approach that a narrow clique of church officials have taken in recent years,” said BoD President Marie van der Zyl.Jeremy Sharon contributed to this report.