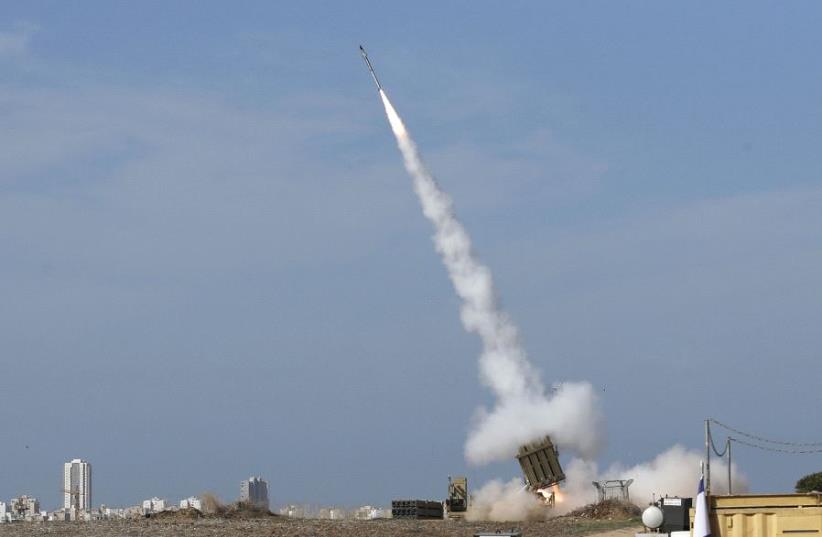 Iron Dome launcher fires an interceptor rocket
(photo credit: REUTERS)
Advertisement
CBS News on Wednesday corrected an earlier report that falsely claimed Hamas had fired rockets at Israeli military targets.Last week, CBSN anchor Anne-Marie Green – in a report about the resignation of defense minister Avigdor Liberman – stated that “Palestinians have fired hundreds of rockets at Israel's military."But on Wednesday, Green issued an on-air correction to that report.“In a report on November 14 we said that Palestinians had fired hundreds of rockets at Israel’s military,” she said. “In fact, the rockets were fired into Israel, including several cities and civilian targets.”
CAMERA, the Committee for Accuracy in Mideast Reporting, took credit for prompting the correction. The NGO said members of its staff were in contact with the CBS News team: “CAMERA commends CBSN for setting the record straight,” it said Thursday.