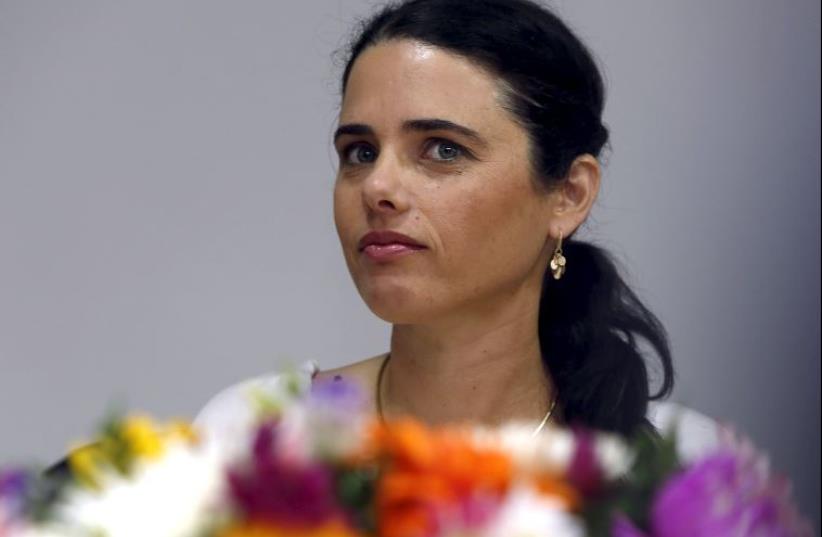 Justice Minister Ayelet Shaked
(photo credit: REUTERS)
Advertisement
Possibly setting a major precedent, the Nazareth District Court on Thursday approved the administrative detention of a 19-year-old woman from northern Israel who sent a text message to people close to her that she wanted "to be a shahid [martyr]."On Wednesday, Justice Minister Ayelet Shaked told The Jerusalem Post that the state might start to administratively detain people if they expressed future violent intentions or encouraged violent incitement in electronic and social media.While Israel puts more people under administrative detention than most democratic countries, the measure is usually reserved for hardened terrorists.But in light of the current wave of violence, mostly led by lone-wolf individuals with no formal connections to terrorist groups, the use of administrative detention may widen to new situations such as the current case. The woman's name is under gag order even though she is not a minor.