Dimona teen who stabbed Arabs to be charged with aggravated battery, not attempted murder

On the morning of October 9th, police arrested the teen for stabbing four Arab men in the southern city over the course of more than an hour. 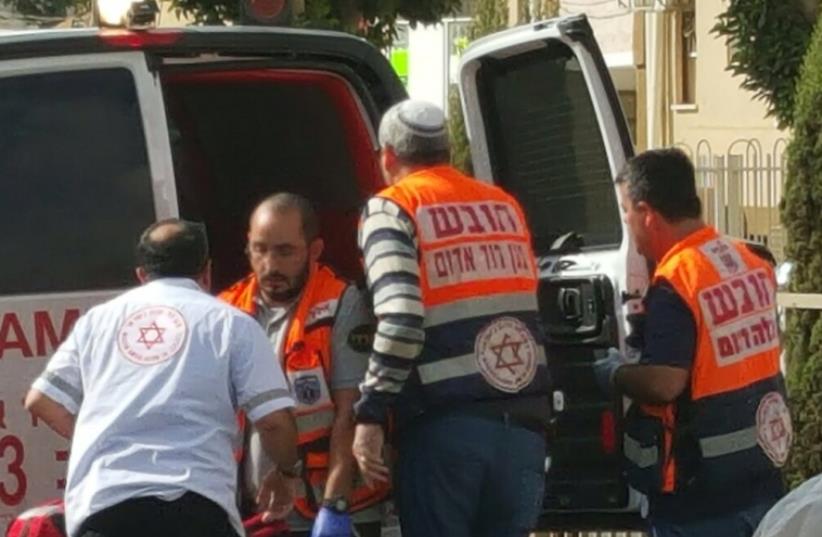 Dimona stabbings
(photo credit: POLICE SPOKESPERSON'S UNIT)
Advertisement
An indictment is expected in the coming days for a Dimona teen that stabbed four Arab men in the city earlier this month in a suspected hate crime meant to “avenge” stabbing attacks against Jews.The indictment – to be issued in the Beersheba juvenile court – will be for the charges of aggravated battery and possession of a knife, police said.The teen will not face charges of attempted murder for stabbing the four men, two of whom he stabbed in the upper body and were moderately wounded.The teen is represented by far-right activist attorney Itamar Ben-Gvir, who said his client is mentally disturbed.Ben-Gvir said police have yet to answer a court order to have the youth undergo a psychiatric examination, adding that “it’s clear that they are trying to subject him to a show trial.”Ben-Gvir, who often represents those accused of “price-tag” crimes and attacks on Palestinians, said his client “had no intent to kill and is absolutely not mentally well.”On October 9, police arrested the teen for stabbing four Arab men in the southern city over the course of more than an hour. The attacks began around 9 a.m. after police received calls about an Arab man found stabbed on a city street. Police then received calls about three other attacks, including of two men who managed to make their way to a police station to seek help.Magen David Adom paramedics said two of the men were moderately wounded and two were lightly wounded.Two of the victims were Palestinians and the other two were Israeli Arabs.Under questioning, police said he told investigators that he was driven by his belief that “all Arabs are terrorists.”Prime Minister Benjamin Netanyahu strongly condemned the attack later the same day, saying “Israel is a state of law and order,” and pledging to “bring justice to anyone using violence and breaking the law from any side.”