Egyptian MP removed from office after meeting with Israeli ambassador

465 out of 595 Egyptian representatives voted in favor of Okasha's removal from parliament. 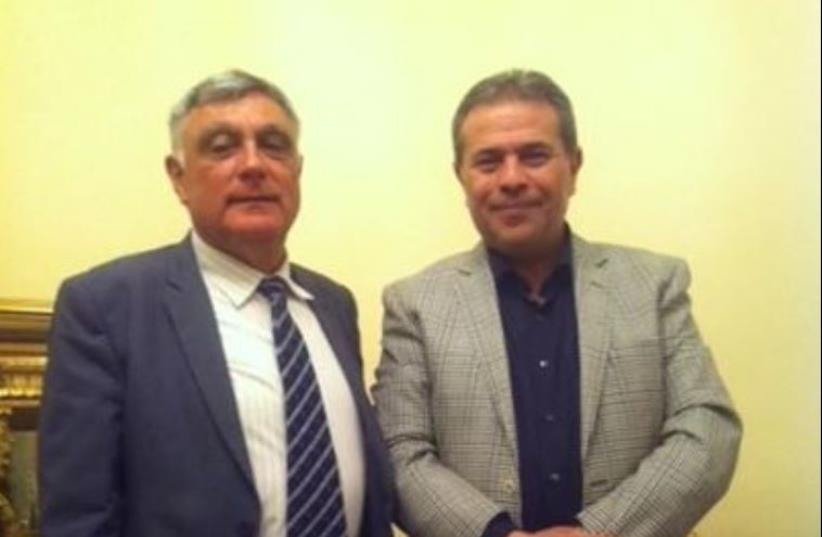 MP Tawfik Okasha (right) hosts Israeli ambassador Haim Koren
(photo credit: EGYPTIAN MEDIA)
Advertisement
Following his recent meeting with the Israeli ambassador, Egyptian Member of Parliament Tawfik Okasha was ousted from his position on Wednesday, in a decision made by two thirds of Egyptian lawmakers.  465 out of the 595 representatives voted in favor of his removal from office on the grounds that his meeting with Israeli ambassador Haim Koren damaged relations with neighboring nations and that it infringed upon the established parliamentary policy which opposes normalization of relations with Israel.The vote came three days after Okasha was accosted in parliament when another lawmaker hurled a shoe at him and demanded he be suspended from parliament for his misconduct.Okasha sparked controversy in Egypt when he extended an invitation to the Israeli ambassador during his TV show "Egypt Today." He announced in the broadcast: "I have personally invited the Israeli ambassador to Cairo, Haim Koren, to a dinner at my house next week to discuss the Nile dispute and other important issues." Among the reasons for removing Okasha from parliament were that he "had lost the trust of the Egyptians and especially the trust of his voters and that his act showed disrespect for the blood of Egyptian and Arab martyrs." Okasha tried to get into the session to apologize to colleagues before it was too late but was barred by security on the orders of the speaker.He sat outside, watching the vote on a screen, and left shortly before the session closed, declining to comment. In comments earlier this week, Okasha said he had done nothing wrong as Egypt has diplomatic ties with Israel.A recent survey showed that 90% of Egyptians opposed the meeting the meeting between Okasha and Koren.  The Israeli embassy in Cairo reported that the meeting between the MP and its ambassador was a positive one and said that the two agreed to continue collaborating in the future.  Reuters contributed to this report.