Eisenkot: Live fire permitted against those attacking our infrastructure

The IDF chief of staff weighed in on cross-border and domestic issues. 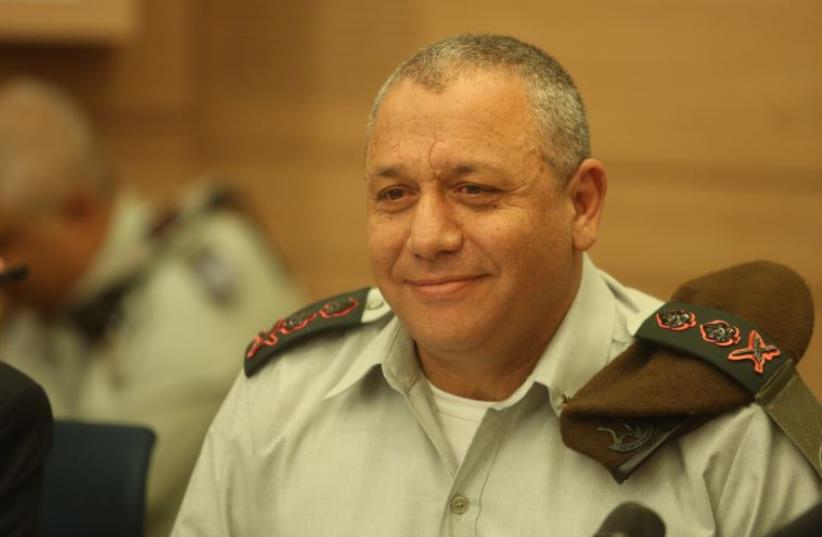 Gadi Eisenkot
(photo credit: MARC ISRAEL SELLEM/THE JERUSALEM POST)
Advertisement
The IDF will be allowed to use live fire in the event that Palestinians attack Israeli infrastructure during the much-anticipated Land Day protest expected along the border with the Gaza Strip on Friday, IDF Chief of Staff Lt.-Gen. Gadi Eisenkot said in an exclusive interview.“We are reinforcing the barriers and a large number of IDF soldiers will be stationed in the area to prevent any trespassing attempts into Israeli territory,” Eisenkot told Maariv, The Jerusalem Post’s sister publication. “Our main goal is to prevent civilians, especially women and children from being harmed. We are adamant about preventing any incidents.”He added that “opening of fire is allowed if someone is harming security infrastructure and there is a threat of a dangerous crime. Last year, hundreds were injured while they were trying to destroy part of the fence. We will not stand for this.”
IDF Chief of Staff Gadi Eisenkot visits Hamas terror tunnels, December 20, 2017 (IDF Spokesperson"s Unit)
During the interview, which will appear in Friday’s Magazine, Eisenkot said that there is currently no existential threat against Israel and that militarily, Israel is unbeatable. He revealed that the Air Force had resumed operations in Syria since the downing last month of an F-16 and he promised to complete the eradication of the tunnels along the Gaza border by the end of 2018.Iran, Eisenkot said, does not dare approach the border with Israel in the Golan Heights, and Hezbollah, he added, does not yet have a missile capable of striking a precise target inside Israel.The IDF chief of staff also weighed in on domestic issues: the haredi draft, the case of Elor Azaria, otherwise known as the Hebron shooter, and the integration of women into combat units. Regarding Azaria, whose sentence a military parole board recently decided to cut by a third, Eisenkot said: “The last thing I would want is for people to say he is a hero. This is not how a hero looks.”The full interview will appear in Friday’s Magazine.