The Palestinian Authority has sent swimmers to the Olympics since 2000; they gained eligibility to participate in 1996. 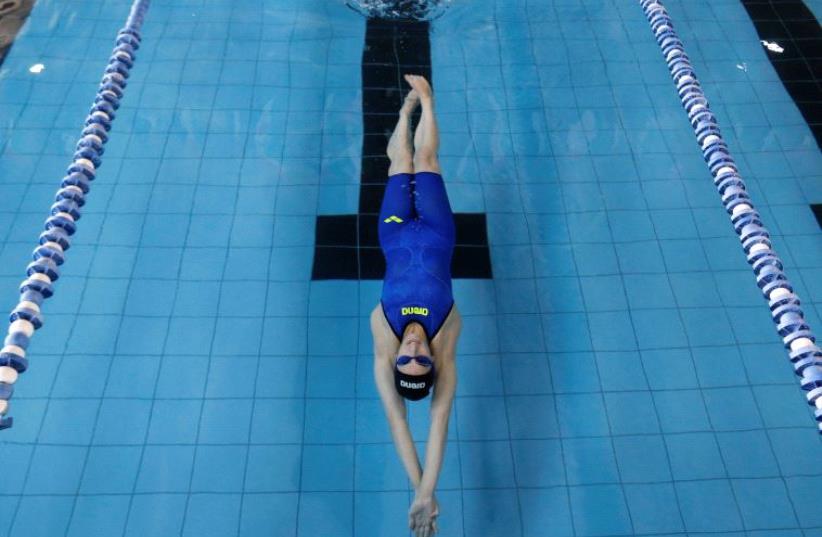 Palestinian swimmer Mary Al-Atrash, 22
(photo credit: REUTERS)
Advertisement
Claims of the immense training difficulties faced by Palestinian Olympic-hopeful Mary al-Atrash have rippled across the media as of late over their apparent stretching of the truth.A recent report by Tablet Magazine has stirred the waters surrounding the Palestinian athlete's struggle to prepare for the Summer Games in Rio de Janeiro.In a June report, Reuters claimed that the 22-year-old swimmer from Beit Sahour, near Bethlehem in the West Bank was without an adequate pool in which to train.However, it turns out she had several places near her hometown where she could have trained. For example, Murad tourist resort near Bethlehem boasts of not one, but four Olympic sized pools.“The resort houses four Olympic-sized swimming pools equipped with four water slides designed by professional engineers, as well as a special 80 by 30 meter pool for sliding," Murad’s website states.Furthermore, she could have had the opportunity to train in Jerusalem but failed to apply for a permit, as other Palestinian athletes have refused to do in the past, according to the Coordinator of Government Activities in the Territories.Despite not training in an Olympic sized pool, al-Atrash was sent to swim in Rio.Al-Atrash’s best time for the race, 29.91 seconds, was more than four seconds slower than the qualifying time of 25.28 seconds.Despite not having any qualifying athletes, the Palestinian Authority was invited by FINA, the International Swimming Federation, on a Universality invitation. The invitation allowed for one male and one female swimmer.The Palestinian Authority has sent swimmers to the Olympics since 2000. They gained eligibility to participate in 1996.In past years Palestinian athletes have trained abroad, including fellow swimmer Ahmed Jibril, who was set to compete in his second Olympics. According to Al Arabiya, Jibril previously trained with the team in Barcelona for the 2012 London. It was not stated where he trained this year.