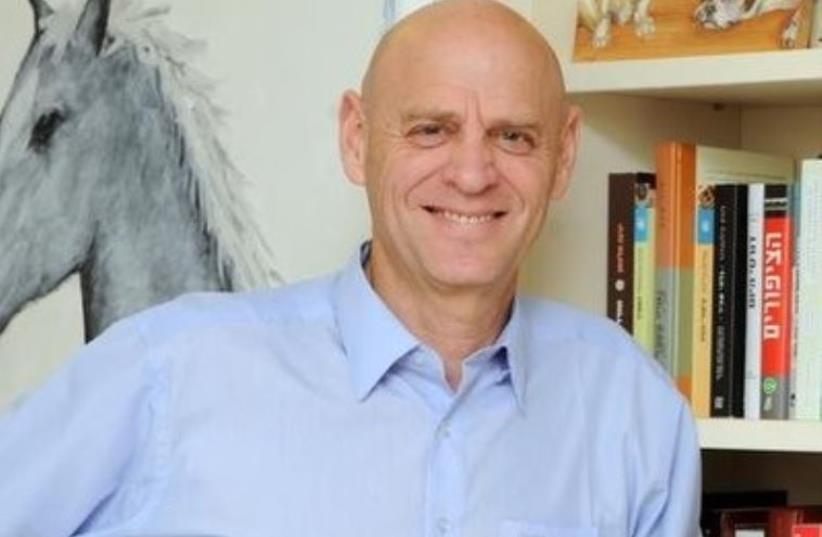 Maj.-Gen. (res.) Noam Tibon
(photo credit: Courtesy)
Advertisement
Russia and the US are slipping into a dangerous new cold war fueled by their rival coalitions in Syria, a former senior IDF commander warned on Monday.Maj.-Gen. (res.) Noam Tibon, who until recently was commander of the IDF’s Northern Formation, a wartime military command in charge of units maneuvering in northern arenas, told The Jerusalem Post he was concerned by the direction in which US-Russian rivalry in Syria is headed.“I think a most dangerous thing is taking place here,” he said. “We are beginning to see the first signs of a cold war. There is a fight in Syria for hegemony,” Tibon said, adding that Russia’s military activities in Syria are not temporary, and that Moscow “set up military bases in Syria to stay there.”While Russia’s intervention happens to assist Assad, its real goal is to expand its influence at the expense of the US-led coalition fighting ISIS, Tibon cautioned.A return to cold-war tensions will significantly harm the chances of any future arrangement that could put an end to the wars raging in Syria and Iraq, he said.“We need the Russian and American presence in the region to lead to positive developments. But the current dynamics can lead to instability, and we really do not want that,” Tibon stated.Currently, Russia’s presence in Syria is having a restraining factor on Hezbollah and Iran when it comes to conflict with Israel, Tibon acknowledged, and the IAF and Russian air forces have stayed out of each other’s way. Yet, in the long-run, he said, Russia could decrease cooperation with Israel due to “our natural alliance with the US.”Regional states that are in opposing coalitions, such as Iran and Saudi Arabia, add to the dangerous dynamics and lack of cooperation, he said.A renewal of the cold war would likely spread to other areas of the world, such as the Ukraine, and to international waterways.It is up to both the Americans and the Russians, as well as the international community, to begin formulating a logical solution to the wars raging in Syria and Iraq after Islamic State’s defeat, according to Tibon.“I think a new solution has to be on the table today. Otherwise, we will wake up tomorrow morning and see that Islamic State lost, but that no solution has been found,” he said.Referring to lessons learned following the end of World War II and the war in Yugoslavia, Tibon said conquering areas from Islamic State is the simple part.“To hold areas and create opportunities that lead to quiet is the most important thing,” he added. “Islamic State is losing battles every day on the Syrian and Iraq fronts. But that’s the small aspect. It still does not lead to stability in the end. Changing the whole structure of Iraq and Syria, and dividing them into ethnic states would lead to stability. We see that only this solution solved the bloody conflict in Yugoslavia.This is the only thing that will create quiet and prevent the rise of a new entity that will be even more cruel than Islamic State,” Tibon argued.His plan calls for the creation of four ethnic states: a Shi’ite state in southern Iraq; a Sunni state in western Iraq and eastern Syria, where Islamic State now controls territory with some support from the local population that suffered from past discrimination and alienation; a Kurdish state in northern Syria and Iraq, “which would repair a historical injustice;” and an Alawite state on the Syrian coastline, which is in line with Russian interests.“Otherwise, Islamic State will be destroyed, but a new enemy will arise, and the whole effort will be for nothing. We must stop thinking in terms of Iraq or Syria. If we try to rebuild Syria and Iraq, it will not succeed. We need to release ourselves form old concepts,” he said.Asked to comment on Israel’s policy of non-intervention in the Syrian war and respond to calls by some to target the Assad regime, Tibon said the current approach was the right one.Israel’s policy on Syria was pioneered by deputy IDF chief of staff and former OC Northern Command, Maj.-Gen. Yair Golan, Tibon noted.“We should not take sides in this bloody conflict. We should safeguard Israel’s interests, prevent attacks against us, and provide humanitarian assistance on the border, which helps it remain quiet. I think that to say that the Assad regime is the worst thing for us is not necessarily right. When the Alawite regime was on the border, we had one of the quietest periods in history. There is no reason to heat it up.”